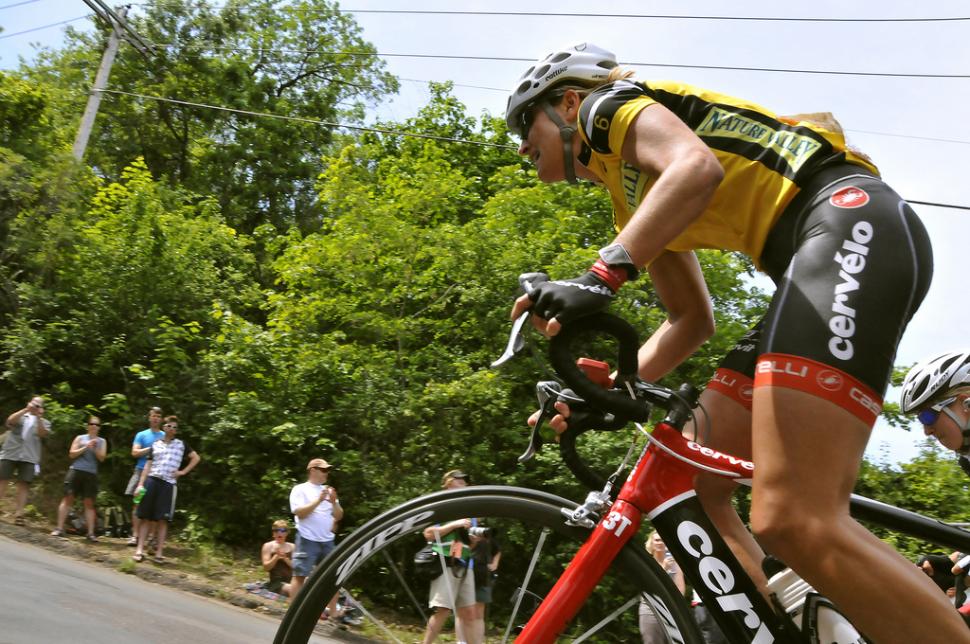 Kristin Armstrong wins the Women's TT at the World Championships

Kristin Armstrong cemented her place at the top of the women's TT ranks with an imperious display in Mendriso, taking the Women's TT title by a big margin. The American looked a class act on the Swiss streets, taking the rainbow jersey by 55 seconds from Italian Noemi Cantele. Linda Melanie Villumsen of Denmark took the third podium place.

The two-lap course featured a sharp climb and some tight sections so didn't necessarily look to favour a TT specialist, But Britain's Emma Pooley will be looking to the road race for medals after she came in in eleventh place. Wendy Houvenaghel finished in 23rd overall.

Pooley went through the first lap in eighth, 44 seconds off Olympic champion Armstrong's leading time and the American just got better as the race went on. By the time Pooley crested the climb for the second time she was out of contact with the leaders.

Armstrong passed Olympic bronze medallist Karin Thürig, who started 90 seconds behind the American, on her way to the line and sprinted in to record a finishing time of 35:25, 55 seconds in front of the Italian Cantele. Emma Pooley faded in the run-in, finishing nearly two minutes down, and none of the riders behind her had the power to compete with Armstrong either. Defending champion Amber Neber was the last over the line, finishing in sixth place.

"It doesn't matter what year it is or how many times you win, winning the World Champs is still the best feeling in the world", said Armstrong. "I wanted to focus and be happy with my performance. I wanted the strongest woman to win"

"Last year I was fifth after the gold in beijing, it was difficult to motivate myself. This time I had a year to prepare and I had a perfect day"