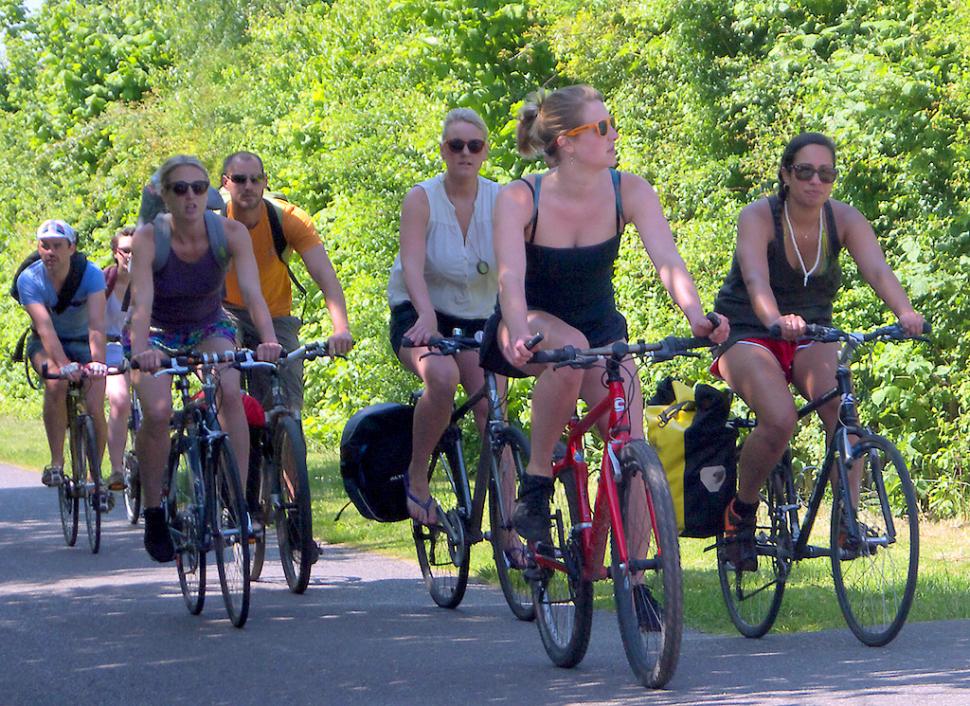 Sustrans: Cyclists should slow down

Sustrans' man in Bristol reiterates his message that go-faster cyclists intimidating pedestrians & all cyclists a bad name...
by John Stevenson

In an opinion piece for bristol247.com, Jon Usher of Sustrans calls for some cyclists to slow down, lest we all be “perceived by pedestrians in the same way we perceive cars. We are becoming the menace that needs taming,” he writes.

Usher, the Sustrans area manager for Bristol, Bath and South Glos, writes that he thinks the recent increase in popularity of fast road bikes is damaging the perception of bike riders.

“The sale of racing bikes [is] up across the board,” he says, as the success of British cyclists inspires people to take to two wheels and drop handlebars. “However, this surge in sporting goods for leisure is percolating rapidly through to the urban cycling for transport realms.

“This transition has meant a shift from a relatively slow, cumbersome machine in urban environments to something much faster.”

You might think, given the certainty of these comments, that Sustrans had performed an extensive survey on the public perception of cyclists. But it appears the evidence here is Usher’s own observations.

Bikes with skinny tyres and drop handlebars ... are a cause for real concern

“Bikes with skinny tyres and drop handlebars are regularly ridden at excessive and frankly anti-social speeds on my daily commute. They are a cause for real concern,” he writes.

However, it turns out that what Usher is really concerned about is speed on shared use paths, like the Bristol and Bath Railway Path, “where their use was never foreseen or catered for.”

“As a cycling community on these shared use paths, we are beginning to be perceived by pedestrians in the very same way that we perceive cars on the roads. Collectively in the eyes of many, we are becoming the menace that needs taming,” writes Usher.

“When we take to two wheels, we become ambassadors for all other cyclists. The arguments for investment become that much more difficult when you have to overcome negative perceptions before meaningful discussion can take over.”

“We need to take a leaf out of Amsterdam’s book,” he concludes. “We all have a collective responsibility to behave and not intimidate others.

“We have a collective responsibility to slow down.”