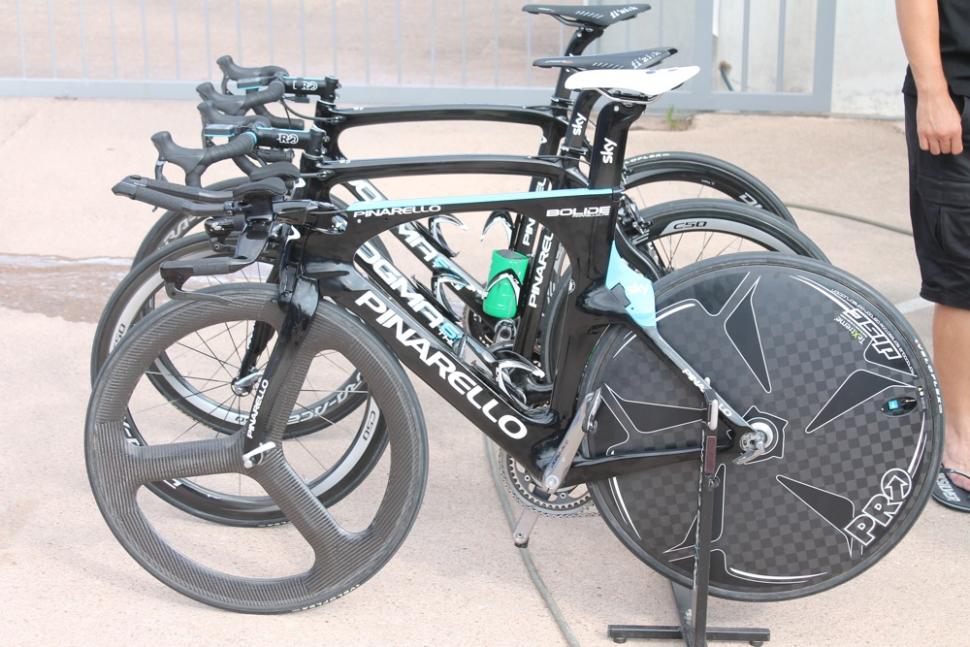 The Cannondale Pro Cycling team will be riding the Tour de France on Fizik saddles bearing a white graphic of either a bull, a snake or a chameleon. This is to promote the Spine Concept that Fizik use to help you decide on the right saddle for you. 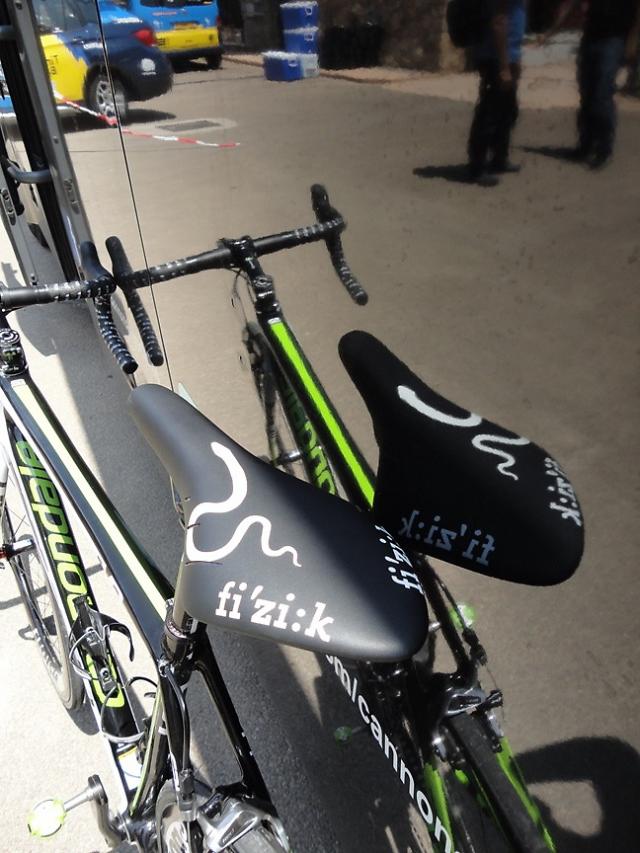 We’ve explained the concept before but, in brief, Fizik reckon that you should choose a saddle based partly on your spine flexibility. If you have a highly flexible spine you’re a snake and the best saddle for you is an Arione. 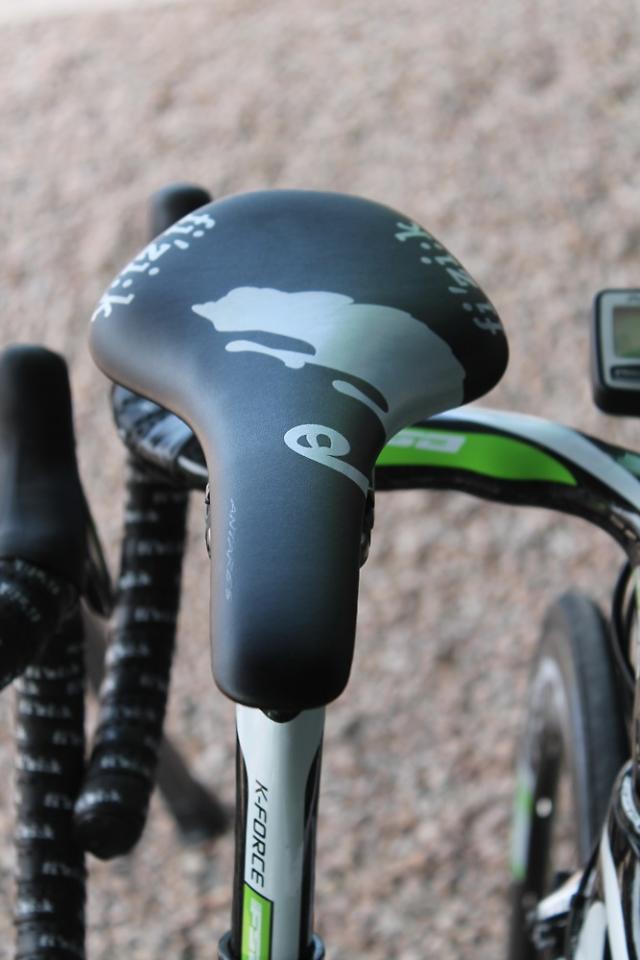 If you have medium flexibility you’re a chameleon and you should be on an Antares. 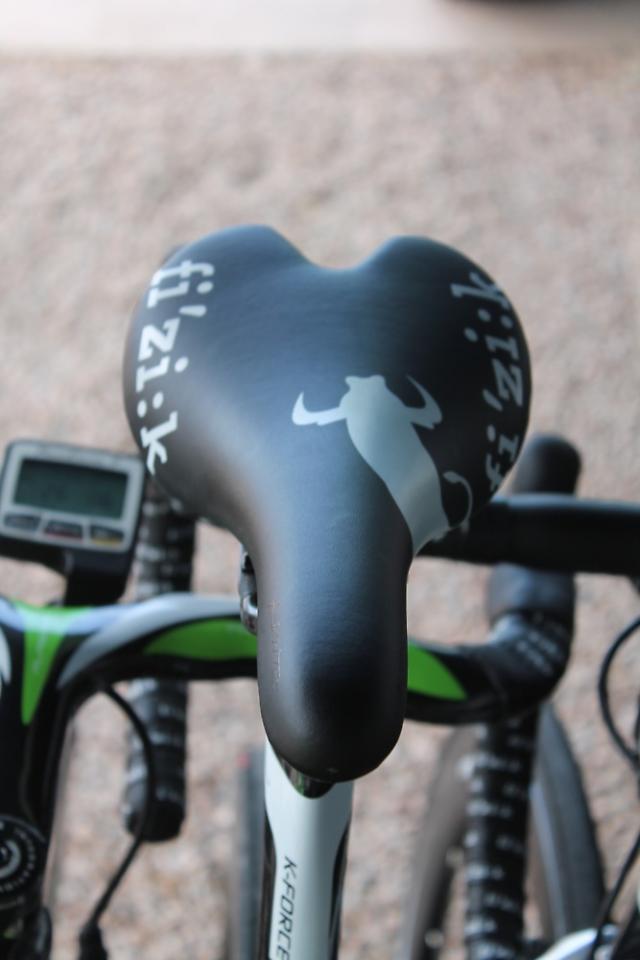 And if you have low flexibility you’re a bull and should be on an Aliante. Peter Sagan for example, is a bull according to Fizik’s classification. 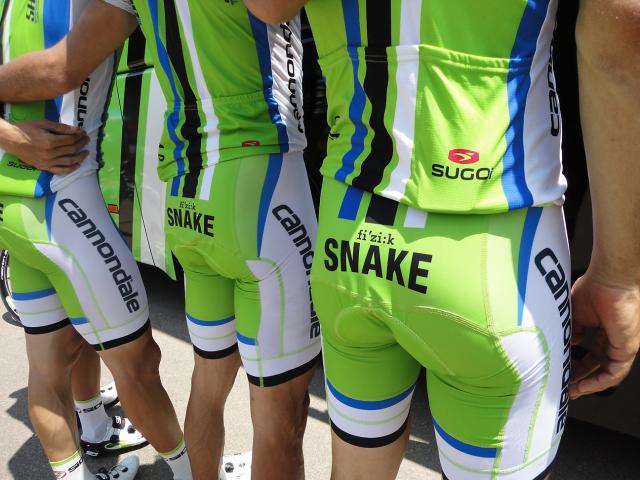 As well as a Fizik logo on the rear panel of each rider’s shorts, they’ll have the animal name printed there. Innovative thinking from Fizik’s marketing department. One of the most useful features of electronic shifting is that you can have multiple shifters for the same function. Sprinters can have an extra shift option on the drops, climbers can have a satellite shifter on the tops, and you can have shifters on a time trial bike’s base bar as well as on the extensions, so can change gear when riding out of the saddle or cornering. Pinarello have designed their own Di2 shifters for use with the Bolide, the electronic shifters integrated into the handlbar. This is not a Shimano Di2 design. The idea is to further reduce the turbulence at the front of the bike.

25mm tyres have taken over

Still running 23c tyres? That’s sooooo last year. We visited every team in this year’s Tour de France while we were out in Corsica ahead of the Grand Départ and maybe 70% of the wheels were fitted with 25mm tyres. 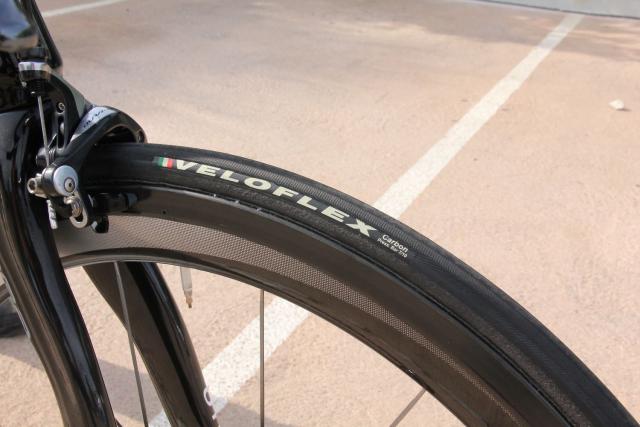 A few of the teams who are on Mavic wheels are using Mavic’s own Yksion 23mm tubulars, and the Team Belkin mechanic told us that some of their riders use 23s with Shimano C35 wheels and that all the riders use 23s with the Shimano C24s, but those are the exception rather than the rule. 25s have definitely become dominant now. 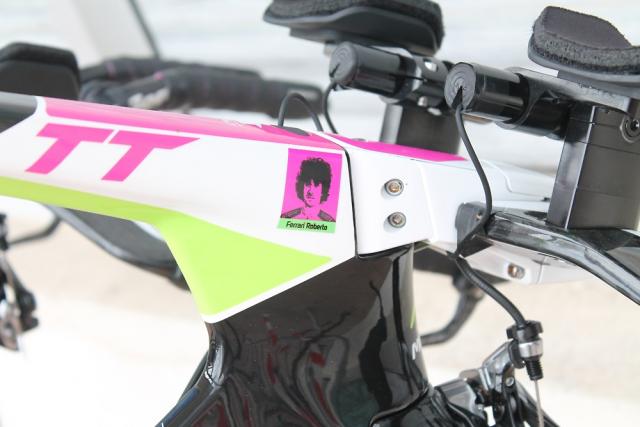 All teams put their riders’ names on their bikes somewhere but Lampre-Merida have gone one a step further by sticking a picture on there too. As you can see, this is Roberto Ferrari’s bike. It’ll be a handy way of proving ownership if he’s ever stopped by the police but we can't see this becoming the norm on the basis that it looks a bit… rubbish.

Riders sometimes prefer to use products from manufacturers other than their sponsors. Generally, this is frowned upon because it’s not exactly a ringing endorsement of a sponsor’s product if a rider chooses to go elsewhere.

A few years ago, eagle-eyed observers could spot a lot of this going on but it has become increasingly rare with sponsors insisting that, if they’re stumping up the cash, everyone on the team uses their stuff.

Selle Italia sponsor Katusha, for example, but Gatis Smukulis prefers to run a Specialized saddle with the logos blacked out. 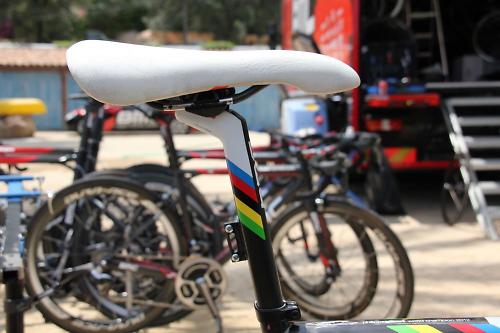 On the other hand, Selle Italia have non-sponsored fans of their own. BMC’s Philippe Gilbert goes for a Flite with the logos scrubbed out rather than using a perch from Fizik. 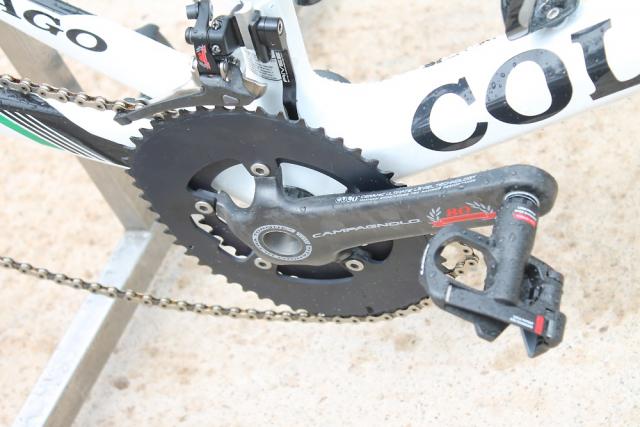 Pierre Rolland of Europcar uses Osymmetric non-round chainrings rather than Campagnolo’s round rings. 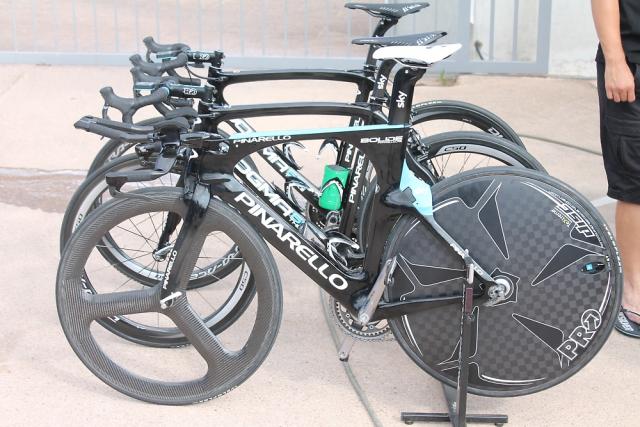 You won’t find any Shimano or Pro logos on the trispoke front wheel of Vasil Kiryienka of Team Sky. It looks like a HED to us.

That’s not a stem, it’s a tiller

Most pros use long stems. 130mm is most normal, 140 is commonplace, and there are plenty using 150s too in order to get that low and stretched riding position that they’re after. 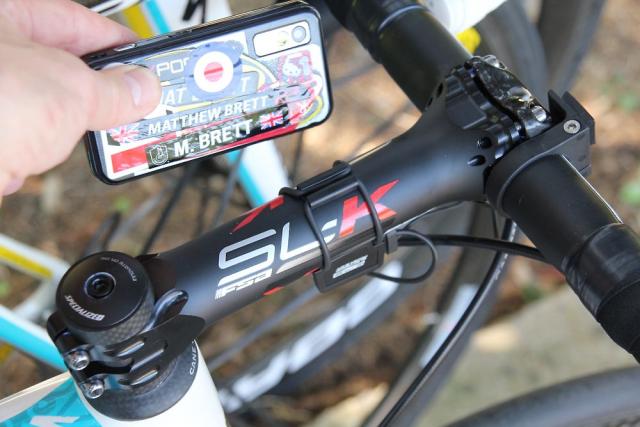 This Astana rider – we think it’s Andrey Kashechkin – takes things to another level with a 170mm stem from FSA. We didn’t even know 170mm was a stem length – it’s more of a crank length. It’s so long that it reaches out beyond the hub of the front wheel. It must be like steering an oil tanker… Andrey's going to find it interesting when the Tour hits some super-twisty Corsican roads on stages 2 and 3.