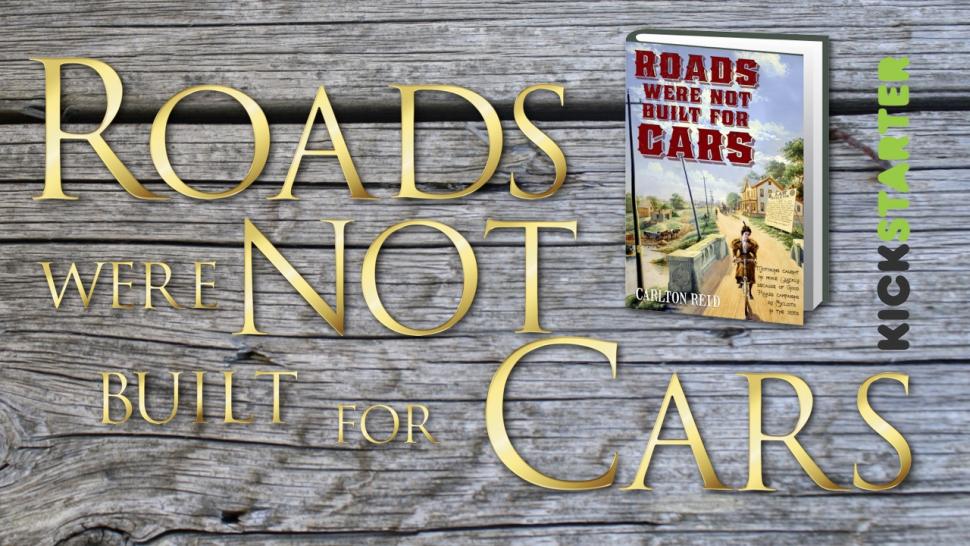 'Roads Were Not Built For Cars' book now live on Kickstarter

Carlton Reid's exploration of how cycling activists literally paved the way for cars is already 25% funded...
by dave atkinson

Carlton Reid, the editor of industry mag Bikebiz as well as the man behind the ipayroadtax website, has been working on a book for two years, and now you've got the opportunity to help him make it a reality.

Roads Were Not Built For Cars is a history book exploring the role of Victorian cyclists in improving highways for everybody. Many of the early calls for paved roads, both in the UK and abroad, came from cyclists, and at the time cycling groups were among the political heavyweights. The book runs to 350 pages, and Reid is looking to secure £4,000 to get the first run printed, via a pitch on the crowdfunding website Kickstarter. There will also be Kindle and iPad versions, and a free-to-download PDF of the book's text.

“I was stunned by the immediate interest,” said Reid. “It makes all the hard work worthwhile and I hope the early interest continues so I can get this book out into the world.”

Reid added: “Cyclists were written out of highway history in the 1920s and 1930s by the all-powerful motor lobby.” He said his book “tells the full story, putting cyclists centre stage again.” Cycle campaigners, he says, lobbied for better roads 25 years before motorists did the same. The CTC, and the forerunner to British Cycling, founded the Roads Improvement Association in 1885. In America the Good Roads was founded by the League of American Wheelmen in the same period.

If you fancy chipping in to help the fund along, then you can donate as little as £1 to the cause. £16 buys you the Kindle version, with the media-rich iPad version two pounds more. The printed books start at £21, and there's plenty of other levels you can come in at; for £275 you'll get the book, and Carlton will go anywhere in the UK you like – by bike and train, of course – to give an illustrated talk on the subject. Roads Were Not Built For Cars looks like it'll breeze to its £4k target if the first few hours are anything to go by. The book has raised over £1,000 already with the first pledge, Carlton told us, appearing just three seconds after the pitch went live. If you'd like a copy of the first run – or to book that illustrated talk, there's only one of them – head over to the pitch page.