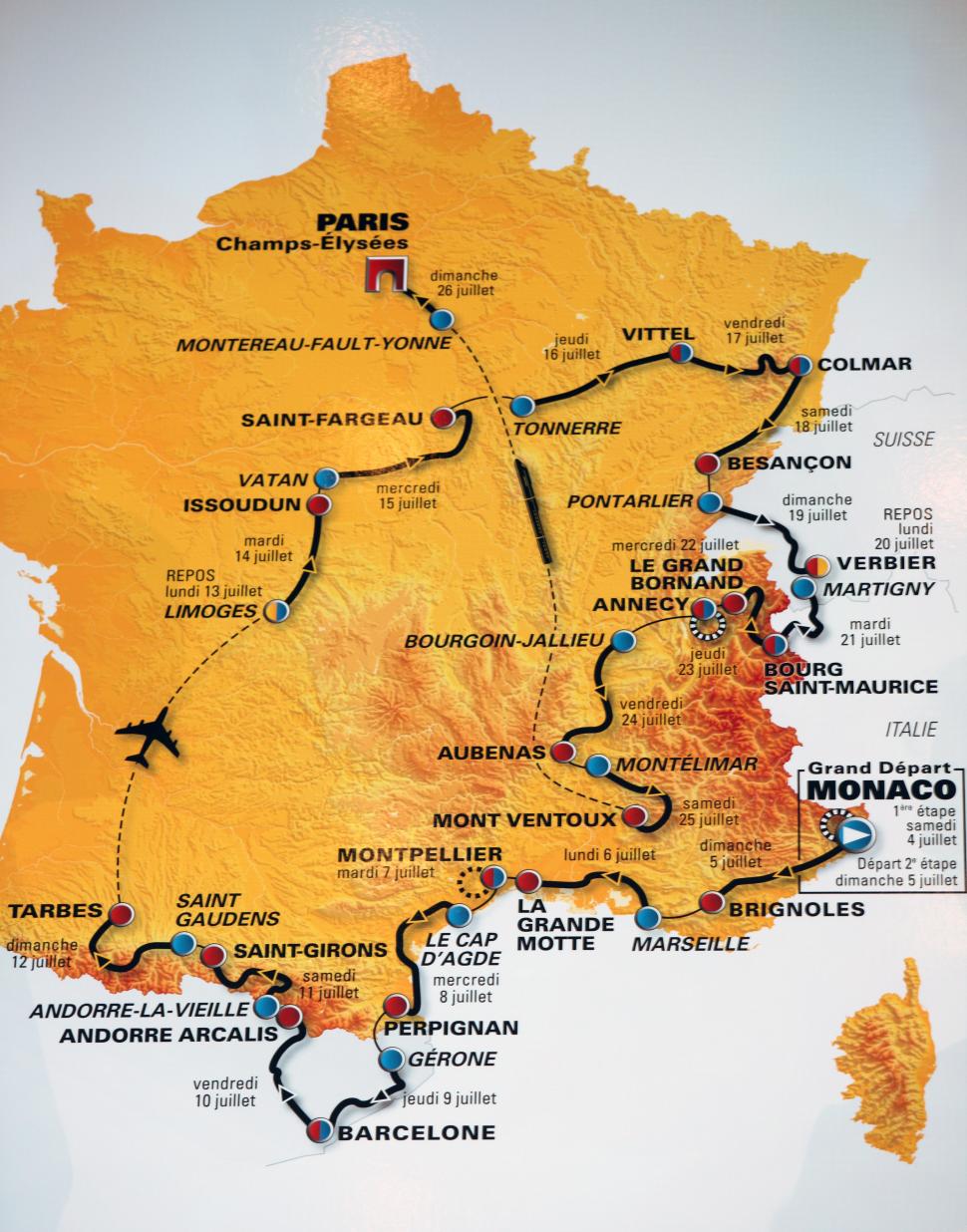 The Ventoux's back in play.....
by Barney Fletcher

The route for the 2009 Tour de France has been unveiled today at the Palais des Congrès in Paris. The race will start in Monaco, but the big news is not the start but the end: 24 hours before the Champs-Elysées carnival the Peloton will not be processing through the flatlands of mid-France, nor doing battle in a time trial, but grinding their way up the slopes of the mighty Ventoux.

A climber's year then? certainly the Ventoux ascent is long and steep enough for anyone who peaks on the day to take some sizeable chunks of time out of their rivals, so if the race is close it's pretty much anybody's right up to the final meaningful action. The giant of Provence has not been in the tour since 2002, and this is the first time it's been the penultimate - and possibly deciding - stage. It's also the Etape stage this year.

There's some other famous climbs too, and plenty of less well known ones. Stage 9 from Saint Gaudens to Tarbes takes in the Col d'Aspin and the mighty Tourmalet, although with a 70km run in to Tarbes it's unlikely to be a decider. Stage 17 from Bourg-Saint-Maurice to Le Grand Bornand looks like one the mountain goats will target, with an unremitting schedule of five climbs and almost no flat recovery sections.

The featherweights won't have it all there own way though there are three time trials: a 15km road circuit of in Monaco, a 38km Team TT in Montpellier and a 40km individual in Annecy.

As well as Monaco, the Tour will be dipping into Andorra, Spain, Italy and Switzerland. The one place it won't be seeing so much of is France, in fact next year's edition might more accurately be dubbed the 'Tour de South of France' the furthest north the race will go is Paris on the final day and the farthest west, Tarbes, at the bottom end of the Pyrenees. French cycling heartlands Brittany, Normandy and the Pas de Calais don't get a visit, a fact which is sure to provoke comment across the Channel.

Even so, this looks an exciting route, and if Lance does decide to ride the Tour the organisers have served notice that he needn't expect the sort of set-piece processional route around France that Armstrong dominated for seven years… unless he's already won it by the Ventoux of course.