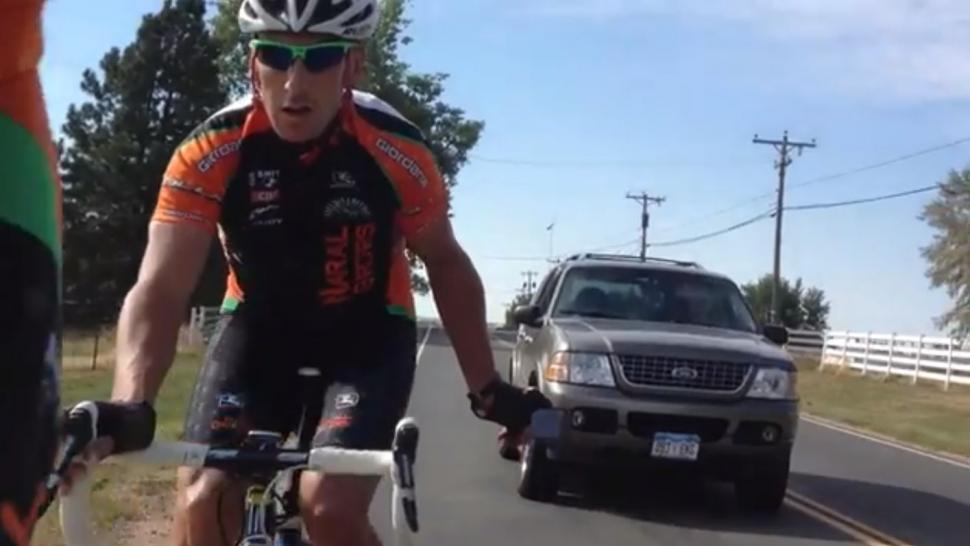 A man who was charged with harassing cyclists by driving slowly behind them hooting his horn has been rejected the opportunity for a plea deal by a judge in the USA.

James Ernst, 75, is indicted for harassing two riders, who filmed him following them and blocking the traffic near Denver.

This video was uploaded to YouTube by one of the cyclists involved, Dirk Friel, who also happens to be the founder of Trainingpeaks.org

After posting the video, he learnt that other cyclists had received similar treatment at the hands of a man assumed to be Ernst, at which point he contacted the Colorado Highway Patrol, who decided to press charges.

Ernst wants to plead guilty to the charges but the judge said the two cyclists haven’t had a chance to comment.

Friel said that while he hadn’t been watching the case too closely, Ernst’s insistence that he’d done nothing wrong hadn’t come as too much of a surprise.

"This is probably to be expected, because people tend to go in and try to talk down charges against them," he explained.

"I guess I'm just amazed that my leisurely Sunday morning ride has to lead to a day like this. It's just too bad that it had to end up like this when, to the letter of the law, the cyclists did exactly what they were supposed to do."

He added that the attention the incident garnered was positive in that it had generated a debate that made people think about how they conduct themselves on the road.

"It's good for cyclists' rights to get the word out there that we should all share the road together, cohesively,” he reflected. “I think there's quite a bunch of evidence on our side."

1
Video: Aggressive driver kicks school run cyclist – but police can’t find driver
2
Near Miss of the Day 648: Quick-thinking cyclist grabs 4x4’s registration number after driver pulls out on him for second time in a week
3
Singapore to ban cyclists from riding in groups longer than 5 bike lengths
4
The Blincc Hex 360 degree reflector tape for bikes has smashed its Kickstarter goal in just two days
5
Just Eat food delivery cyclist pushed off bike by jogger on Birmingham canal
6
Bradley Wiggins says he regrets feud with Chris Froome
7
“The justice system has let my beloved Lorraine down,” says widower after speeding driver who killed his wife given suspended sentence
8
Aussie police hunt ‘poo cyclist’ who took a dump in Melbourne driveway (+ video)