An endurance road bike with a truly innovative frame design...
by Mat Brett

The Domane (pronounced doh-mah-knee) bikes, introduced last year, feature Trek’s innovative new IsoSpeed technology. You might remember that we reported on this when it was first launched. To explain it in Trek’s own words:

IsoSpeed isolates the seat tube from the rest of the frameset, doubling compliance and comfort with zero performance drawbacks. 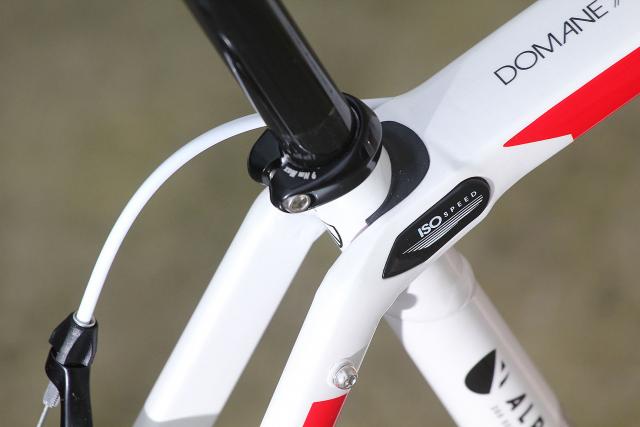 How do they manage that? They use an IsoSpeed decoupler, of course. Essentially, the seat tube is no longer attached rigidly to the top tube or the seatstays so it is free to pivot back and forth.

The idea is that you get more of our good old friend vertical compliance to increase your comfort and reduce fatigue. It’s designed to keep your rear wheel in better contact with rough roads too, rather than skittering and bouncing up, so you get improved traction. Trek also reckon that it’s laterally stiffer than their Madone.

Clearly, that’s a bonus if you’re hitting the cobbles of Flanders or Paris-Roubaix. If you’ve ever ridden the pavé you’ll know that anything that can help smooth the road surface has to be good news. But this bike isn’t intended just for rough roads, it’s also intended to add comfort on long rides without sacrificing efficiency. 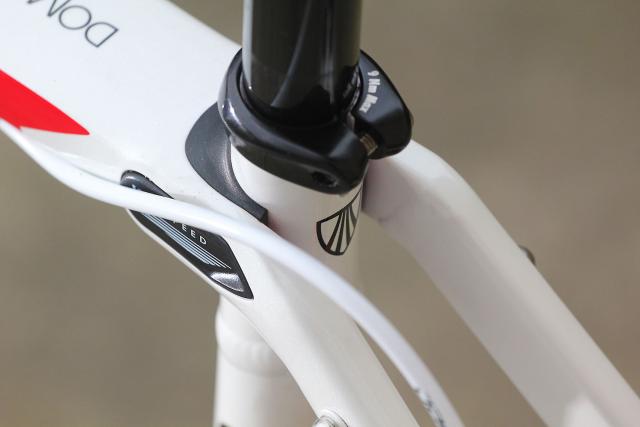 So, there you go, that’s the IsoSpeed system. We’ll go into it in a bit more detail when we write our review.

Although the higher end Domanes are built around carbon-fibre frames, the 2 Series bikes – the most affordable ones – are aluminium. That’s Trek’s 200 Series Alpha Aluminium. 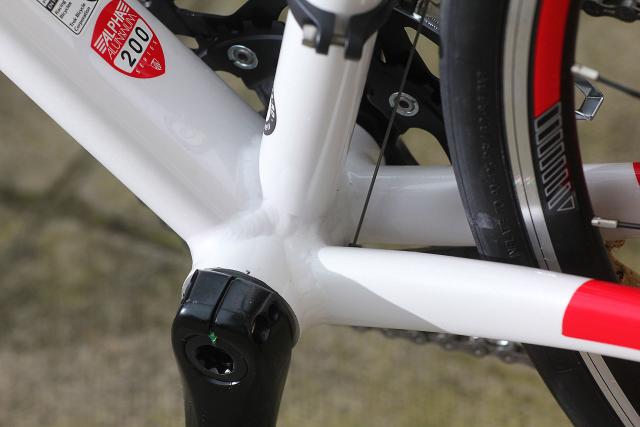 The frame is built to Trek’s Endurance geometry which means that the top tube is a little shorter than you get on Trek’s standard road bikes (even compared to their fairly relaxed H2 fit) and the head tube is a touch longer. The differences aren’t massive but you’ll get a slightly more upright ride position on a Domane. 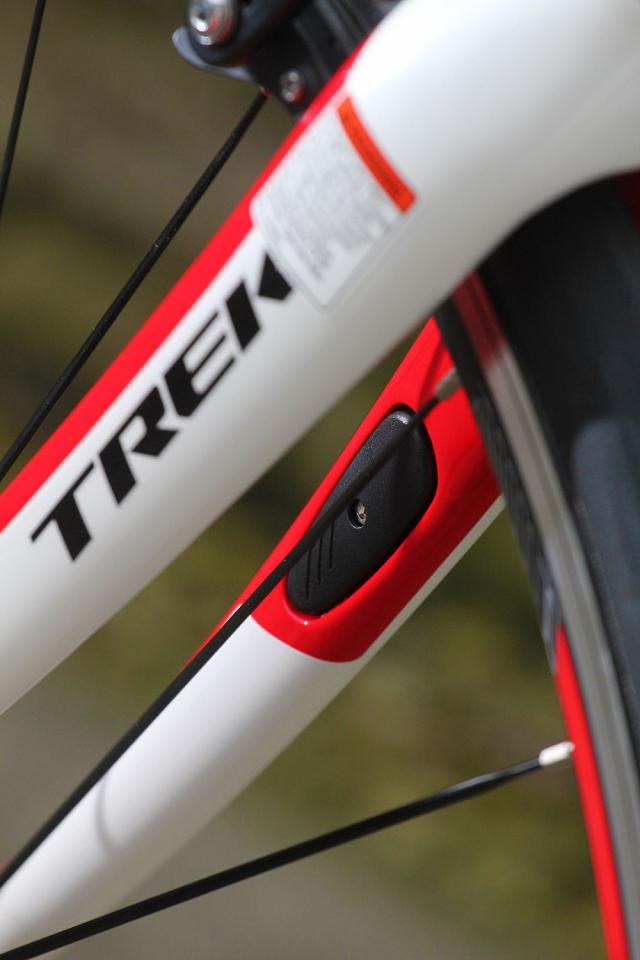 Trek also build in more stability by increasing the length of the chainstays and adding more fork offset to extend the wheelbase, and by increasing the bottom bracket drop. A couple more frameset features worth noting are that the Domane comes with mounts for full mudguards and that the carbon legged fork is SpeedTrap compatible – you can mount a computer sensor inside the fork rather than having one stick out on the side. 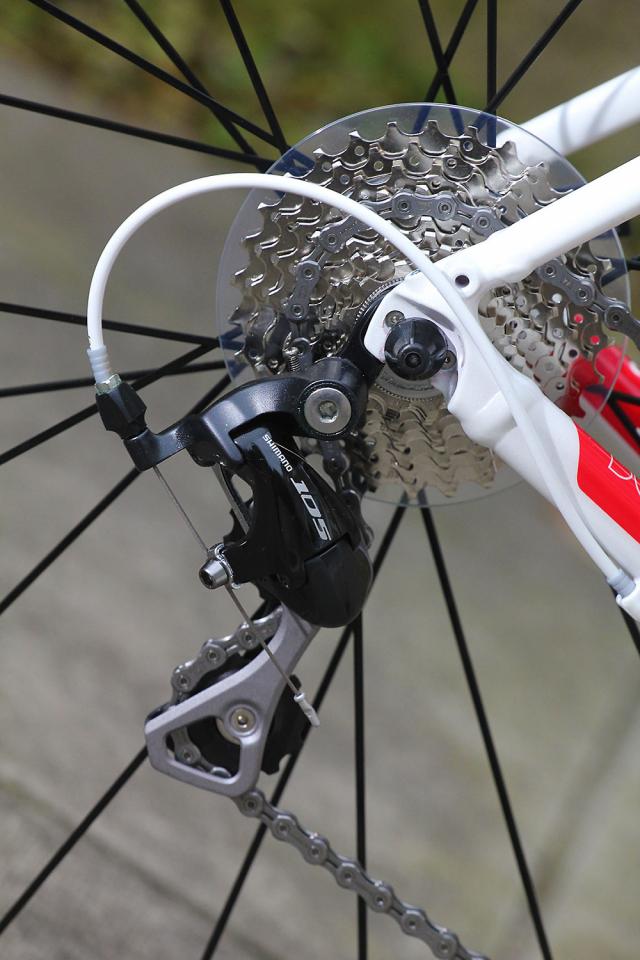 The key groupset components come mostly from Shimano’s mid-level 105 range – the shifters, mechs and brakes are all 105. If you’ve been hanging out at road.cc for long you’ll know that we’re big fans of 105. It delivers an excellent level of performance for the money. The chainset is a non-series Shimano R565 with 50/34-tooth chainrings and the only other downgrade is the 12-30-tooth Tiagra cassette. 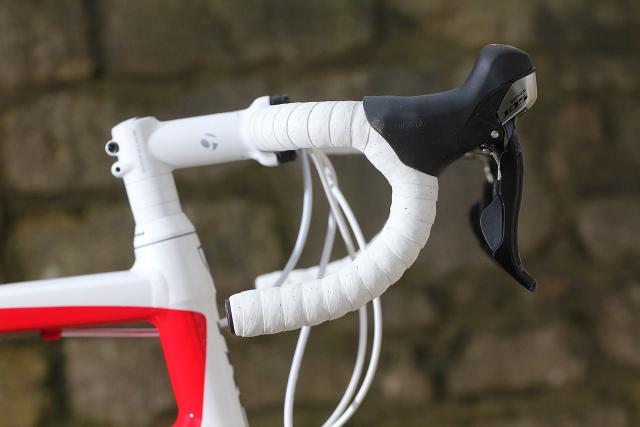 Most of the other components come from Trek’s in-house Bontrager brand, including the shallow drop VR-C bars and the carbon seatpost.

The Domane 2.3 is available in seven different sizes ranging from 50cm right up to 62cm. That one comes with a maximum seat height of 87cm. We have a 58cm model here and it weighs in at 9.27kg (20.4lb), and now we’re heading out the door to find out how that IsoSpeed technology performs on the road. We’ll let you know soon.