The Filter Hi is one of the best looking bikes from Somerset-based Charge and we have one in for review. It's a versatile steel commuter/touring/cyclo-cross bike and for 2013 it gets new disc brakes and a few other specification changes, while it is still priced at £999.99.

The big change is the switch from the previous Tektro Lyra disc brakes of last year to Pro-Max DSK-715 discs. These are new for 2013 and use 160mm rotors at both ends. The design of the calliper is very similar to that of the SRAM BB5 (Pro-Max produce some of SRAM's components) but the calliper is 20g lighter. That also means the Pro-Max uses the same brake pads as the BB5 so replacements should be easy to come by. 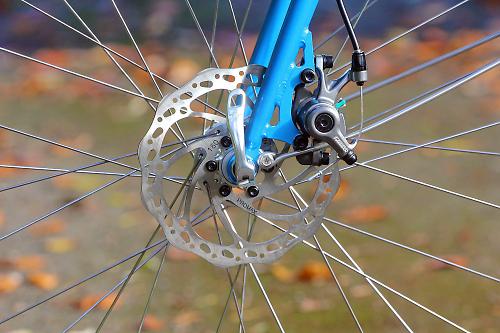 Other changes include a lighter pair of wheels. Charge wanted to reduce the rotational mass without losing the Kenda Kwick Tracx 28mm puncture-resistant tyres, so they've used XD Lite rims. The handlebar, stem and seatpost have switched from the previous FSA branded parts to in-house parts to save some weight, and the cranks have been updated to FSA Omega 46/36. 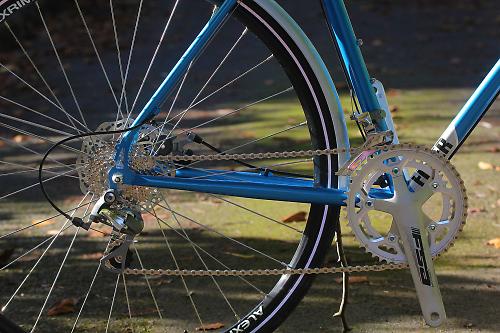 Those changes aside, the rest of the build kit carries over from last year. So there's a Shimano Tiagra 10-speed groupset with a 12-28 cassette on the rear wheel for making light of the steeper hills. Own-brand full-length mudguards, a Charge Spoon saddle and U-bend grips complete the attractive build package. 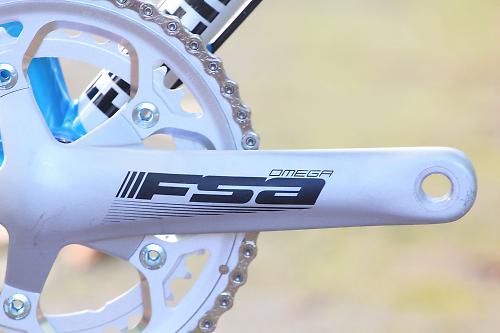 Carrying these components is a Tange Infinity double butted chromoly frame that has all the necessary mounts to run full-length mudguards and racks, and there's enough clearance for you to fit some knobbly cyclo-cross tyres. This is truly a bike you could run as a lightweight tourer in the summer and transform into a rugged 'cross go-everywhere bike for the winter. 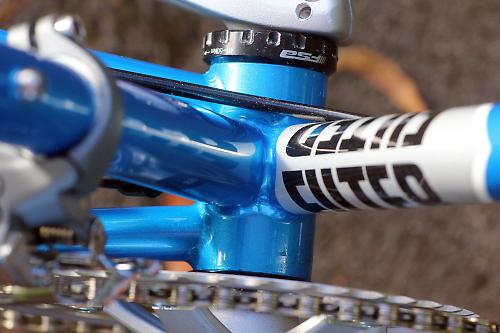 The bike comes from Charge with a distinctly urban setup, which is probably a good reflection of how most people will ride theirs. Puncture resistant tyres, proper mudguards and the comfort from the 28mm tyres makes it a great choice for somebody seeking a winter commuter. On the scales the Filter Hi weighs 11.71kg (25.81lbs). We tested the Filter Hi two years ago and found it to be a “responsive package” with a “bit of spring” that's "fun to ride". With the changes and the lower price since we tested it in 2010, here's hoping it's every bit as good, if not better. It's being ridden as we speak so watch out for a review on road.cc soon.