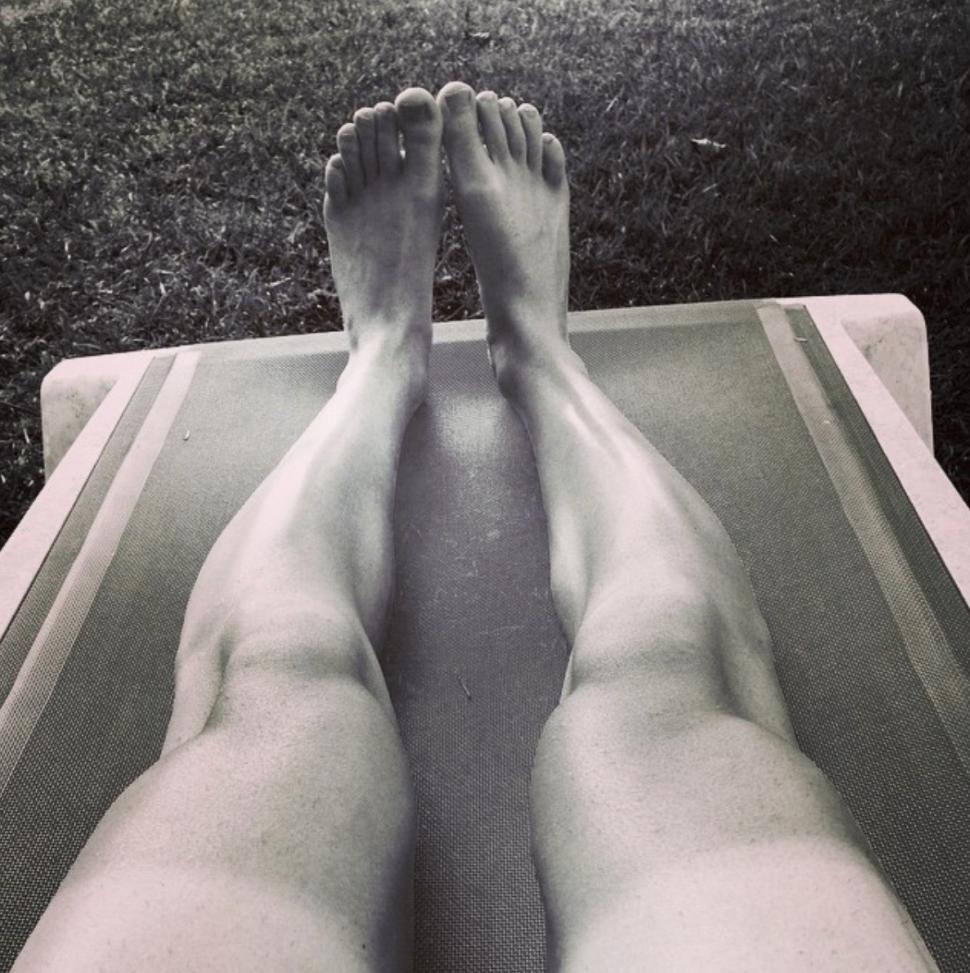 The sun's out! And so if you're planning some hot weather rides, it's important that you avoid getting sunburn.

Getting out in the sunshine is one of the glories of cycling. But with the wind in your hair, it’s easy to forget that the sun can really get its teeth into your skin, and a long day on the bike gives it plenty of time to chew your exposed skin.

Sunburn is no fun. Your skin ends up red and sore. In extreme cases it can even blister. After a few days it peels and can itch like like hell. 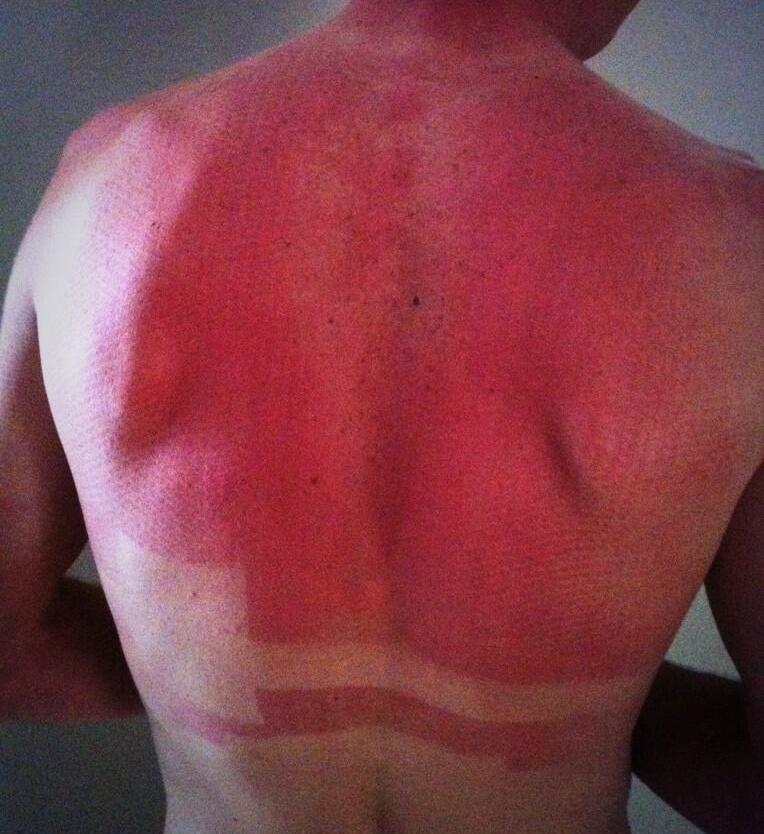 As well as the short-term discomfort, sunburn now can lead to skin cancer later in life. In its most aggressive form, melanoma, skin cancer can quickly spread and become life-threatening. According to Cancer Research UK a history of severe sunburns doubles your risk of melanoma, and the incidence has been rising for the last few decades as people take more holidays in hot, sunny countries.

I lived in Australia for several years, a country full of pasty white people that has a big problem with the consequences of excessive sun exposure. Public health campaigns have had some effect in changing people’s behaviour, especially the classic “slip, slap, slop”:

It’s good advice even if you don’t live somewhere the sun can fry you in mere minutes. Australia’s Cancer Council has added two more bits of alliterative advice: Slide on sunglasses; and seek shade.

Staying in the shade isn’t very practical if you’re riding a bike, but let’s look at how to best carry out the other four.

It’s worth pointing out that these precautions are especially important if you have pale skin, red hair, lots of moles or freckles or are one of those unfortunate folks who always or usually burns rather than tans. But you should still take precautions even if you have dark hair, brown eyes and usually tan, because it’s easy to be out on the bike for long enough to burn if the weather’s good.

Slip on a shirt 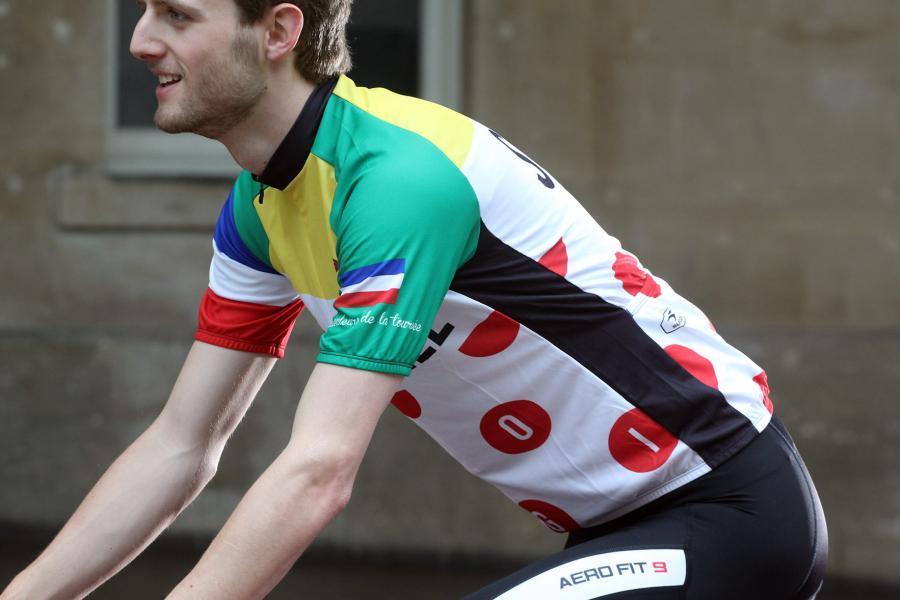 Or any other sun-protective clothing. Many cycling shirts are now rated for their Sun Protection Factor (SPF), in the same way as suncreams. Cycling shorts are usually similarly opaque unless they’re very old and worn, in which case you should think about the view you’re inflicting on your riding companions and bin them.

It’s traditional to ditch sleeves and leg coverings at the first hint of good weather, but if it’s still cool enough for arm and leg warmers, you should carry on wearing them. You can get lightweight warmers specifically designed for sun protection, or wear Lycra tights or three-quarters to protect the tops of your knees.

Slap on a hat 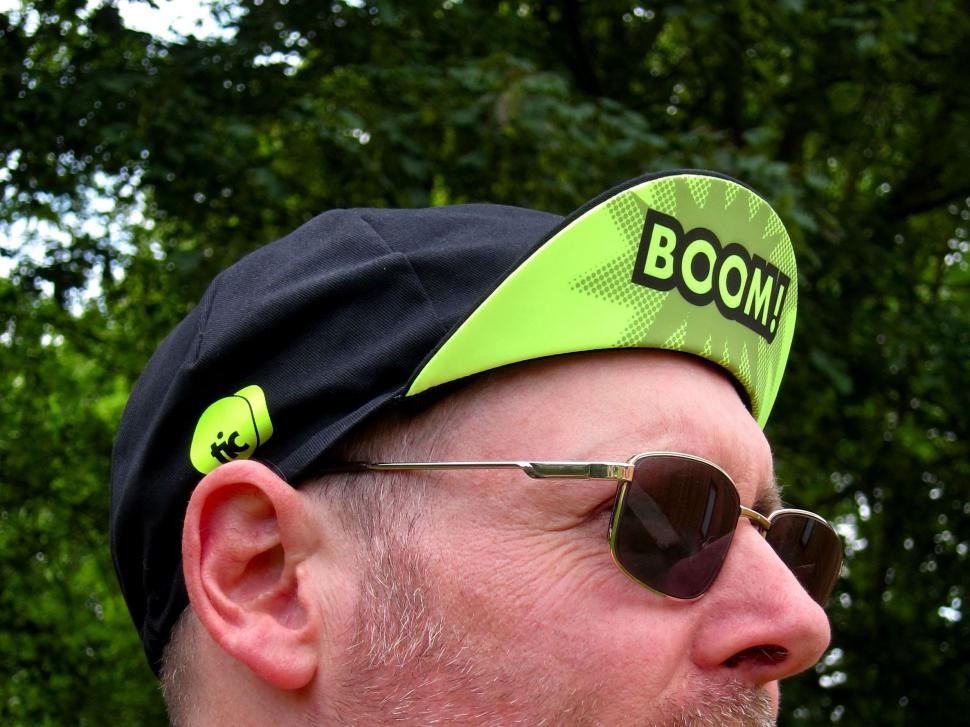 Tricky, this one. On any sort of drop-bar bike you’re not going to be able to easily keep on the sort of wide-brimmed hat the Aussies have in mind. A traditional cycling cap, on its own or under a helmet, provides a bit of protection especially if you’re not well-thatched. The shade from a peak, on either cap or helmet, will help keep the sun off your face, but you’ll still need sunscreen.

Suncream should have an SPF of at least 30, and preferably 50. In theory that means you can stay in the sun for 30 (or 50) times longer than if your skin were bare, but in practice a number of things can reduce the protection sunscreen provides.

To maximise the effectiveness of sunscreen you should apply it plentifully, at least 20 minutes before you go out. That means at least a teaspoonful on each limb and an equivalent amount on other exposed skin like your face, ears and the back of your neck.

Sweat can displace sunscreen, so the more water-resistant the formula the better, and you should apply a top-up every two hours. That means a small tube of sunscreen is a summer jersey pocket essential.

Sunscreens contain chemicals that absorb UV rays before they get to your skin, or physical barriers such as ultra-fine particles of zinc oxide or titanium dioxide that reflect it, or both. According to the Skin Cancer Foundation many sunscreens combine several different chemical and physical ingredients in order to provide broad-spectrum protection.

There are usually at least three active ingredients including PABA derivatives, salicylates, and/or cinnamates (octylmethoxycinnamate and cinoxate) for UVB absorption; benzophenones (such as oxybenzone and sulisobenzone) for shorter-wavelength UVA protection; and avobenzone, ecamsule (MexorylTM), titanium dioxide, or zinc oxide for the remaining UVA spectrum. 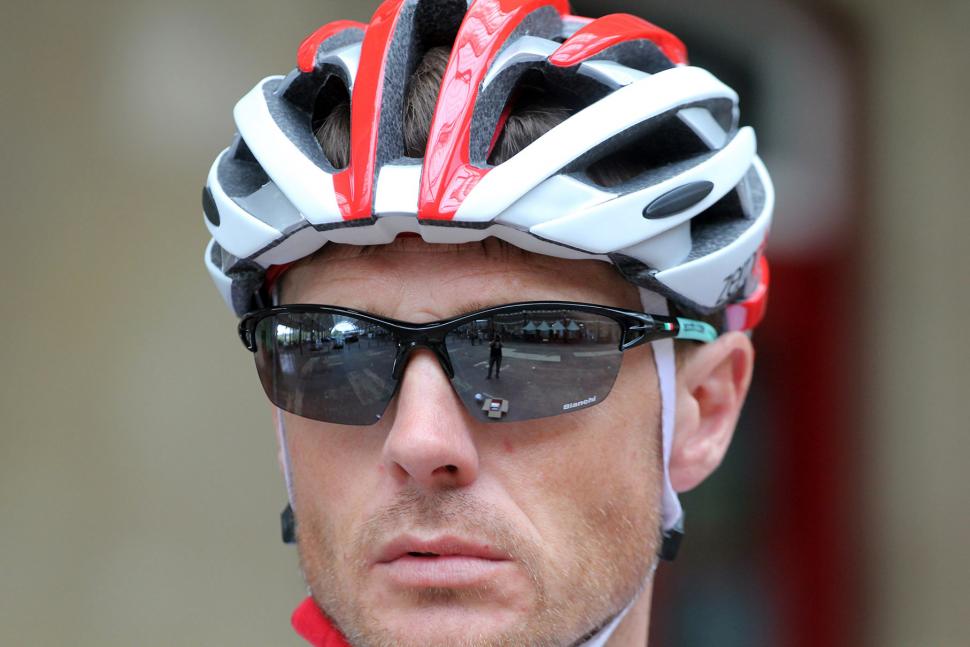 Repeated exposure to bright light and UV can cause a range of short- and long-term eye problems including including cataracts, macular degeneration, growths on the eye known as pingueculae and pterygia, and photokeratitis (‘snow blindness’).

In the UK, sunglasses have to meet British Standard BS EN 1836:2005, so look out for markings that indicate compliance and don’t buy anything that doesn’t meet the standard.

You should also check sunglasses for consistency and optical clarity by looking through them at arm’s length to see if they excessively distort the view.

On a bike sunglasses also help keep bugs and other flying crud out of your eyes, so as well as dark lenses for daylight, it’s worth having a second pair with clear or yellow lenses for low-light riding.