On Sunday Alexandra Palace in North London hosted a chilly final round of the Rapha Super Cross series. In a battle that went to the line Hope Factory Racing took the spoils.

With an estimated 10,000 spectators (it certainly felt like a lot - though I'm not sure it was that many), the air was abuzz with the sound of cowbells and the smell of frites, and Belgian beers hung heavy in the air, bringing a slice of the Belgian 'cross atmosphere to UK soil, making an exciting culmination for what has been a well received event. 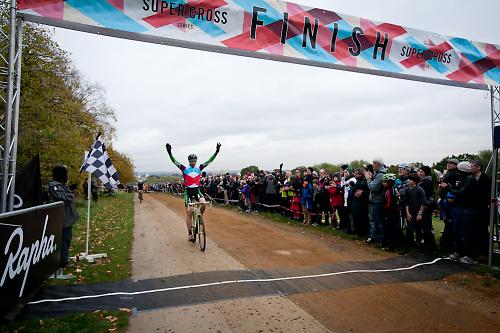 Hope went into the final round with a healthy two-point lead, but Hargroves-Specialized and ROTWILD-Forme Coaching rode inspired races on the slippery and hilly terrain to push the series leaders down to third on the day.

Only count back separated the top two squads, with Hope’s wins in the two previous rounds at Broughton and Misterton giving them the edge. 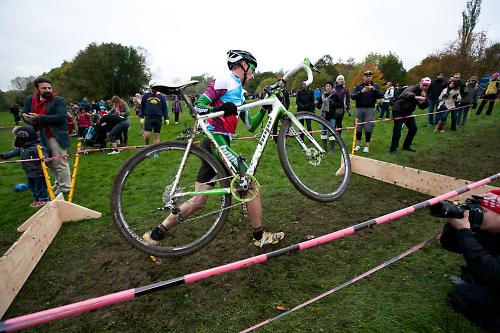 Delia Beddis repeated her previous day’s victory in Misterton after a storming last lap to catch Leona Kadir in the women’s race.

Once the serious competition was out of the way, entrants in the Fun category were subjected to the compulsory wall of foam and the optional tequila shortcut - where you could cut out a section of the course in return for drinking a shot - both proving popular with the cowbell-toting throng. 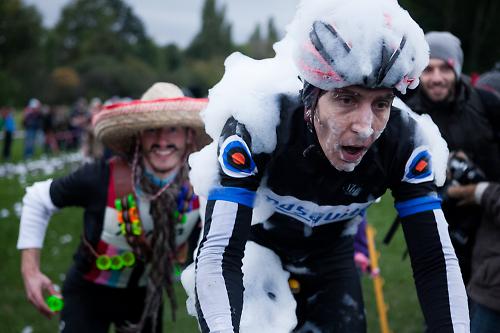 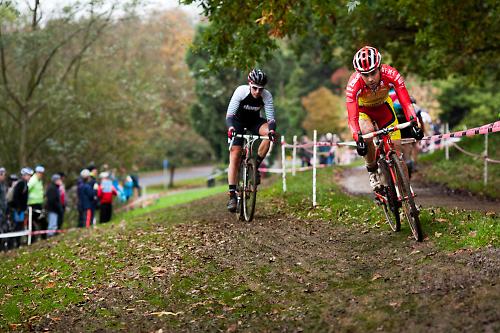