SwiftCarbon are at the Cycle Show that’s taking place at Birmingham NEC until the end of the weekend so we got the chance to take a first proper look at their range of bikes.

Swift is a new brand set up by former pro rider Mark Blewett. The idea is to produce performance bikes at reasonable prices. That doesn’t mean cheap – the frameset of the top-end Ultravox TI (yes, Ultravox) is £2,300. If it means nothing to you, the Ultravox TI – the TI stands for Team Issue – is a new-for-2013 version of the Ultravox RS-1 that was in the range last year. The back end is distinctive with very flattened seatstays that are designed to add comfort. All the cabling is internal and the bike is UCI approved for racing at all levels. The head angle is a smidge slacker than most and the wheelbase a little longer for a bit more stability. Swift reckon the small sized frame comes in at 900g. The Ultravox RS-1 was in the 2012 range but it has been altered a little and is more affordable too, at £1,850 for the frameset. It has the same features and geometry as the TI model but it’s uses lower grade carbon. Swift say this one weighs in at 1,050g (small sized frame), which is still pretty light. 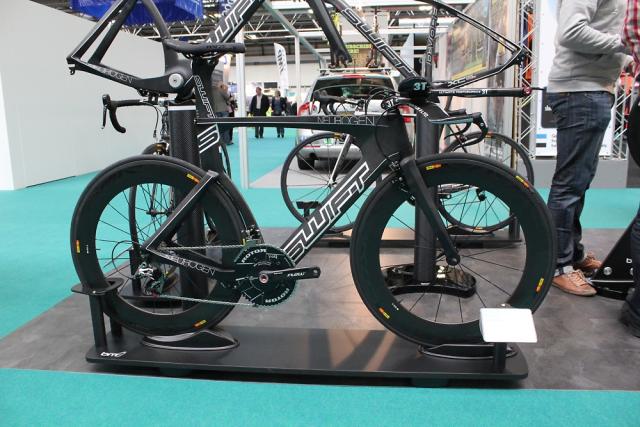 Swift have two TT bikes in the range, the higher end one being this Neurogen, and it ticks many of the usual boxes with a seat tube that’s cutaway around the rear wheel, a very deep head tube (it’s 16cm front to rear), and a stem and fork crown that sit within the frame silhouette to keep the frontal area down. The tube profiles are made with NACA (NationalAdvisory Committee for Aeronautics) aero profiles and both brakes are sheltered – the V-style front brake sits behind the fork legs while the rear one is hidden under the bottom bracket. It meets UCI as well as triathlon regulations. 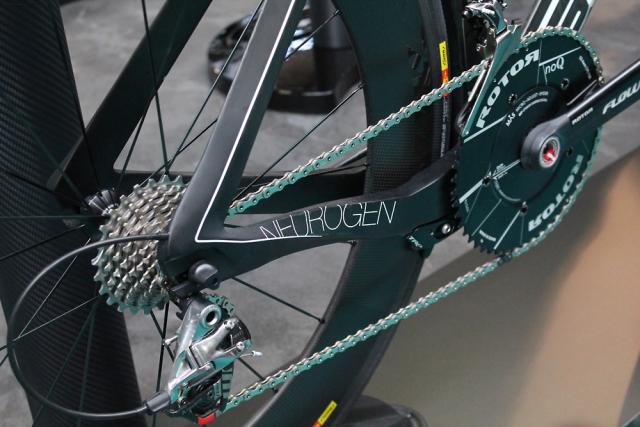 Swift say they’ve stiffened the bike up using high modulus carbon in key areas but we’ve only seen the bike, not ridden it, so we can’t comment on how it performs. What we can tell you is that the frameset is £2,800.

All of the Swift bikes are available as complete builds. For more details on the range go to www.swiftcarbon.com or visit them at the Cycle Show which is open until Sunday.

Tickets cost £16 on the door and kids under 15 are just £1 with a paying adult. But enter RCC into the voucher code box and you'll only pay £11.50. How about that? Get your tickets here!

To mark the brand new Tour Ride Cycle Show Sportive – the last event of the 2012 Tour Ride series, which takes place at the end of this month, road.cc has teamed up with The Cycle Show and Trek to offer you the chance to win a Trek Domane 4.3 road bike, worth £1,800! Get your details in the hat now.