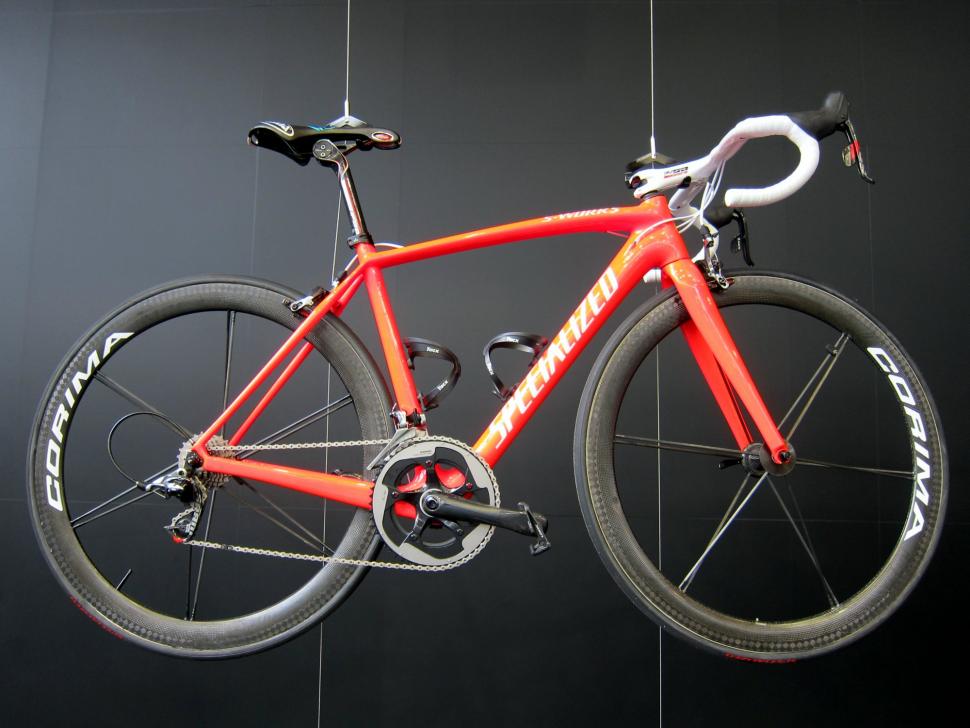 Olympic road race champion Alexandre Vinokourov has raised around a quarter of a million dollars for charity after auctioning the red Specialized bike he rode to victory and a gold medal on The Mall in London in July.

The money, raised through the bike’s sale at auction on Sunday, is expected to go to charities treating seriously ill children, reports the Kazakh website, Tengrinews.kz.

The bike sold for $243,000, nearly five times the starting bid amount of $50,000. It was bought by Tak Group, which Tengrnews says is a charitable organisation involved in sport, tourism, the arts and cultural projects.

While $243,000 is undoubtedly a lot of money to pay for a bicycle, even an Olympic gold medal winning one - it is still less than half the amount paid for the world's most expensive bike - the Damien Hirst Butterfly Bike - a top of the line Trek Madone ridden by Lance Armstrong in the final stage of the 2009 Tour de France which sold for $500,000 at auction. Hirst decorated the bike with real butterfly wings - hence the name.

Like all bikes ridden by Specialized riders at the Olympics, irrespective of nationality, Vinokourov's - an S-Works Tarmac SL4 - was painted bright red, giving the brand a highly visible presence in the peloton despite strict Olympic rules on branding.

The Kazakh rider also wore a matching helmet, providing a rather striking contrast with his turquoise and gold national kit.

Vinokourov’s London 2012 kit was sold for $10,000, while kit worn by another cyclist from the Astana team, which the Olympic champion remains involved with despite his retirement from racing, raised $2,500.

The website didn't specify whether that last item was team or Olympic kit - and in the case of Astana and Kazakhstan, the two are identical at first glance - but only one other rider represented the country in the men's road race, Assan Bazayev, and he also rides for Astana.

“The bicycle brought good luck to me and I can now support the young citizens of Kazakhstan who are having a difficult time at present by selling this bicycle,” said Vinokourov.

“I hope that some of them will become champions, not necessarily in sport, but in their own lives. They should be strong in spirit and fight to the end! And in this case they will win,” he added.

Vinokourov rode a 52cm Specialized Tarmac SL4, which like all of Specialized's sponsored athletes was painted red. The IOC have very strict rules about branding on products used in the Olympics and Specialized's rather cunning solution to this marketing problem was to paint their bikes red.

Vino's team Astana are sponsored by Corima and his bike was fitted with an Aero+ MCC rear wheel and Carbon Viva S front carbon tubular wheelset  (not the Aero+ front wheel pictured here). A rare sight in the peloton, Corima's flagship wheels are built with a full carbon fibre construction which include the rim, hubs and spokes. Such a wheelset weigha in the region of 1100g, which surely helped on the nine ascents of Box Hill.