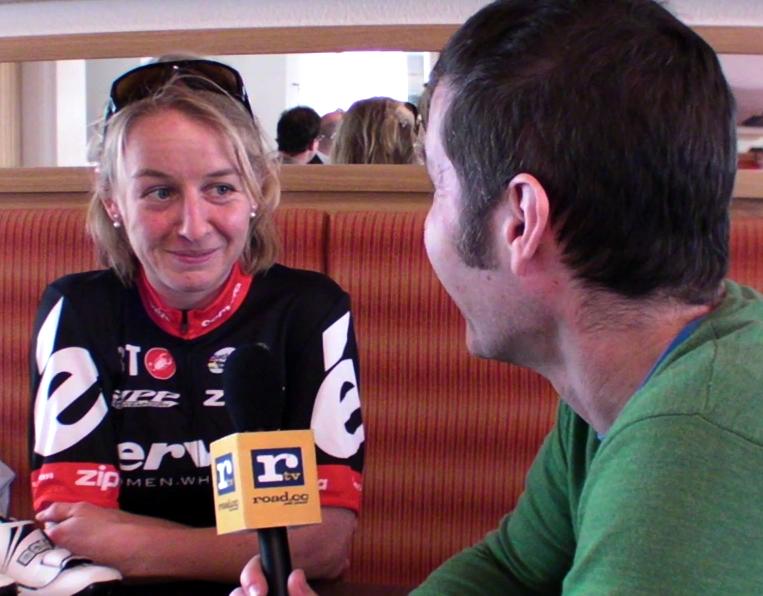 Emma Pooley signals that she may retire from cycling

Olympian cites low pay and lack of women's teams, as well as focus on her PhD as reasons...
by Sarah Barth

Emma Pooley has given the strongest signal yet that she is considering ending her cycling career.

The 29-year-old rider, who missed out on a medal at this year's Olympics, coming sixth in the time trial, has recently had news that her team, AA Drink - Leontien.nl, will fold after the sponsors pulled out post-Games.

It's her second team to fold in as many years, after Garmin also dropped its women's squad.

Pooley, who is mid-way through a university doctorate, told BBC Radio Norfolk that she was undecided about her future.

"I don't want to race and race really badly, so it depends if I could find a time that would let me work around my PhD commitments, which I probably could, but I'm just not sure how I feel about it at the moment.

"I'm going to wait and see. At the end of the season, after the World Championships, it'll be a bit clearer in my head and I'll be able to make a decision," she said.

In complaints echoing with those of Sarah Storey in our interview yesterday, she said: "It's not that easy in the women's cycling scene because there aren't enough teams.

"Every year a team or two seems to go under, so every year there are always lots of good riders looking for places. I think I could find a team, I've talked to a few."

"If I was a male cyclist, I wouldn't have to work after I finish cycling," she said. "It's a bit like football. The wages are much higher, not at all levels, but, at the level I've got to in women's cycling, the disparity in pay is quite incredible."

But she added: "I'm not suggesting I should be paid millions. I'd like to have a useful, productive job when I've finished cycling."