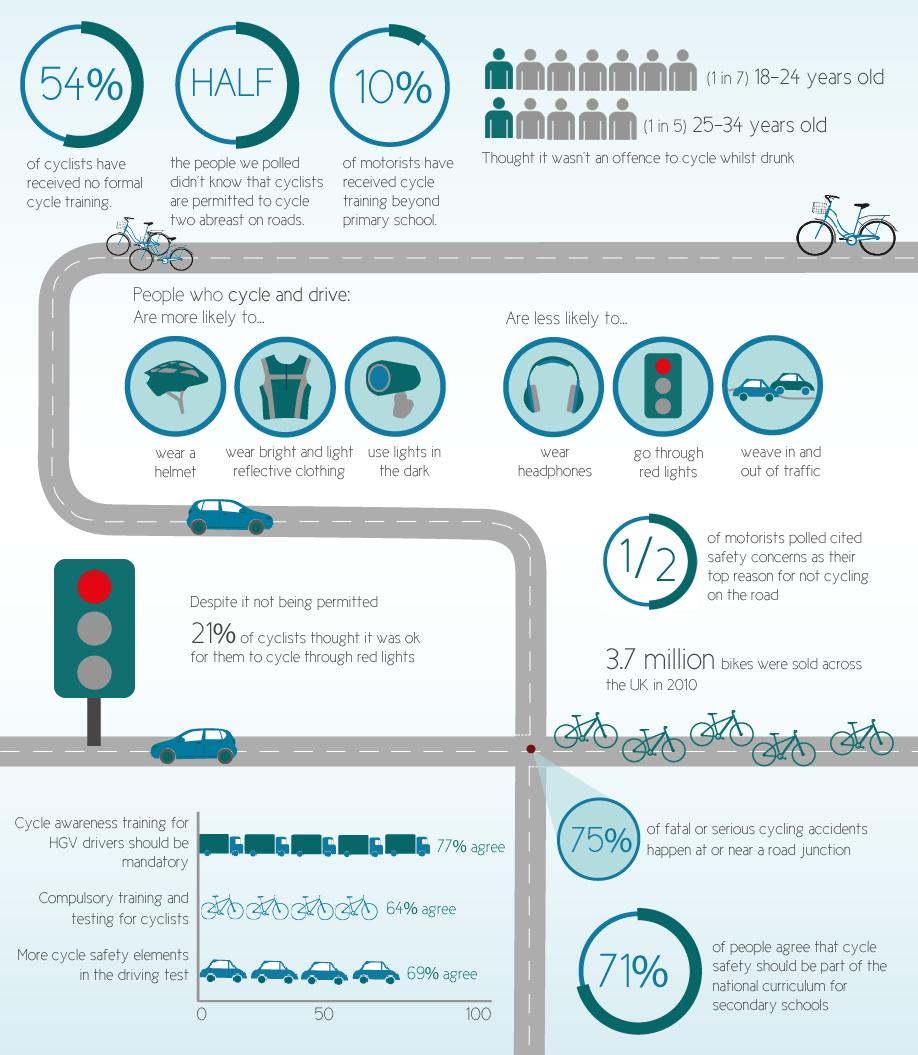 An open letter from motor insurance company Ingenie to Secretary of State for Transport Justine Greening that called for all cyclists to be required to “undergo compulsory training and testing before they take to the road” has attracted strong criticism from cyclists on social media channels including Twitter.

The letter to Ms Greening formed part of a campaign from Ingenie called #ShareTheRoadUK launched yesterday, accompanied by the infographic pictured above and with heavy promotion on Twitter, including by footballer turned TV presenter Gary Lineker as well as the endorsement, subsequently withdrawn, of cycling website BikeRadar.

Ingenie provides insurance to young motorists who often have trouble securing motor insurance or are charged high premiums, using telematics – also referred to as ‘black box’ technology – to allow it to assess risk on an individual driver basis.

Gary Lineker, brand ambassador to Ingenie as well as an investor in the in the business, had claimed on Twitter, where he has more than 1 million followers, that those cyclists criticising the company’s view were  "only the uncompromising extremist ones."

While Lineker has covered a range of sports in his TV role, cycling isn't one of those, although he did chair last week's launch by Mayor of London Boris Johnson of the RideLondon Olympic legacy event, which the BBC will be broadcasting.

BikeRadar also came under criticism from its users as well as the wider cycling community after initially endorsing the insurance company’s campaign, subsequently pulling the story this afternoon and replacing it with an explanation of its actions, the course of events well summarised in this article on BikeBiz.

Many cyclists’ attitude to the #ShareTheRoadUK campaign were summed up in a tweet from Twitter user John_the_Monkey which said: “CAMPAIGN NEWS: "Share the Cake". In which I eat all the cakes, and if you don't like it, offer you cake training, talk of my cake awareness.”

In its open letter to Ms Greening, Ingenie said:

“ingenie® provides car insurance for 17-25 year olds, many of whom are priced out of the market. We use our black box technology developed with Williams F1 Team to help young drivers improve their driving skills.

“In discussion with our driving community we were struck by the lack of understanding and respect between motorists and cyclists. So we teamed up with RoadSafe, our road safety partner to gain further insight into cycling behaviour.

“We recognise the government’s commitment to making cycling safer and support the cycle safety initiatives to date. We do believe however, that cycle safety education needs to target both cyclists and motorists, and should encourage the sharing of road experiences. In light of this we thought it helpful to share the results of our research with you.

“We issued a survey to 2,000 respondents with some fascinating results. We found that young people were the least knowledgeable about road cycling regulations and the most likely to cycle without taking safety precautions.

“We also found that 65% of cyclists hold a driving licence and so we’re campaigning for a more collaborative approach; we don’t think cyclists and motorists should be viewed as opposing groups.

“We are proposing the following:

“Our research shows that people who consider themselves to be both cyclists and motorists are consistently better informed when it comes to cycle safety. They are also more aware of cyclists when driving and tend to cycle more safely. This shows that having an understanding of what it is like to be a cyclist and a motorist could make a difference to cycle safety in the UK.

“We hope that you consider our approach and support our proposals for a shared and safer future on our roads.”