We’re just back from paying Ridgeback a visit with lots to report on their 2013 range. Here are the highlights…

The Flight disc-equipped commuter bikes come with a new semi-hydroformed frame design for 2013, with an integrated headset and a new fork. There’s plenty of clearance for 35-37C tyres along with mudguard and rack fittings. 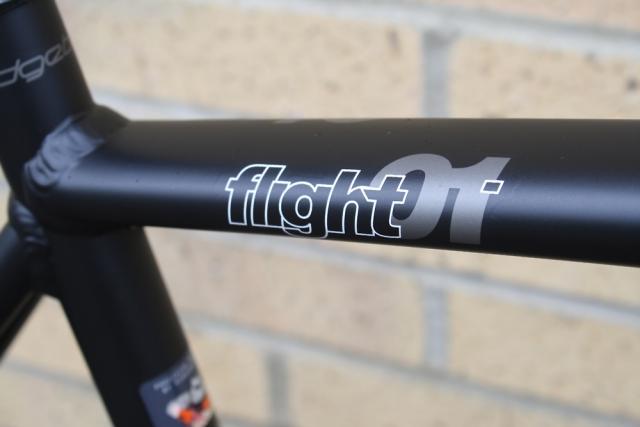 The cheapest model is the £599.99 Flight 01 (main pic) which has a 6061 frame and a Shimano Acera 8-speed drivetrain. Like the other two derailleur-geared options, it now comes with a triple chainset rather than a double. At the other end of the scale, the £999.99 Flight 04 – the model that comes with a Shimano Alfine 8-speed hub gear - gets its own frame for 2013. Rather than using a chain tensioner as before, the 2013 frame has an eccentric bottom bracket to adjust the tension. 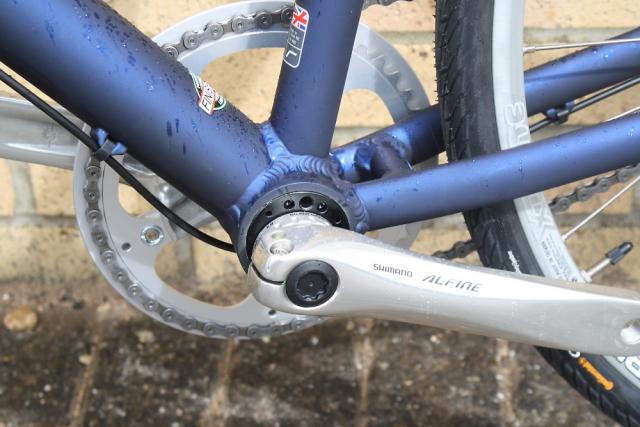 If you don’t want the Alfine hub, the Flight 03 is the same price and it has a Shimano Deore 10-speed drivetrain. Both the 03 and the 04 use Shimano M446 hydraulic disc brakes rather than the Tektro options on the cheaper models.

The Advance is a new series of commuter bikes that uses frames similar to those of the Flights, with integrated headsets along with carbon forks and triple chainsets. The flagship Advance model is the £899.99 7.0 which, like the Flight 03 and 04, is built around an ALX9 triple-butted aluminium frame, and it comes with disc brakes: Avid BB5s. The big differences, though, are that it comes with a drop handlebar and a road drivetrain - Shimano Sora. Cross top brake levers give you extra control when your hands are on the tops; it’s all about offering confidence in traffic

The Tour is a new model in Ridgeback’s World range of touring/commuting bikes. Priced at £599.99, this 6061 aluminium bike is cheaper than any of the existing steel models. The Tour shares the geometry of the Panorama and Voyage bikes and comes with a Shimano Alivio 24-speed drivetrain, mudguards and a ready-fitted rack. We can see it being a popular all-weather commuter. The Panorama and Voyage both come down £50 in price… which is something you don’t often hear. The top-of-the-line Panorama - Reynolds 725 steel with a Shimano XT/ Alivio groupset - is now £1,249.99.

The Dual Track models are designed for all types of terrain - towpaths, cycleways, a bit of off-roading or whatever. Last year’s Dual Track Quest has turned into the x2.3. It keeps its 6061 aluminium frame, rigid cromo steel fork and £599.99 price. You can get front suspension  on the other two models in the range, the cheaper one being the £499.99 x2.1 which features a Shimano Altus 8-speed drivetrain.