The Fondriest TFZero is the latest super-duper high-end road bike that we have in on test here at Road.cc, and it's one cool looking machine.

Lucky, lucky Stu. He’s the only Road.cc reviewer who fits it. Rather than squabble over who gets first ride around the block, the rest of us have had to hand it over meekly. Oh well! 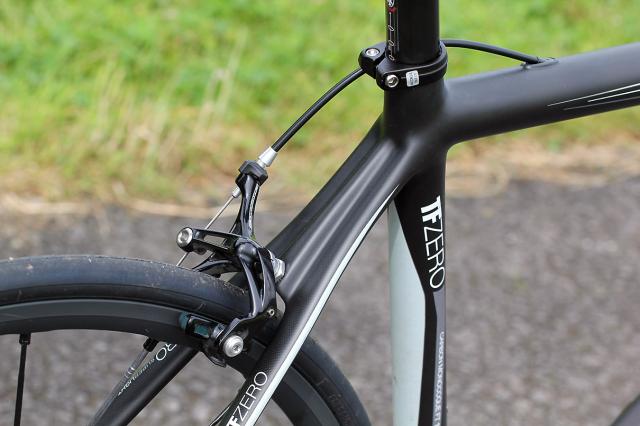 The frame is made in Italy from Toray T42 carbon fibre. Unlike most carbon bikes that come out of moulds in different frame sections, the TFZero is made using a tube-to-tube method. In other words, different tubes are cut to length, assembled by hand on a jig and bonded together. The joints are wrapped in extra layers of carbon and then baked in an autoclave.

Tube-to-tube building is a labour-intensive process and that, of course, jacks up the price. One of the advantages, though, is that Fondriest can make custom frame sizes – they cut the tubes to different lengths and tweak the angles. If you wanted to do that with a monocoque, you’d need a whole new mould. 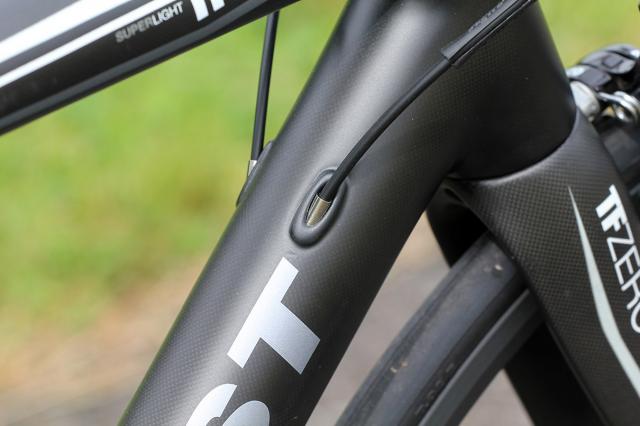 Standard sizes are available but you might as well go for made-to-measure because they’re identical prices – the processes involved are the same. We have a medium version (I say ‘we’ but it’s Stu who has it. Grrr!) which corresponds to a 54cm frame in traditional sizing. It’s very much a racing frame with a 562mm stack, 389m reach, and 73/74° frame angles.

Aside from the weight, one of the key aspects of the TFZero that Fondriest are keen to emphasise is the frame stiffness, but we’ll have to wait for Stu’s verdict on that one.

The theory is sound, though. Fondriest go with a tapered head tube in order to boost the torsional stiffness up front. The upper headset bearing is 1 1/8in while the lower one is an oversized 1 1/2in. The fork that slots in there is a carbon monocoque. Our review bike has a press-fit BB30 bottom bracket although you can go for a BSA (external, screw-in) type if you prefer. 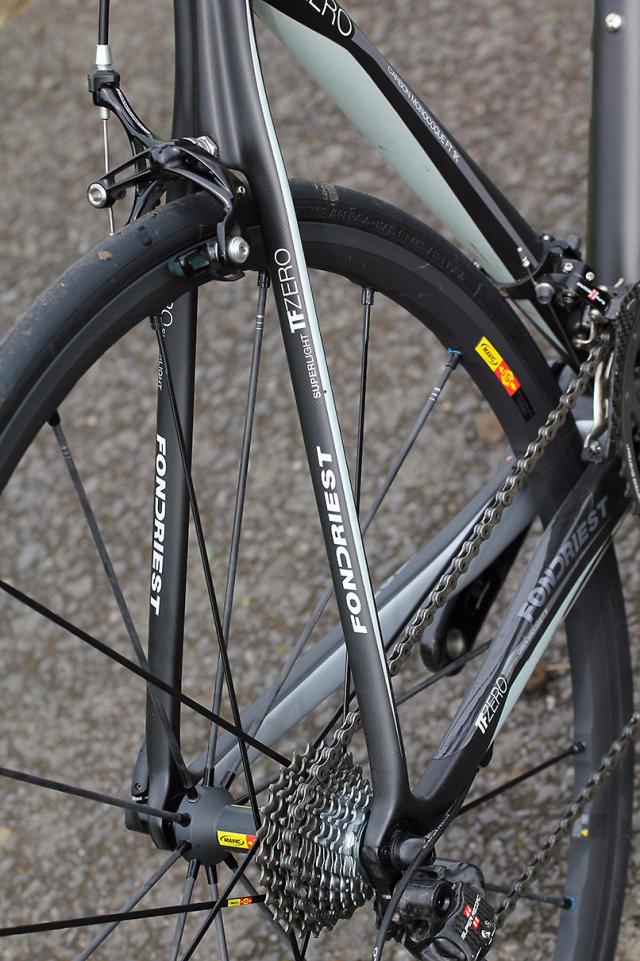 The seat stays are super-skinny which usually indicates a degree of give in the back end – again, we’ll wait for Stu’s judgment on that – and they lead down to carbon-fibre dropouts. The cables run internally and you can choose between a mechanical and an electronic configuration. 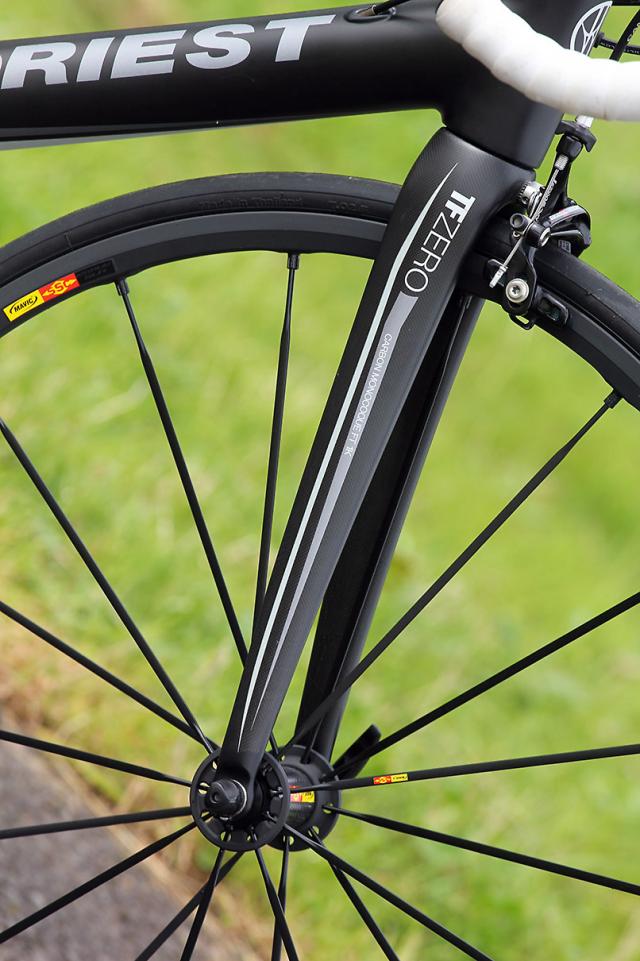 The frame, fork, Ritchey WCS carbon seatpost and headset will set you back £3,200. I told you tube-to-tube doesn’t come cheap. 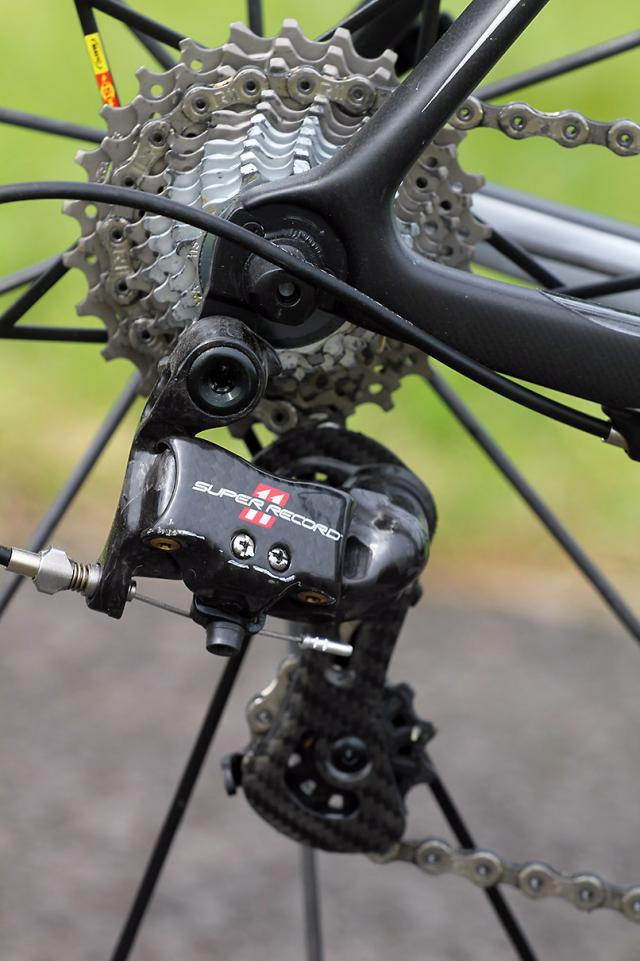 Our bike arrived fully built up with a Campagnolo Super Record 11-speed groupset – the mechanical version – Mavic Ksyrium SLR wheels, Ritchey WCS Carbon Curve bars and Carbon Matrix C260 stem. That little lot is going to set you back about £7,500. Yes, you could get a car for that etc, etc. 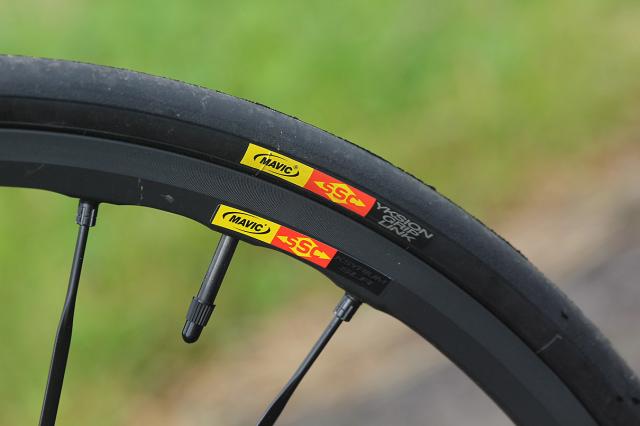 You can have the TFZero built up with Campagnolo EPS or Shimano Di2 electronic shifting, various different high-end mechanical groupsets, and choose from a range of different wheels. Or you could get the frameset and spec whatever you wanted, of course.

The TFZero certainly looks the business and it sounds like it should be a fabulous performance bike… but who knows? Well, Stu will once he gets some more miles in. We’ll have his full review up shortly.

In the meantime, check out the websites of Fondriest and UK supplier Impact Cycle Trading.