The best road, time trial and track wheels in the range
by Mat Brett

Pro-Lite just called in on us here at Road.cc to show us some of the key wheels in their range so we thought we’d pass on the highlights to you…

The Pro-Lite brand is Taiwanese although they have strong UK connections so they have a big presence over here. They’re just about to get a healthy dose of publicity in the Olympic Games courtesy of Britain’s Stuart Hayes who will be using Pro-Lite wheels in the triathlon – either the Gavias (see below) or the Braccianos, which are currently out on test with our man Trev.

Unlike many other brands, Pro-Lite make their own rims in their own factories rather than having them made by other people, while the hubs are also made in-house to Pro-Lite’s own designs. They’re all handbuilt, which is something Pro-Lite are proud of because it allows them to get the quality they’re after. 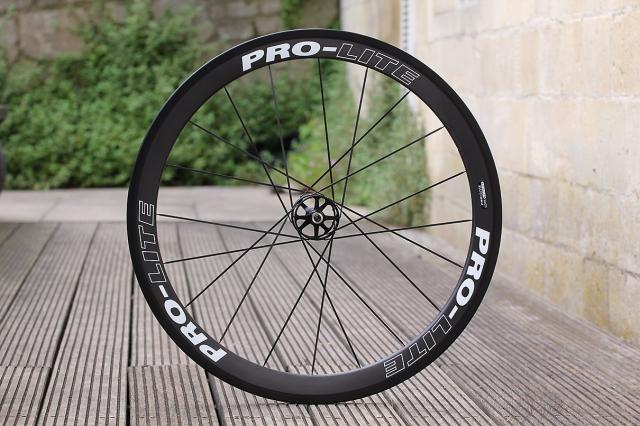 The Gavia (this one has last year’s graphics; see the Vicenza, below, for an idea of the up-to-date look) is available in both 50mm and 90mm depths – you can have front and rear the same or a 50mm at the front matched to a 90mm at the rear – and it comes with either a full carbon rim or as carbon with an alloy wall. Either way, the carbon used is high modulus T700 from Japan. 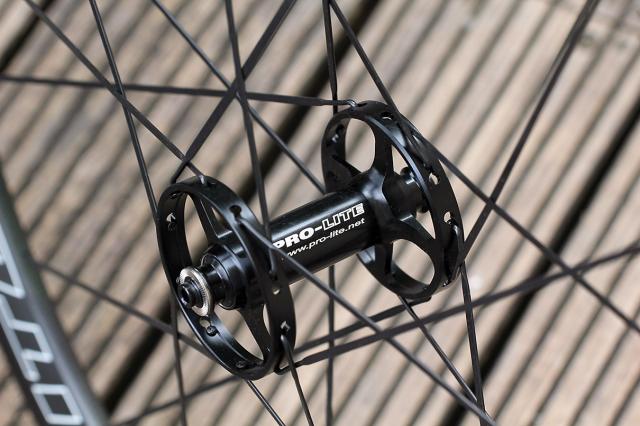 The hub is Pro-Lite’s own Bolzano which spins on EZO angular contact bearings and the high flanges are designed to add stiffness and efficiency. Everything is held together with Pro-Lite’s 3.2mm aero spokes that are made from Sandvik stainless steel.

The Gavia is one of the wheels that now comes with Pro-Lite’s spoke braces for the rear wheel (although they’re not on the Gavia pictured above, they’re on the Braccianos that we have in on test, picture below). These are small, plastic clips that hold the spokes together where they cross for increased rigidity – it’s a similar idea to the old-style soldering of spokes for efficiency. 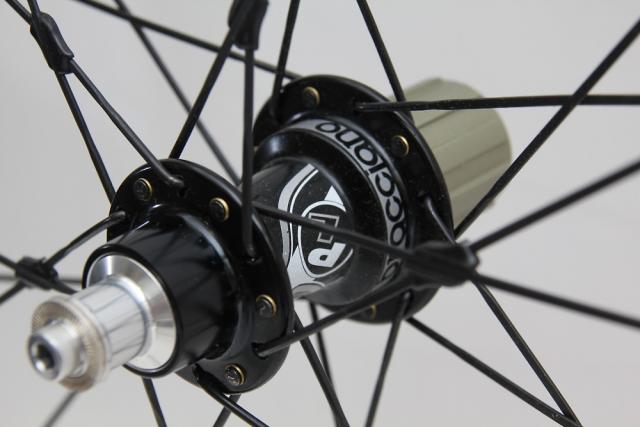 Pro-Lite make some big claims for these little fellas; they reckon that fitting a set improves stiffness by 7% and speed by 3% at a weight of just 3.5g. That’s a helluva lot. It’ll be interesting to see if other manufacturers come up with anything similar.

If you already own a pair of Gavias or Braccianos and you don’t have the braces, contact Hotlines, Pro-Lite’s UK importer, and they’ll give you a set for nowt. 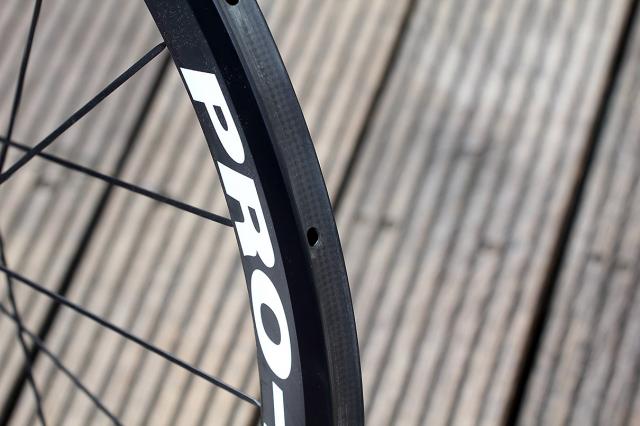 The 90mm full-carbon Gavia is available for tubulars only but there are both clincher and tubular versions of the 50mm model (tubular version pictured). Pro-Lite give weights of 828g (front) and 1,1012g (r) for the clincher (Shimano version). A set of those is priced at £1,449.99. 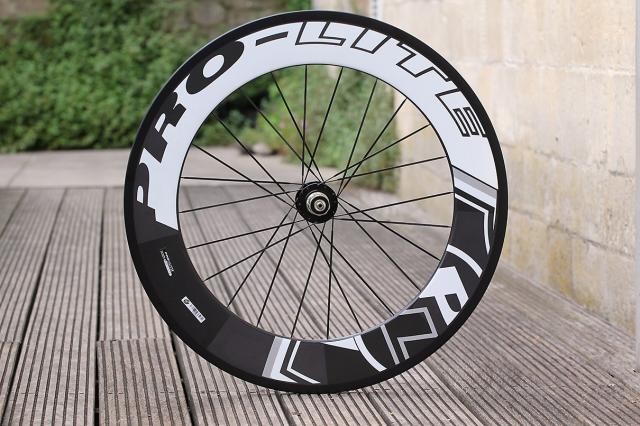 The Vincenza is similar in several ways; it’s available in both 50mm and 90mm-deep versions, there are full-carbon and carbon/alloy models, and the carbon used is high modulus T700. The hub is very different, though. It’s called the Vicenza and it’s what Pro-Lite call a 2 in 1 design. That means that you can run the rear wheel with a cassette, or you can swap it over easily to a track axle with a 15 or 16-tooth sprocket (supplied). That means you don’t need to buy two separate sets of wheels. 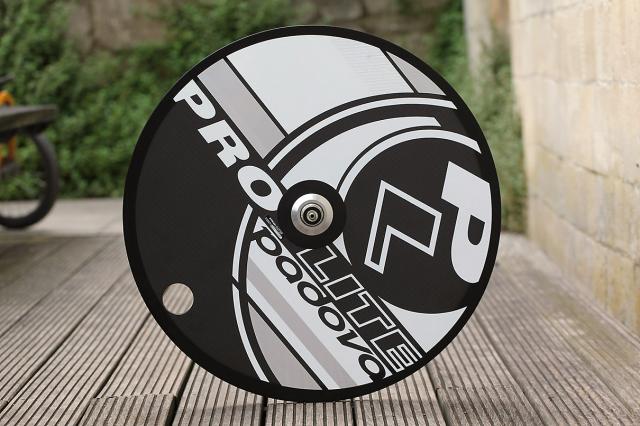 If you’re looking for something ultra-aero for time trialling or the track, the Padova II is available as both a tubular and a clincher. Like the Vicenza, it comes with a 2 in 1 hub so you can simply convert it from a road wheel to a track wheel. Pro-Lite reckon the process takes less than a minute. 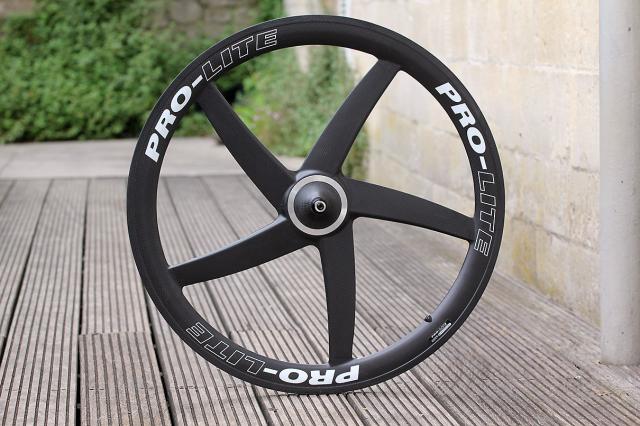 The Rome is another wheel that might appeal to those racing against the clock. It’s a five-spoke monocoque made from high modulus carbon fibre – layers of unidirectional carbon plus layers of woven 3K carbon cloth – and it’s designed to slice through the air and keep drag to a minimum.

The Rome uses laminar flow aerofoil shaping, a little like an aeroplane wing, the broader part of the spoke profile being the leading edge. 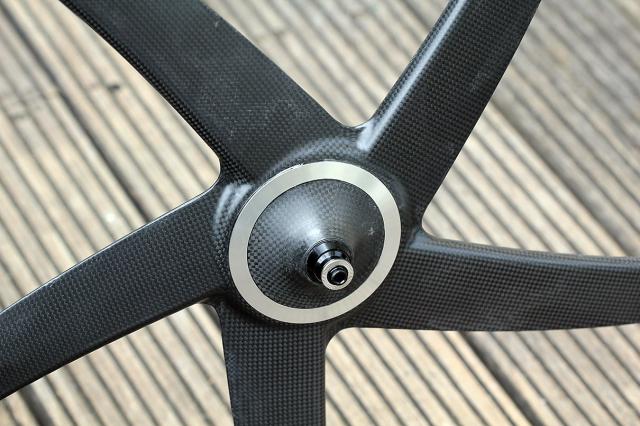 The front wheel is priced at £1,249 and the rear at £1,349.99. This one doesn’t have a 2 in 1 hub – you choose between either a road or a track rear wheel. The road version, like all the other Pro-Lite models here, is available for both Shimano/SRAM and Campag systems.

As we mentioned up top, Trev is currently testing a set of Pro-Lite Braccianos so look out for a review of those on Road.cc shortly.