This has all the potential to be a miserable day in the saddle. Yet another week spent constantly refreshing the weather page hoping the weekend might cheer up for today’s sportive, trying to sleep the night before with the rain slapping the windows, and driving to the start in the full-wipers wind and wet, and suspicious quiet. With no cars on the road it feels like I might be the only idiot turning up - I can’t think why - thankfully a car filtering on from a roundabout has a bike strapped on the back, two idiots then. I follow them through the spray and deep puddles to the Wheels In Wheels “Pain On The Plain” event car-park in Tidworth, it’s alarmingly empty, the weather looks to have put a lot of people off this third edition of the event. A glance at the start sheet confirms this, with one in three of the mere 100 entered not bothering to disturb the duvet. Shame, as it’s just stopped raining and would brighten up over the day with only vague spots of rain every so often and a short but impressive shower much much later on just to remind us that we’re in the middle of Summer. 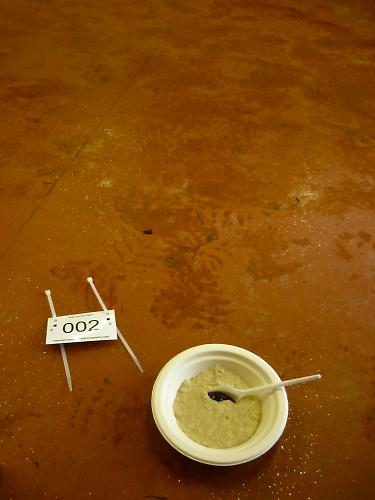 Do the pre-sportive thing; chat to the semi-naked guy in the car next to you, about the weather, sign in, pick up a number, and have some free porridge and cup of tea, courtesy of the Army who are manning the logistics today, all proceeds from the event go to SSAFA (Soldiers, Sailors, Airmen and Families Association) Forces Help charity, although with free food at the start and immensely grateful free tea and vast plate of pasta at the finish I’m not sure there’s much change left over. Look at the skies and stuff back pockets with enough clothes for every weather situation, more tubes than usual because it’s likely to be one of those days, oversocks to protect shoes from all the standing water, in July, go. There are metric 50 and 100 route options and an imperial 100 route for the day with the few full-fat milers setting off earliest and due to faffing and porridge I’m last off in that small bunch, on my own, and I would remain that way for most of the day.

In no time I’m out of Tidworth and onto empty country roads, really empty roads. With traffic round these parts sticking to the fast roads that skirt the Plain all the little lanes that flow in and out of the hills are beautifully free of vehicles, combine that with the severe lack of sportivistas today and I have Salisbury Plain all to myself. Well, myself and gastropods. The roads are sprinkled with slugs and snails trying to escape drowning in the waterlogged verges so I pass the time slaloming around the refugee molluscs, it makes a nice change from having to meander around the usual sunday MAMILs.

The route weaves through a strange mix of old and new, the neolithic sites of Woodhenge and Durrington Walls are juxtaposed against rows of uniform characterless Forces accommodation and fenced in ordnance. But the bulk of the ride is lanes through broad waves of green, long straight roads striking across the Plain, always undulating into the wind it seems, small roads slither up valleys under the thick cover of ancient trees, civilization is notable by it’s absence, and yet civilization is notable by the fact that’s it’s been here for millennia. It’s about 30 miles before I join any other riders, I’ve passed one rider fixing a puncture and another on the phone possibly giving up already, but I bump into two more just finishing mending a flat tyre and I chat along with them for a while which helps the miles go by a bit quicker than lolloping along on my own, nice though that is. The ride is easy, comparatively, in that there are no real harsh climbs to contend with over the length of the ton, there’s a couple of ramps that take riders back up onto the top of the hills, like the ascent up Pewsey Down, that aren’t especially long or hard, they just require a bit of digging in. But that’s not to say the ride is flat, there’s plenty of climbing with over 5,000 feet to twiddle up on the longest route, but what the climbs lack in steepness they certainly make up for in longevity as there are plenty of the steady perpetual drags that the downland landscape is famous for. The route is signed perfectly, arrows at every junction with re-assurance arrows a hundered metres further on and then at regular instances afterwards, at no point did I feel that I’d taken a wrong turn. Especially when a motorbike sidles alongside, fully Shimano liveried with a brace of wheels hanging off the back - “Are you okay? Any punctures?” I reply that everything’s all fine thanks. What a nice touch. All of this is doubly useful today as I’m traveling blind, no map, no GPS, no computer even, and it’s wonderfully freeing to just pedal without any indication of speed, distance or place and to just follow arrows and ride on ‘feel’, it’s like being taken for a ride by a good friend who has offered to show you his favourite hundred miles. 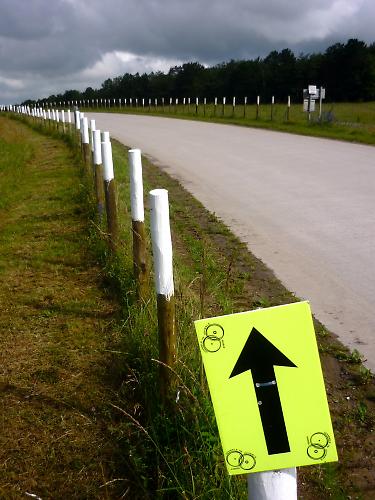 The unique feature of the Pain On The Plain is it’s use of the white concrete Army access roads that criss-cross the Plain that are normally off-limits to the public but open to sportive riders for the day, more gravelly off-road sections are usually included as well, but they were cancelled due to the crap weather, and I was looking forward to some chewy Strada Bianca too. It’s really rather beautiful, wide smooth roads with no cars at all, just a lone cyclist watching a weasel  scurry into the grass. The silent shadow of a hawk. Stop and it’s quiet, dead quiet. No traffic buzz, no freewheel clicks from a stream of cyclists, just the rush of the wind in the grass and a skylark overhead maybe. You don’t get to drown in that kind of solitude very often in the South. 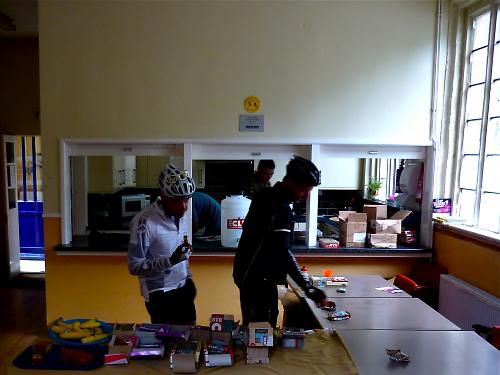 The 100 mile route has two feeds; the first at Lavington School Hall at about 30 miles and the second in the full glamour of a Tescos car-park at just over 65 miles. Both are stocked with the full range of Cliff energy products, bananas, fruit cake, energy drinks and water, and with rampaging salivating sportivists conspicuously absent both are polite, civilized and chatty refueling points. After the second feed, which geographically is tantalizingly close to the finish the long route loops back out again for more rolling roads that feel deliberately designed to gnaw away at weary legs. In particular there’s a long drag up to take you up to the 80 mile mark that goes on and on, never leveling off just round the corner like you’d want it to, that’s a real unfair thigh burner, the little voices in the legs repeatedly asking “Are we there yet............ are we there yet?” The last few miles are strangely familiar, covering roads into Tidworth that were ridden 30 miles previously and as I’m traveling without mileage acknowledgement and just a little tired I’m momentarily convinced that I’m stuck in an endless sportive loop, luckily the arrows point me away from this imagined Fifth Circle Of Hell and I’m quickly relieved to be sprinting to the finish. 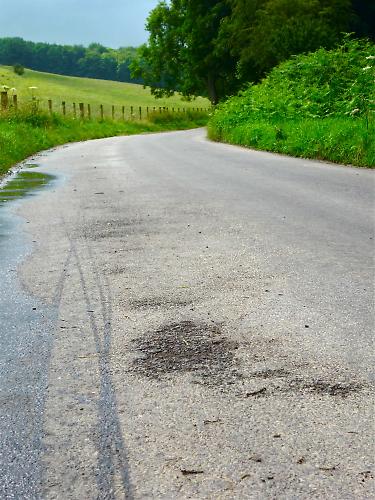 If you want to ride a sportive that you can brag about all the other riders you beat who didn’t even know you were racing them then you might want to look elsewhere. If however you want a sportive that’s well run over roads empty of traffic, if you want to ride through a hushed and beautiful bit of England that you probably didn’t know existed, and if you want a ride without having to dodge a thousand wobbly wheels then I can thoroughly recommend the Pain On The Plain.

I’ll bring a friend next year though.

Pain On The Plain