Bike clothing brand Rapha are stepping into the shoes market with their Grand Tour design developed with Giro. The yak leather and carbon-fibre shoes are available now at £300 – either reassuringly expensive or eye-wateringly steep, depending on your point of view.

So, what do you get for your money? Well, as usual with Rapha, there’s a hell of a back story. Let’s start at the top…

As we said, the uppers are made from yak leather. Yak? If, like us, your knowledge of the yak extends as far as ‘hairy cow’, here’s a bit of info for you. “The yak is a long-haired bovine found throughout the Himalayan region of south central Asia, the Tibetan Plateau and as far north as Mongolia and Russia.” Where would we be without Wikipedia?

This is the first time that yak leather has been used for cycling shoes, footwear specialists Ecco having developed this particular version especially for Rapha. We can tell you, because we have a pair of these Grand Tour shoes in for review at Road.cc, that the leather is incredibly soft and supple so those uppers are very comfortable straightaway. They conform to the shape of your feet beautifully. 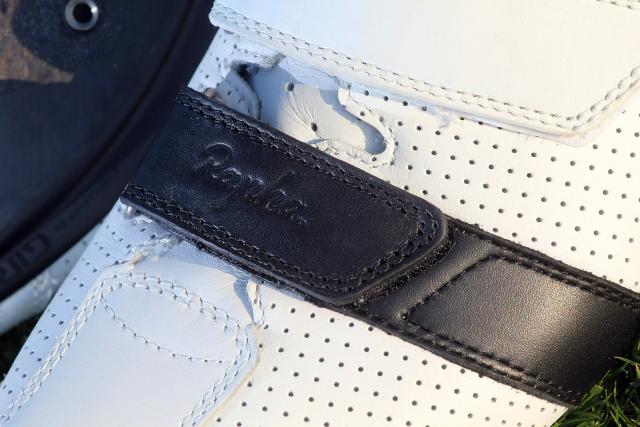 The leather reminds us a lot of the kangaroo leather that you get on shoes from the likes of Lake, but Rapha reckon that it’s far more robust. Kangaroo leather has never let us down so if these are stronger, durability shouldn’t be an issue. Rapha also say that the leather is up to three times stronger than other bovine leathers.

As you can see, most sections of the uppers are perforated; it’s only the heel and toe panels (and the lower two straps) that aren’t. As well as being a style feature, this is designed to improve breathability.

We’re wondering whether those holes might get bunged up with grit and dirt on wet rides and prove difficult to clean, but time will tell on that front. Speaking of cleaning, you get a little tub of Rapha Shoe Cream as part of the package to keep the leather in top condition. 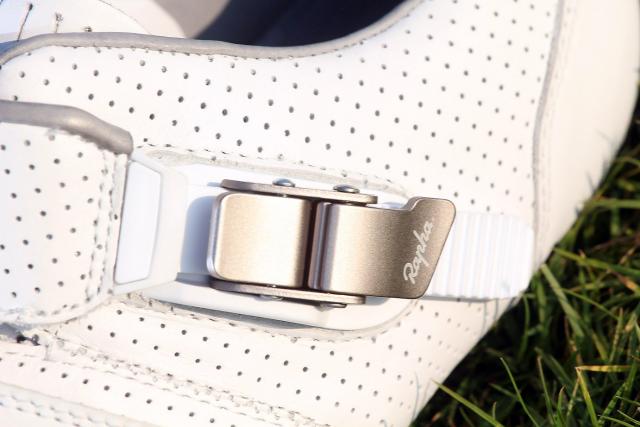 The tongue is padded and closure is handled by two Velcro straps that thread through titanium rings, and a ratchet buckle at the top. That ratchet is made from machined and anodized aluminium and there’s a little Rapha logo laser-etched on to the lever. You have to say that Rapha’s attention to detail is pretty special. If you ever wreck it in a crash, the ratchet is replaceable. There’s an embossed logo on the lower strap and a small, reflective one on the back of the heel too. 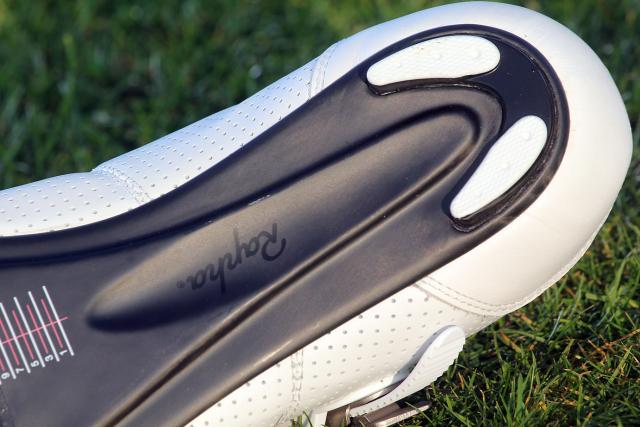 We’ve reviewed the ProLight SLX on Road.cc recently. Our man Stu Kerton loved the sole’s combination of lightweight and stiffness. Giro reckon each sole weighs just 60g although we can’t say that we’ve destroyed any shoes to check that figure. It’s just 6.5mm thick, resulting in one of the lowest stack heights out there, and it’s drilled for three-bolt cleats. 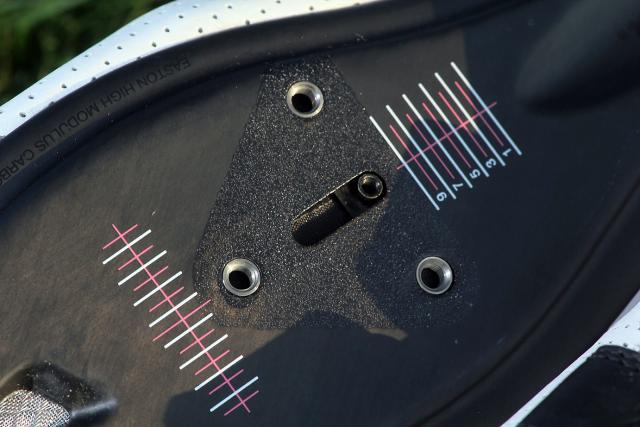 You get a cork/PVA footbed inside that’s designed to mould to the shape of your foot, and Giro’s SuperNatural fit system. That means can choose between three differently sized arch supports for each shoe.

This being Rapha, there has to be an evocative story on the passion of cycling hidden away somewhere. In this case, it’s on the insole. In fact, you get two: a few sentences on five-time Giro d’Italia winner Fausto Coppi on the left insole, five-time Tour de France winner Jacques Anquetil on the right. 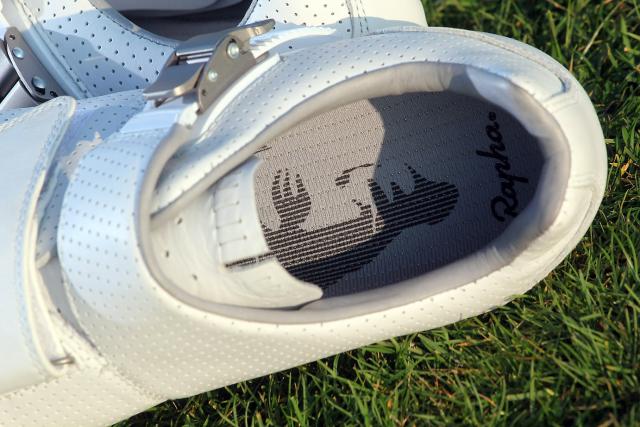 As we mentioned, we’ve had a pair of Grand Tour shoes for a couple of weeks on the strict understanding that we wouldn’t show or mention them until today. Rapha even sent us a pair of shoe covers that we had to wear over the top of them on our rides, just to keep them secret.

We’ll have a full review up soon but early indications are good. Those uppers are extremely soft and supple and, as Stu reported in his Giro shoe reviews, the EC90 soles combine lightweight with a high degree of stiffness. The build quality is second to none and you even get a fleecy bag for storage. That’s not one bag for the pair, it’s one bag for each shoe. 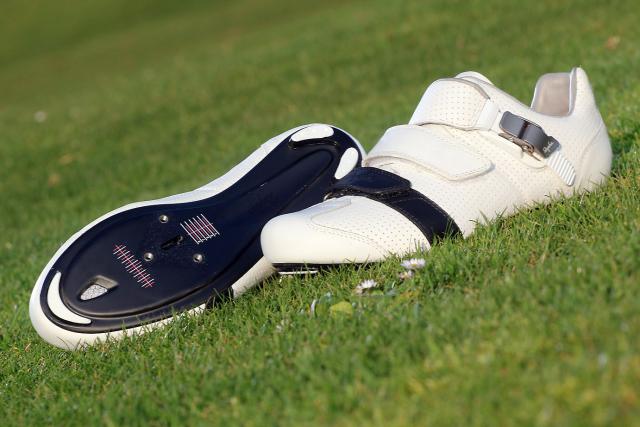 In terms of looks, that’s a matter of taste, of course, but the general consensus here at Road.cc is that they look stylish. As for the price, these are the most expensive shoes we've ever had in at Road.cc. There are dearer shoes out there... but not many.

As well as this white version, the Grand Tour shoes will available in black with a white lower strap, and in sizes 40-48. They go on sale from 10 April. We’ll have a review up on Road.cc before then.

In the meantime, go to www.rapha.cc for more details.