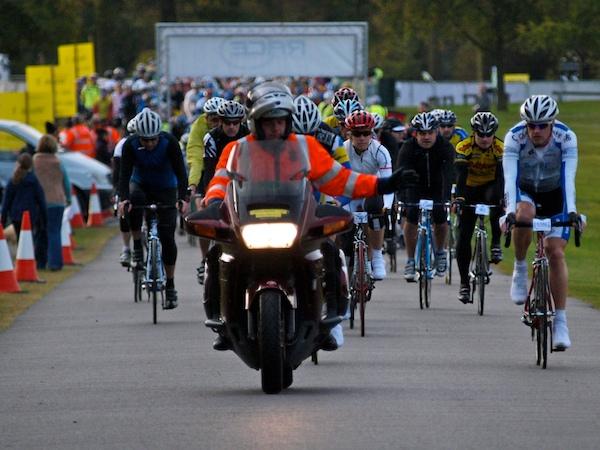 A "rare occurrence," says British Cycling, but with more sportives on the calendar could it become a more regular one?...
by Simon_MacMichael

The Bristol South Road Race, initially scheduled be held on Sunday 22 April 2012, has been moved to Sunday 27 May after police refused a permit because the original date clashed with the Mario Cipollini Gran Fondo taking place the same weekend.

With new sportives continually being added to the calendar, and not requiring a permit, the forced postponement underlines the need for organisers of new events to conduct thorough research beforehand to ensure they do not clash with established ones on the calendar.

In the case of the Bristol South Road Race and the Mario Cipollini Gran Fondo, the issue is that both events were due to pass through Bishop Sutton on the same day. Since the sportive did not require a permit, Avon & Somerset Constabulary was unable to stop it from following that route, so instead a permit was refused for the road race.

A spokesman for British Cycling told road.cc: "With the current situation of road races requiring police authorisation but sportives not, such date clashes can occur although it must be stressed that this is an extremely rare occurrence.

“Clear communications and effective sharing of information between organisers and the authorities is required to ensure this remains the case."

In the UK, road racing was illegal until the Cycle Racing on the Highways Regulations 1960 came into force. That legislation, as subsequently amended, continues to apply today, and imposes a number of what are termed ‘standard conditions’ as well as further conditions that police may impose.

The latter can often be an issue of contention, with the approach taken varying from force to force, and British Cycling has an ongoing campaign, Keep Racing on the Roads, which seeks to have the law updated, achieve consistent and reasonable costs of policing, and which addresses other issues such as marshalling and signs.

Under current British Cycling rules, clubs, associations and other organisations planning road races are required to apply at least eight weeks in advance to their local region, which then applies to the Chief Constable of the area concerned (in practice, a police officer appointed to act on his or her behalf) with information including the route, timings and number of competitors.

To avoid sportives being classified as road races and therefore be subject to those rules, including the requirement to obtain a permit – although police and other relevant authorities do of course need to be notified that it is taking place – organisers are not permitted to introduce any competitive element.

That includes not being allowed to rank finishers in time order, who instead can be listed alphabetically, nor can prizes be awarded to those completing the course in the quickest times.

Failure to do so can result in the event’s insurance being rendered invalid, and terms and conditions of entry, as well as publicity about events, typically highlights the non-competitive nature of the ride.

That is made abundantly clear on the website of the Mario Cipollini Gran Fondo, with mention of the provision of timing chips, for example, underlining that entrants should “please keep in mind that the event is non-competitive and we don’t reward fastest times or such like.”