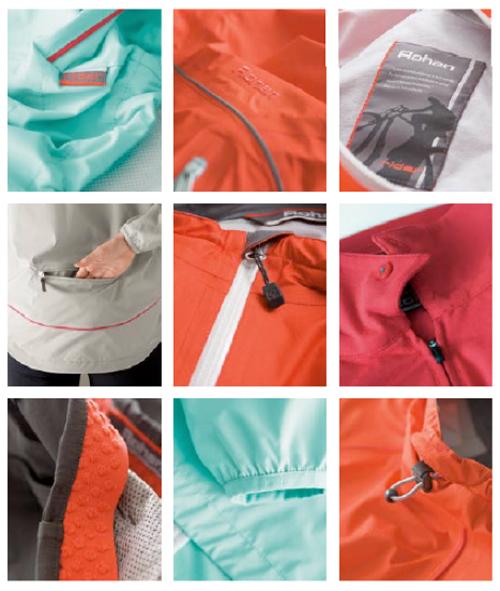 Outdoor clothing specialists Rohan have shipped an initial small range of cycling-specific garments in men's and women's patterns and colours.

Veritable living legend Chris Boardman has long been an advocate of the Rohan clothing brand and although he lives on the wrong side of the Pennines from Yorkshire where the company started in 1972 it must be the attitude of the website "About" page that starts, "At Rohan we’re not great fans of bling, overbranding and bull" that appeals to his and many outdoorsy people's no-nonsense sensibilities.

We have a vague recollection that Rohan have made the odd cycling-specific garment before but that may because their lightweight, stuffable wind-cheater-type top layers have been widely used by UK leisure and touring cyclists for years. Anyway, they're certainly making cycling kit now with jackets cut high at the front and low at the back with longer arms; they've even come up with their own term "Forward Pitch Cut" to describe the peculiar shape of a cyclist's jacket.

Of which there are two, a proper waterproof number called Elite Stormer for £195 and a lighter Windrush Jacket for £115 and both available in men's and women's cut. Yes, yes; reflectives all over the place.

The men's and women's ranges part company at this point with almost-knee-length £60 baggie shorts called Outrider for men and calf-length Fleet Leggings for women at £55. A simple jersey for each, too.

An interesting item also in both and women's designs is a separate short liner called Bumper for £17 which is designed to worn under any snug-fitting undergarment to add padding to whatever you're wearing.

There are 60 UK Rohan shops, although not all of them will be stocking the Rider range, at least initially, and a website which is here. Samples are on the way in for review, stand by. 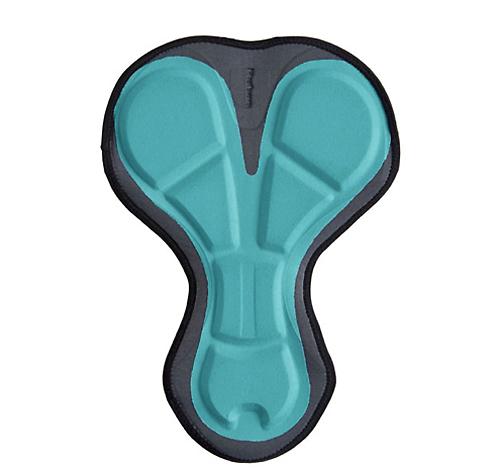 Interesting from Rohan's initial cycling line: a separate shorts pad called Bumper for £17. This is the women's version.