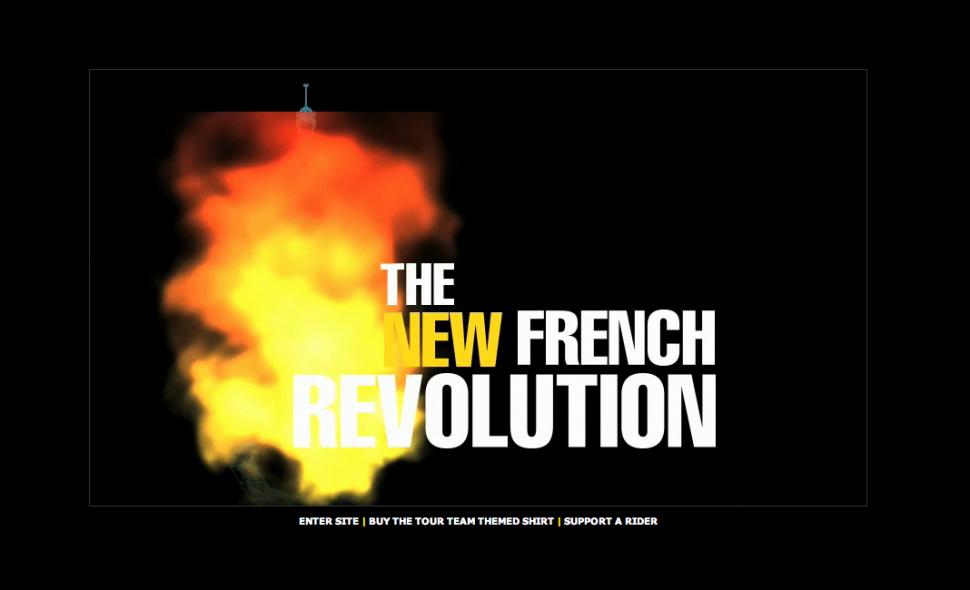 Astana today announced it's nine man team that will race in next month's Tour de France AND “Take over France”. If the website presentation is to believed post-race celebrations will include burning down the Eiffel tower – a tough job considering it's an all metal structure, but if you can win the Tour de France and take over an entire nation with 9 men, burning a national landmark made of of a highly flame resistant material is not going to be beyond you.

Alberto Contador will be Astana's team leader at the race although whether he will be in charge of the subjugation of the French nations is open to question, seasoned observers reckon this is likely to be Lance Armstrong's designated role. Contador followed you know who in the team presentation on the Astana website which would seem to suggest that Armstrong has been earmarked for bigger things in the Astana masterplan.

The first six riders had already been named by Astana to ride the Tour and today's announcement was more about the final three names. In the online team presentation which has the look and feel of a Hollywood blockbuster but in tone occasionally veered towards Johan Bruyneel writing his rider's end of term report:Levi Leipheimer – can do better… “I'm hoping we will see the Levi of 2007”.

Alberto Contador "has worked very hard, earning the right to represent our team as the leader this July," says Bruyneel. He also pronounces himself “very happy” with Lance Armtrong's form so far in his comeback season adding “"I know he is extremely motivated for the Tour de France."

Of the three remaining places on the team: Muravyev gets his for his work ethic and because his such a team player says Bruynyeel, Paulinho because he is a “Rouleur” and he's good for morale – most notably Contador's; and Rast because… “he is our workhorse on the flats, dedicated to chasing down breaks.”

Astana have undoubtedly got a very strong Tour team, between them Contador and Armstrong have 8 victories in the race while Contador is favourite  Armstrong's chances can't be discounted. The two top riders will have experienced support from Leipheimer and Kloden who have both finished on the podium – in Kloden's case twice and all of the remaining team members look more than capable of doing the job asked of them.

Astana's online team presentation runs to five minutes and is both slick and professional and while there is undoubtedly an air of tongue in cheek about the whole thing, it is also bound to ruffle some French feathers.

The Tour de France starts on 4th July in Monaco and ends in Paris on the 26th – no word yet on whether all fire fighting leave has been cancelled. 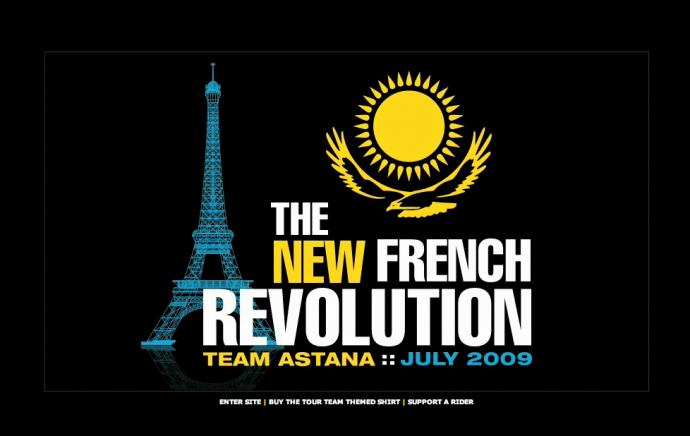