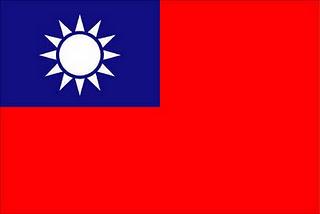 Taiwan's cyclists set record for world's biggest simultaneous bike ride - but how many were there?

Tens of thousands of cyclists in Taiwan set a new Guinness World Record on New Year’s Eve by taking to their bikes simultaneously to mark the end of the Republic of China’s centenary year, although no-one quite seems sure how many there actually were.

One local news source says 72,919 cyclists were verified as participating in the event, while another claims 114,606, and confusingly both cite the event organisers as their source. Both articles are sourced to Taiwan's Central News Agency (CNA), and both are datelined 1 January.

Whichever is correct, it comfortably beats the previous Guinness World Record mark of 48,615, set in Udine, Italy in 2008.

But if the lower figure is correct, it’s less than the estimated 80,000 cyclists who have in the past participated in Budapest’s annual Critical Mass.

That event has never sought to establish a Guinness World Record, but if that estimate is correct, it would comfortably be the world’s largest gathering of cyclists in a single place, irrespective of whether the higher Taiwanese figure is correct.

Last Saturday’s initiative, called One Bike One, saw the cyclists take to the roads at 10am from 1,000 locations on Taiwan and neighbouring islands to set the new record, reports the WantChina Times.

They rode for at least 5 kilometres in the event, which lasted an hour, and linked a 1,000 kilometre route around the nation.

According to WantChina Times, organisers said that 80,748 people completed the event, but 8,000 were excluded from the final total because they did not comply with Guinness World Record requirements, including many who had failed to pre-register.

The Taipei Times, however, put the numbers 114,606, again citing organisers as the source, adding that they had said that rolling bicycle wheels acted as a symbol of the energy of the Taiwanese people.

That’s not an inappropriate metaphor when you consider the country’s leading position in the global bicycle industry, including being home to three major manufacturers – Giant, Merida and Ideal – with exports of bikes and parts now standing at more than $2 billion annually.

One cyclist who took part, 58-year-old Liao Hsin-cheng whose ride began at the National Chiang Kai-shek Memorial Hall in Taipei, told the Taipei Times: “This is the most significant event I have ever participated in my life because we needed to work together to set a new world record.”

Another particpant, 43-year-old American Brian Weidemann, who has lived in Taiwan for the past eight years, added: “It’s a nice way to close out the 100th year of the Republic of China with friends.”

The Republic of China, usually referred to as Taiwan but going by the name of Chinese Taipei at events such as the Olympic Games, was officially founded on 10 October 1912, but celebrates its anniversary on 1 January each year.

Its establishment on the Chinese mainland 100 years ago brought an end to more than 2,000 years of imperial rule, but its early decades were characterised by political infighting, the power of warlords, the rise of the Chinese Communist Party, war with Japan between 1936 and 1945, and attempts at foreign intervention by countries including the Soviet Union and United States.

Following the end of that the war with Japan which had briefly united the Kuomintang nationalist party, led by Chiang Kai-shek, with the Chinese Communist Party under Mao Tse-tung, civil war erupted.

The People’s Liberation Army triumphed and on 1 October 1949 proclaimed the People’s Republic of China. Chiang Kai-shek and hundreds of thousands of Kuomintang supporters fled to across the Taiwan Strait and in September the same year established Taipei as the temporary capital of the Republic of China.

In 1971, as relations between Communist China and the West improved under Richard Nixon’s Presidency of the United States – he would visit the country the following year – the Republic of China lost its seat at the United Nations, where it was replaced by the People’s Republic.