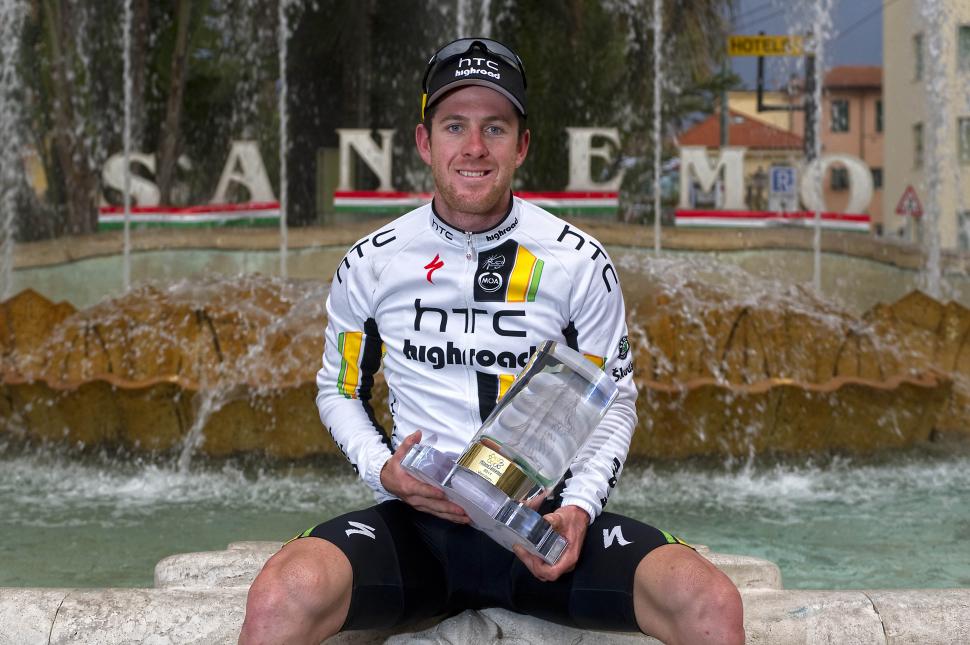 The professional peloton’s youngest top-flight team, GreenEdge, has unveiled an innovative membership scheme that gives fans a chance to spend a day with the Australian outfit’s stars. Meanwhile, Matt Goss, who missed out on world championship victory by half a wheel to former HTC-Highroad team mate Mark Cavendish, has promised to exact his revenge at next year’s Olympic Games in London.

In all, five tiers of membership have been made available by the Australian team, whose riders, besides 2011 Milan-San Remo winner Goss, include former Paris-Roubaix winner Stuart O’Grady and three time Tour de France green jersey champion, Robbie McEwen. I's a model that could certainly be replicated by other teams, giving fans even more of an involvement in what is already perhaps the most accessible sport at top level.

The membership tiers are:

So that £640 for the podium membership. There’s no getting away from the fact that it’s a lot of money. But put it in context. Every away Champions League match for a team such as Arsenal, say, sees hundreds, perhaps thousands of fans spend similar amounts if not more to go and cheer their team on for 90 minutes. And they don’t get to have a day-long kickaround with Robin van Persie or dinner with the players afterwards.

Looking at another sport, thousands of England rugby fans spent serious money going to the recent Rugby World Cup in New Zealand, and they didn’t find themselves drinking down the pub with the players afterwards. Oh, wait, they did. But you get the point.

It’s an interesting initiative from GreenEdge, albeit one that appears aimed firmly at building its fanbase in Australia.

The team’s website says: “The specifics of intangible items including inner sanctum experiences will be provided 'by invitation' within 12 months of membership purchase at a date, location and time fitting into the team's racing and training schedule. Opportunities will be provided for members to attend in various capital cities. A schedule of 2012 and 2013 dates and locations will be provided.”

Those capital cities, at a guess, are the ones of the various states and territories that together go to make up Australia.

However, it’s an initiative that you could see having direct application elsewhere, particularly among teams with a strong national identity and fan base, such as Team Sky, of course.

In the UK, Rapha Condor Sharp’s year round Club membership offers access to riders, VIP hospitality at races, training and coaching and exclusive kit, among other benefits. Two tiers of membership are available. That type of scheme however might be impossible to replicate in the ProTeam environment due to the demands of the racing and training programme and other commitments, let alone the cost.

Certainly, excitement seems to be building in Australia ahead of the team's debut next month; indeed, the membership section of the website was offline for a while over the weekend due to the volume of traffic.

One of the undoubted stars of the team is Goss, who managed to keep with a select leading group at Milan-Sanremo in April before nipping out and nicking it from Fabian Cancellara and Philippe Gilbert in the final sprint.

Goss proved a surprise winnner of La Classicissima di Primavera, not least because a little over six months before, he'd been performing leadout duties for Cavendish as the Manxman stormed to the points jersey in the 2010 Vuelta.

In Milan-Sanremo, Cavendish was one of several big-name riders who missed out on getting in that front group following a series of crashes.

In Copenhagen in September, however, Goss played a rather more reluctant role in the Briton’s world championship victory after Cavendish chose his familiar wheel as the one to follow after Great Britain’s own leadout train got broken up in a hectic final kilometre.

"To finish second by that much is painful," he reflected at last week’s team presentation outside Melbourne Town Hall on Saturday, reports the Herald Sun.

"It mainly sunk in when I walked through the airport the other day and I saw the picture on RIDE magazine with Cavendish (as world champion) on the front.

"I looked at it and that's when it sank in more ... it does make you a little bit hungry.

"I'd be happy to try and take it back off Cav in London if we can do that."

GreenEdge will be focusing next year on one-day races as well as picking up stage wins in the Grand Tours, which will put Goss head-to-head with his former team leader, as well as with Mark Renshaw, who has moved to Rabobank.

"It's part of the job, I guess, when you take on a role like I'm going to take - a little bit more leadership."

Looking ahead to the rivalry with the men he raced with at HTC-Highroad this year, he added: "It's going to be exciting."

The 25-year-old Tasmanian gets his 2012 campaign off to a start on January 1 when he begins the defence of the Jayco Bay Classic criterium series title that he won last year, followed by the Australian national road race championship and the Tour Down Under.

"There's definitely going to be a bit of pressure next year, we're an Australian team starting from scratch," he added.