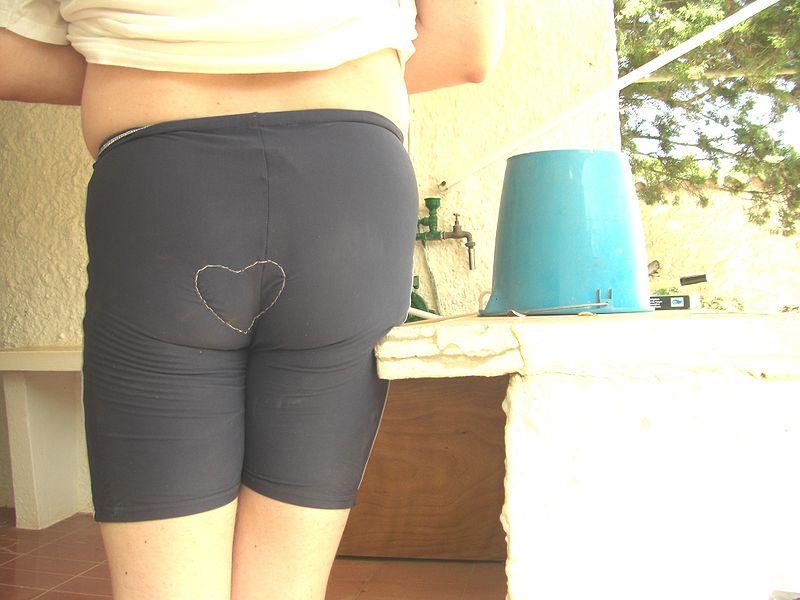 They don't want to kill you… they just want to look at your butt!...
by Tom Henry

Did you know that if you’re cycling in figure-hugging shorts, that mad 4x4 driver on the school run isn’t really attempting to snuff out your life? Apparently, she’s just trying to get a closer look at your bum…..

The Prostate Cancer Charity recently commissioned a survey that looked at cycling habits in the UK, ahead of a drive to get more people on their bikes and raise money for prostate cancer research.

And among their findings was the shock revelation that a quarter of all women are prone to peeking at male cyclists’ tightly-encased bottoms. As opposed to a third of men, who are more interested in looking at the rider’s kit. But what about the other two-thirds, we ask?

The charity is hoping to capitalise on the ‘good intentions’ revealed in the survey by urging people to get riding. Its initiative is called‘Unite ByCycling’ and is a series of unique events designed to encourage people to get on their bikes.

In partnership with the Tour of Britain, the charity is bringing two new events to the UK in September that are open to everyone. The Prostate Cancer Charity Tour Ride is the first event of its kind in the UK, offering people the chance to get on their bikes and ride the official Stoke-on-Trent stage of the Tour of Britain race. There are three distances so there is something to suit cyclists of all fitness levels, from hard-core road cyclists to a families. This will be held in Stoke on Sunday September 6.

The second event is The Prostate Cancer Charity London Ride, on Saturday 19 September, which will feature a carnival atmosphere as celebrities, politicians, rare bikes and fancy dressed fundraisers line up to ride the official London course.

Other findings of the survey included the fact that an estimated that four million new bikes were sold in 2008, of which 1.6 million bikes are left unused, wasting £40 million. More than 30 per cent of UK households do not own a bike, and out of those that do own bicycles, it’s men (47 per cent) are more likely to leave it unused and gathering dust, than women (33 per cent).

A surprisingly low proportion (four per cent) are concerned about the weather affecting their cycle plans. A quarter of Londoners claim hills put them off cycling with only five per cent concerned by the weather. By contrast, no-one from Wales, the North East of England or Northern Ireland were concerned by adverse conditions.

Yorkshire and Humberside came out as the most active cycling region of the UK (22 per cent cycling every day) compared to the South of England where a mere three per cent cycle every day. Keen cyclist Boris Johnson will be disappointed to learn that Londoners are amongst the laziest, surprising given the average commute is comparably shorter.

John Neate, Chief Executive, of The Prostate Cancer Charity, the official and only charity partner of the Tour of Britain, said: “These results certainly make for interesting reading, and I hope that recent spell of good weather persuades many people to get back in the saddle.

For more details and to get involved in the two mass participation events people can visit www.unitebycycling.org.uk