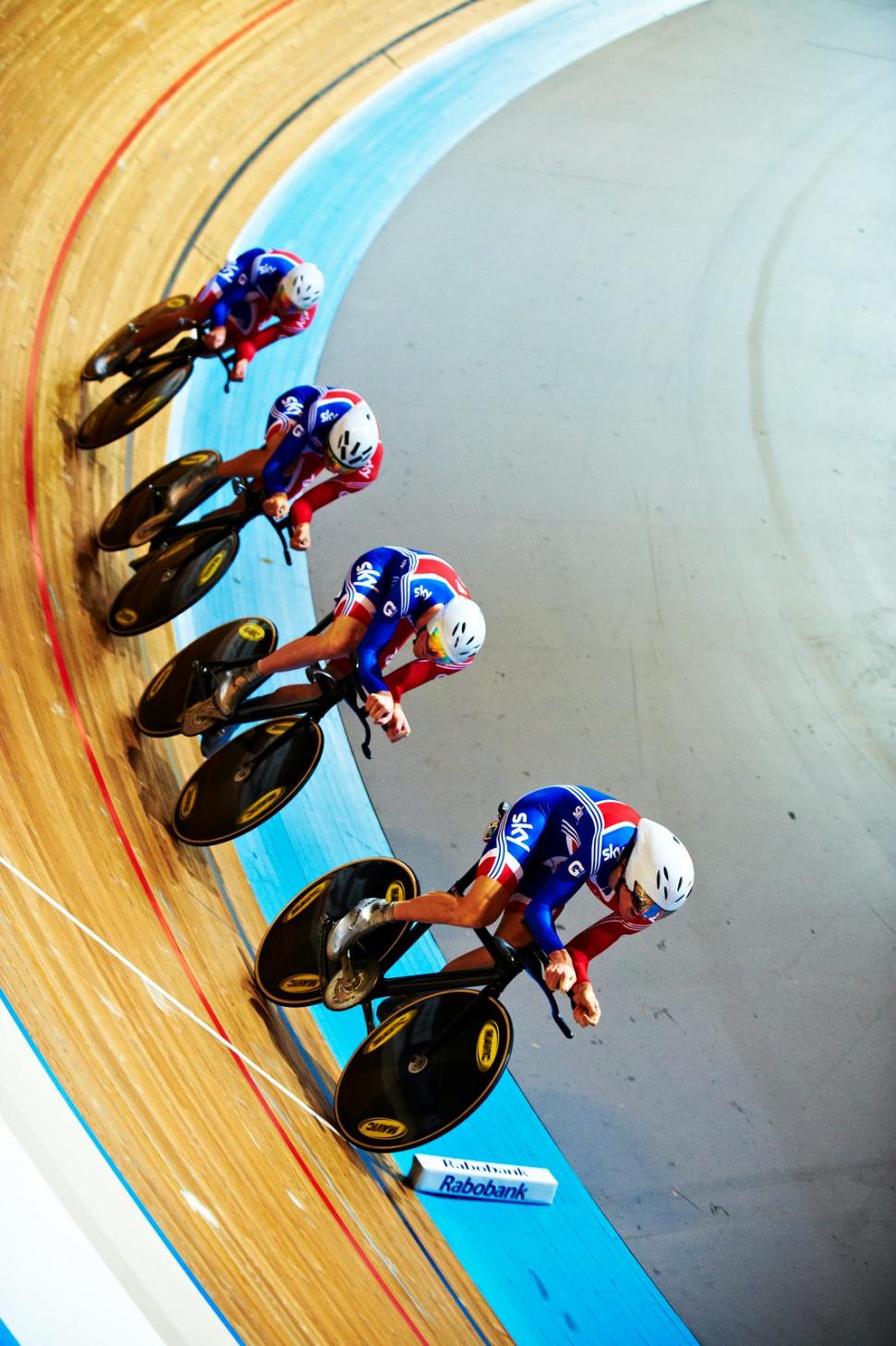 With just nine months to go to the London 2012 Olympic Games, Great Britain’s track cyclists have dominated the European Track Championships in the Dutch town of Apeldoorn this weekend, winning seven of the 13 gold medals on offer. The team’s success was achieved despite Sir Chris Hoy pulling out on Saturday with a chest infection, although also absent, of course, was the Australian team which will provide Britain with its stiffest opposition in London next year.

Great Britain’s men took three of the gold medals on offer in the seven men’s events, while the country's women won four of the six available to them; more pertinently in terms of London 2012, where there will only be five events for each gender, every single one of the gold medals won this weekend came in events that feature on the Olympic programme.

Friday’s opening day saw British victories in the men’s and women’s team pursuit, and in the women’s team sprint. The male quartet, who will defend Great Britain’s Olympic title in London, easily beat Denmark in the final, the same country they had defeated to win gold in Beijing. The winning time of 4:00:008 was nearly 7 seconds faster than the Danes.

Geraint Thomas, who is missing next year’s Tour de France to focus on trying to secure a second Olympic gold medal in the team pursuit, helped Great Britain qualify for the final, in which he was replaced by Team Sky colleague Peter Kennaugh, who lined up alongside Steven Burke, Ed Clancy and Andy Tennant.

In the women’s event, Dani King and Laura Trott – both in the rainbow jersey having won the world championship on this same track in March – plus Jo Rowsell, replacing Wendy Houvenaghel, beat Germany by an equally comprehensive margin in the final after a pair of false starts due to a faulty starting mechanism that caused problems throughout the opening day.

In a sign that the team is moving in the right direction ahead of London 2012, their time of 3:22.618 was 0.8 of a second quicker than the time that had been set in beating the United States to the world championship here back in the spring.

In Britain’s other gold medal winning performance of the opening day, Jess Varnish teamed up with Victoria Pendleton to win the women’s team sprint, with Ukraine taking silver, but the men’s team missed out on racing for the medals, posting the fifth fastest time as Jason Kenny suffered a slipped wheel at the start of the qualifying round. Germany prevailed over France in the final.

The 23-year-old Kenny, who is vying with four-time Olympic gold medallist Hoy for the one place available in the two individual events at London 2012, the keirin and the individual sprint, was also out of the medals on Saturday, losing the bronze medal run-off in the latter event to the Russian rider, Denis Dmitriev.

The Bolton-born rider had taken silver behind France’s Grégory Baugé here during the world championships, but it was another Frenchman, Kevin Sireau, who becomes European champion in this discipline for the third time, having previously won in 2008 and again the following year. Hoy, meanwhile, who had taken part in Friday’s team sprint competition, withdrew from the individual event after the qualifying round following a consultation with the British team’s doctor.

There was frustration, too, for Great Britain in the women’s event, with Olympic champion Pendleton, who had earlier knocked out team mate Varnish in the reperchage round, losing to Ukraine’s Lyubov Shulik in the quarter finals.

The highlight of Saturday’s racing from Great Britain’s point of view was that Ed Clancy and Laura Trott each sat in third place overnight in the men’s and women’s omnium, respectively.

Both would go on and clinch victory today in the five-event competition, a new inclusion on the Olympic programme next year, but in each case the margin of victory was very slender indeed.

Trott, who had won the elimination race on Saturday, effectively needed to beat Kirsten Wild of The Netherlands in the final event, the 500 metre time trial; by winning that event, Trott guaranteed herself gold, Wild having to settle for bronze with Tatsiana Sharakova clinching silver.

The men’s event was a much more tense affair. Clancy, 2010 world champion, won the final event, the kilo, which tied him on 33 points with France’s Bryan Coquard, but it was the British rider who won gold on countback.

Pendleton, meanwhile, clinched gold in the women’s keirin following a hard-fought competition, with France’s Clara Sanchez second and Sandie Clair third. The men’s event went to Matt Crampton, ataking his own claim for an Olympic place, with Christos Volikakis of Greece taking the silver medal and Francois Pervis of France bronze.

In the UCI World Championships on the same track in March this year, Great Britain had picked up a solitary gold medal, in the women’s team pursuit. The country also picked up two silvers and five bronzes, with British Cycling Performance Director Dave Brailsford insisting that the fact there was disappointment with the team’s performance reflected the high standards that had been set by Britain’s cyclists in recent years.