This was the coded phone message road.cc got from Kinesis UK to let us know that their new disc-braked Crosslight Pro 6 that we snuck a look at the prototype of a few months ago was finally finished, in production, built up and ready for an exclusive look.

The Pro 6 is a cyclo-cross frame making full use of the UCI ruling allowing disc-brakes to be used in CX competition as it’s designed for discs, and discs only, with no purist-friendly cantilever mounts to be seen. Although its main objective is for racing it still comes with a full compliment of mudguard and rack mounts, and twin bottle bosses for off-duty options, but opposed to the majority of ‘cyclo-cross’ bikes vajazzled with accessory mounts that come with polite pedaling angles and handle a bit slack-jawed, touring bikes and hybrids in a trendy ‘cross bike guise if you will, the Pro 6 is a set of tubes with a fast race-specific geometry, something Crosslight are very good at with a long and proven ‘cross winning history. 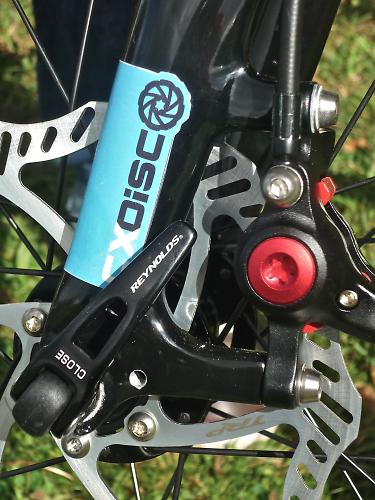 The guys at Kinesis are convinced that discs are the way forward for cyclo-cross, allowing consistent braking throughout the race while your competitors cantilever pads get worn away by the grit and grime, leading to cheeky position grabbing out-braking into corners and of course your expensive deep section carbon rims also last longer. 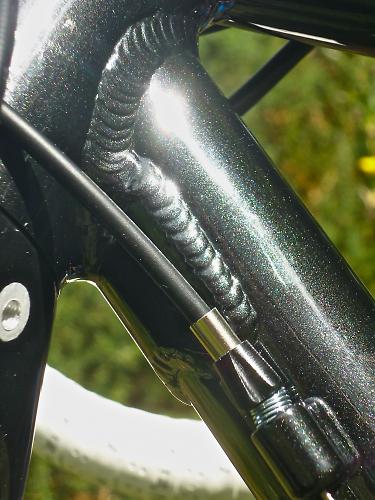 The Kinesium frame, an enhanced 6000 series aluminium alloy – claimed to be 25% stronger than 6061 at the same weight level – has been designed specifically with cyclo-cross racing in mind. Kinesis reason that cyclo-cross is the only cycle sport where the rider deliberately touches the frame so have concentrated on the tactile aspects of the Pro6. The downtube isn’t oversized and doesn’t have any on-trend funky tube profiling, making it easier to grab with a muddy carrying hand and there’s less tube area for heavy wet mud to stick to, but to keep the strength up there’s a gusset at the head-tube junction.

The ‘Ergo2′ top-tube slopes only ever so slightly, leaving room aplenty inside the frame triangle for a shoulder, and the underside is flattened for comfier carrying, with the transition from flat to round kept fluid so there’s no sharp edges to dig into a shoulder-blade. Cables run along the right-hand side of the top-tube, away from your neck when carrying and stops are designed to take a full outer cable for maximum mud and water resistance or a hydraulic hose. 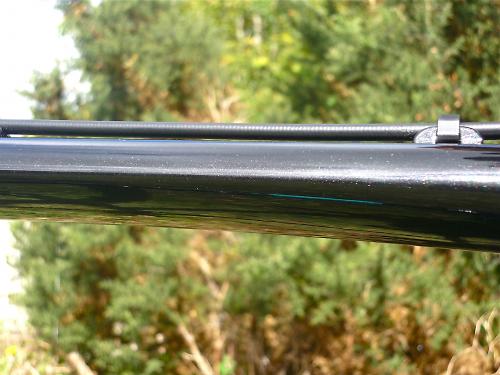 Chain and seatstays are straight for direct power transfer – a cyclo-cross bike isn’t meant to be comfortable – the right-hand chainstay is Kinesis’s ‘A-Stay’ and rear clearance looks good despite the chainstay bridge. The bottom-bracket is somewhere between a traditionally high CX height, a hang-over from the days when racers wanted ground clearance for a dangling toe-clip and strap, and a low road BB height as Kinesis figure you still need some pedal clearance for ruts and roots. The tapered head-tube has been kept short and low because ‘cross racers don’t want a star-gazey front end: it’s an hour’s hard race, not a genteel sportive.

The Pro 6 comes in Metallic Black, Tech White or Deep Red colour choices, each with a matching fork, and even the subtly metallic paint has thinking behind it, Kinesis say that as there are more layers of paint needed to create the effect it means the finish is tougher and more resistant to the pointy elbows and marker posts of ‘cross racing. Showing further thought the supplied bottle-cage and rack bolts are shallow domed rather than the usual proud allen bolts that can rip into a lycra jersey, or skin. The seat-tube accepts a 27.2 seatpost, because it’s what’s most likely to be in people’s shed, fitting in with the “built up from spares” ethos of most CX bikes and the bottom-bracket is threaded, flying in the face of the plague of integrated BB standards for the very same reason.

The Pro 6 frame comes with a 'CXD' full-carbon 1-1/8">1.5" tapered headtube fork weighing 500g. The fork has a post-mount for the disc, is eyeleted at the dropouts and rear of the crown and neatly includes disc-hose clip on the left-hand blade. 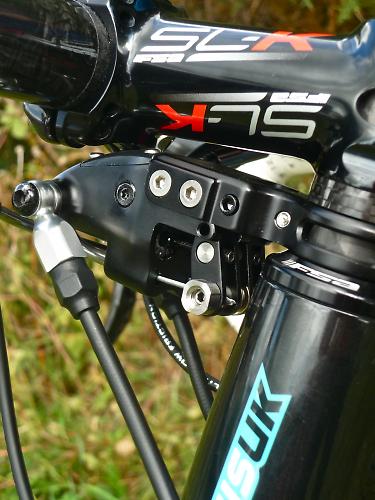 Handling the tricky lever-cable-to-hydraulic-caliper braking duties is the TRP Parabox unit that hides under the stem, feel at the lever was reassuringly positive, but the bike couldn’t be ridden to get an idea of how the brake felt on the move, or on the stop, as it had no pedals and more essentially the tubs weren’t actually glued on, which was a shame as it’s the first time a Parabox unit has appeared on a bike in the UK.

You’ll be able to see this sweet build Pro 6 this weekend at the Cycle Show in the NEC, where you can also stroke it’s new Reynolds Assault carbon CX disc wheels for the first time as well as sniff the bike’s new Oval saddle and rub the tread off the new FMB Super Mud tyres.

The Crosslight Pro 6 comes as a frame, fork, headset and seatclamp package for £529.99.