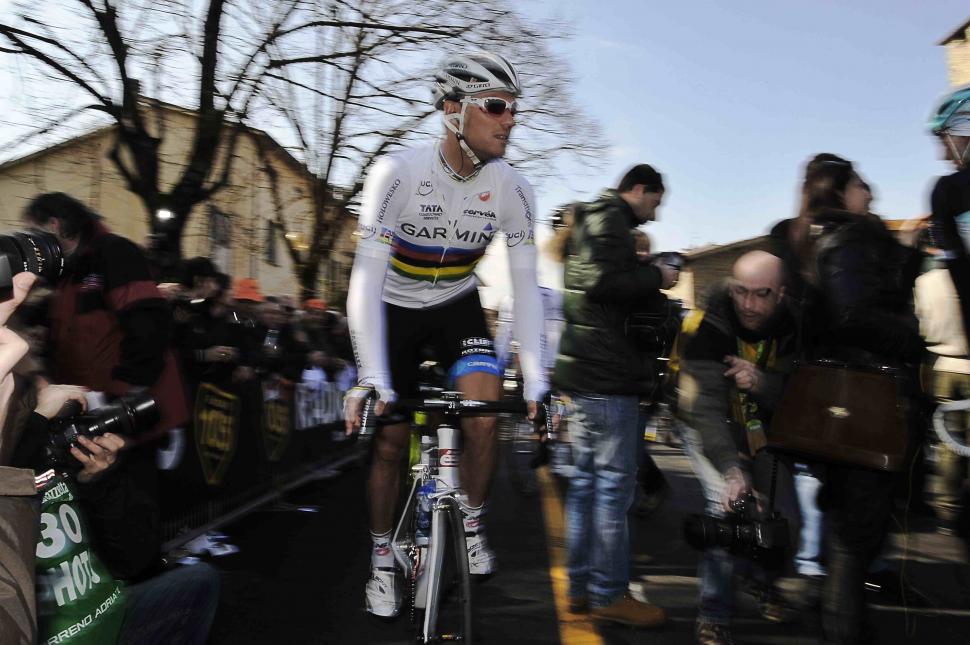 World champion Thor Hushovd is leaving Garmin-Cervelo and will be riding for BMC Racing for the next three seasons. The Norwegian, who wore the maillot jaune for the opening week of this year's Tour de France, will therefore join the man who finished the race in it, and his predecessor in the rainbow jersey, Cadel Evans at the US ProTeam.

BMC Racing, which also has 2008 world champion Alessandro Ballan on its books, confirmed the news on Twitter at around 6pm UK time this evening. In a statement subsequently published on its website, BMC Racing Team President/General Manager Jim Ochowicz said: "Thor brings a lot of qualities to us and complements other riders on the team in races like the Spring Classics and the Grand Tours."

He continued: "We're very happy to have his talents, enthusiasm and expertise now working with the BMC Racing Team family for 2012 and beyond."

Hushovd, twice winner of the Tour de France points classification, was thought to be unhappy at Garmin-Cervelo, which he joined when Cervelo TestTeam folded at the end of last season.

His performance in the Tour de France, in which he won two stages with memorable attacks, besides spending that week in yellow, was widely seen as a parting gift to Jonathan Vaughters' team.

Commenting on his move, the 33-year-old, who next month defends his world title in Copenhagen, said: "It's a serious team where it looks like everything is well-organized"

Hushovd added: "There's a plan put together for the riders for all the big and important races. Everyone knows what to do. That's a good thing."

The Norwegian added that he had one big unfulfilled ambition for his career.

"My biggest goal is still to win Paris-Roubaix," he confessed." The BMC Racing Team has good riders to support me or for me to help someone else on the team win," he concluded.

That "someone else" could well be Hushovd's future team mate George Hincapie, who has made no secret of the fact that the Hell of the North is the one race he would most like to win and who signed a one-year extension to his contract earlier this month.