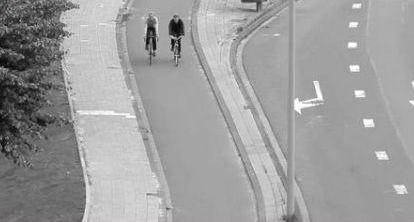 Two former Dutch cycle couriers are appealing for funding to get a film project about urban cycling off the ground.

Sven Prince and Jorrit Spoelstra plied their two-wheeled trade in the city of Rotterdam and in doing so the pair say they came to look at their environment from a different perspective.

As Sven went on to study Social Geography at the University of Utrecht and Jorrit began to work as a director and editor of documentaries, the pair came up with the idea for a film, Genre De Vie, looking at how different world cities embrace embrace cycling as part of their identity.

The pair say the documentary will concentrate on individuals who plan yearly races in the post-industrial landscape of the city, and on the sociological processes in which the bike plays a pivotal role. It will also, they say, focus on the more general role of the bicycle with regards to personal experience and use of space.

Sven and Jorritt need a EUR26,000 to fund the project and are hoping to raise the cash via Crowdfunding, garnering donations from both individuals and corporate sponsors.

The list of cities they hope to visit includes Copenhagen, New York, Amsterdam, Barcelona and Istanbul, the latter, they say,  for its failure to design cycling infrastructure into the cityscape, despite claiming to be a world city.

If you think it sounds like a worthwhile project you can contribute here.