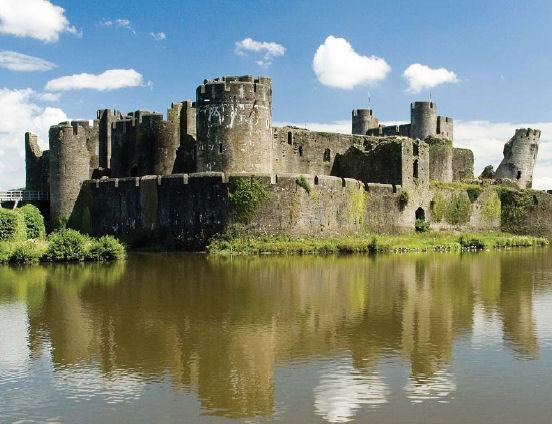 The record attempt will take place next to Caerphilly Castle.jpg

Your chance to be a Guinness world record breaker

Fancy being part of a cycling world record for which there are no special skills required? We’ve got just the opportunity.

Or rather Caerphilly Borough Council has, as they are asking cyclists to go along to a launch event for the Tour Of Britain race where riders can also be part of a Guinness world record attempt for the longest single file line of cyclists.

The attempt will take place on Monday August 15 as part of an event celebrating Caerphilly’s role in hosting the finish of a gruelling 182km ToB stage which starts in Welshpool and will finish atop Caerphilly Mountain.

The race will come to the town on Wednesday September 14 when it will see the denouement of a day's racing that is predicted to be the event’s toughest.

But before the main event, the council is hoping to see around 1000 cyclists gathering to set a new bike-based Guinness record, and any type of bike will do.

Cyclists are asked to congregate at Crescent Road, Caerphilly from 12 noon onwards on August 15 when also in attendance will be Tour of Britain representatives along with riders from some of the 16 participating teams.

Gwent Police are supporting the event and will be on hand to offer security advice to the cyclists. Local suppliers to cyclists and all of the cycle clubs in the county borough are also being invited to play their part in the event.

Cllr Ron Davies, Cabinet Member for Regeneration and Planning said: "We are planning a special launch event and calling on cyclists from across South Wales to join us on Crescent Road in Caerphilly.

“Whatever your preferred mode - BMX, cycle speedway, cyclo-cross, mountain bike, road and track cycling - please make the effort to join us at 12pm on Monday as we're aiming to get 1000 bikes on the site"