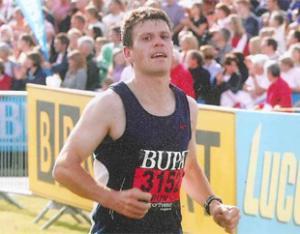 A delivery driver who struck a cyclist and left him dying in the road has been given a 12 month driving ban, a 200 hour community service order and a one year jail sentence suspended for 18 months, reports the Lancashire Telegraph.

Andrew Edwards, 47, who admitted the charge of causing death by careless driving and failing to stop at the scene of an accident, had simply driven on after his van struck 36-year-old Michael Isherwood in November last year.

The impact is said to have launched the victim around 50-feet down the road and despite attempts at CPR by a passing motorists he succumbed to what were described as “catastrophic” injuries. Michael had been riding to work in a cycle lane in Kelbrook Road, Salterforth, Lancs. when he was killed.

Mr Edwards stopped his vehicle 200 metres further on, inspected the damage and even saw the aftermath of the collision as he drove back along the road but still failed to stop and render assistance or identify himself.

Yesterday the hearing at Burnley Crown Court was told that the driver claimed to have suffered a blackout before the impact and had not seen the cyclist. The prosecution, however, stated that when accounting for the damage to the van he had given different accounts to different people.

When arrested the day after the collision Edwards asked police: "Was it that bump yesterday? I didn't know he was dead."

The defence claimed Edwards was under stress at the time following recent brain surgery to his partner and had only returned to work on the day of the collision after a period of three weeks leave. The court heard he had set off for work at 2.35am.

Detective Inspector Mark Rothwell, of Lancashire Police, who led the investigation, said: “Michael Isherwood was on what most people would regard as a very safe piece of road for cycling.

“It is a long, straight and wide stretch with a clearly designated cycle lane. Michael was within that lane and was then catapulted 50-feet to his death by a driver who himself was under pressure through his domestic circumstances, but there was no excuse to leave the scene.

"It is a tragic case from which there is no winner.”

This particular case generated a good deal of comment on road.cc when the decision to charge Edwards with causing death by careless driving and failing to stop was made.

Some commenters felt that the offence warranted a charge of manslaughter but the Lancashire Crown Prosecution Service told us at the time that the defendant had been “charged with the charge which best reflected the evidence.”