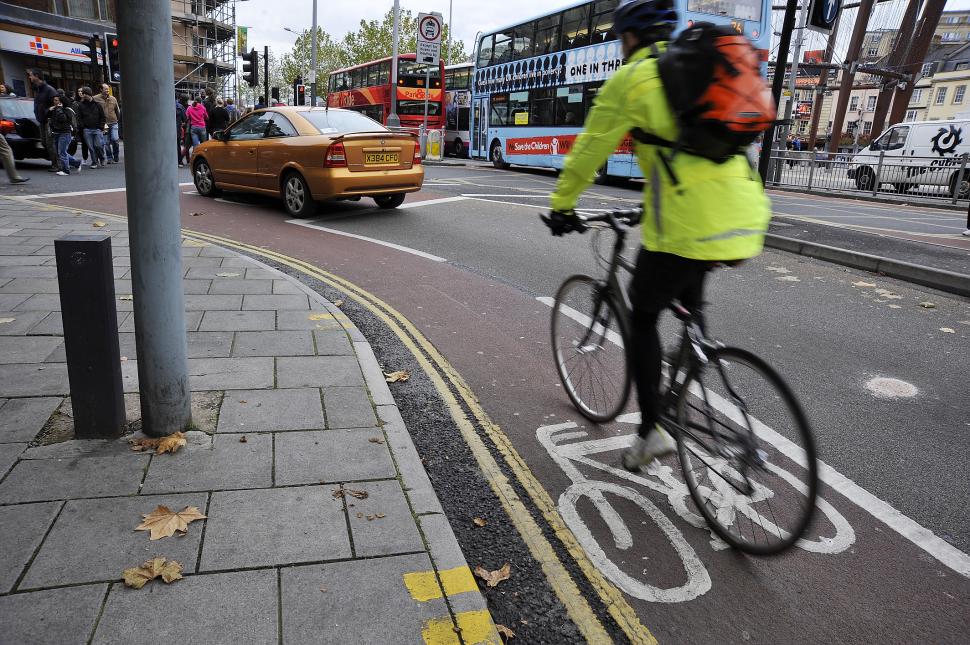 The Government published its draft Road Safety Strategy today the headline items were plans to cut the speed limits on some main roads with a poor accident history to 50mph and to roll out much wider use of 20mph limits in residential areas and reform of the driving test and the way that novice drivers are taught.

Launching the draft Strategy document Roads Minister Jim Fitzpatrick said:
"We've already made real improvements to the safety of our roads - there are now almost 17,000 fewer deaths or serious injuries in a year than there were in the mid-1990s. But it is intolerable that eight people are still dying on our roads each day.

These proposed changes are likely to bring benefits for cyclists and both were welcomed by Britain's biggest cycling organisation, the CTC. However, according to Roger Geffen the CTC's head of Campaigns and Policy the moves on 20mph limits in particular don't go far enough particularly given the proven benefits they bring (road death in Hull cut by 90 per cent) and the wide level of public support they enjoy – including 72 per cent of drivers:

“It’s very good news that the Government is recognising the benefits of lowering speed limits. But if they want people to cycle more we need to go beyond having little oases of traffic calming and have a default urban speed limit of 20 mph with higher speeds only on the more major through roads.”

Such an approach argues the CTC would have the multiple benefits of saving even more lives, cutting confusion about where the 20mph limits do and do not apply, and save on new signage – a not insignificant cost for councils making it one of the prime objections to rolling out further 20mph limits.

At the moment there are two types of 20mph speed limit: 20mph zones usuall, but not always, residential areas which have clearly marked borders where the lower speed limit is clearly displayed to entering drivers. Speed limits in 20mph zones aren't enforceable by the Police however the limits are suppsed to be self enforcing because most 20mph zones are traffic calmed to force drivers to observe the speed limit.

Outside of zones councils can impose 20mph limits on roads, the official advice is that they can be imposed on roads with an average speed of 24mph, as the CTC points out this criteria would apply to a very large part of the urban road network. The stumbling block with wider use of 20mph limits up until now has been the reluctance of many police forces to enforce them - however new measures introduced at the end of last year do allow for 20mph limits to be enforced by average speed cameras - these are currently being used on Tower Bridge Road in London.

Cycling risk to be cut in half

The other measure in the draft strategy that is likely that should bring major benefits for cyclists is the Government's adoption of the CTC's demand to half the risks of cycling with targets based on risk, not just on numbers of injuries. This reflects the CTC and other's research on the 'Safety in Numbers' effect for cyclists on Britain's roads, according to the CTC research cities in England with the highest levels of cycle use are also the safest to cycle in.

Roger Geffen said: “There is good evidence that cycling gets safer the more cycling there is. We’re therefore delighted that the Government has decided to adopt our approach and set targets for increased safety for cyclists, which measure injuries per mile cycled, not just in the numbers of injuries to cyclists. One of the best ways to achieve this is to double the levels of cycling.

“We now hope that local authorities can feel confident in promoting cycling without the erroneous fear that overall numbers of injuries to cyclists will increase along with cycling levels.”

The draft strategy announced changes to the driving test and they way drivers are trained, according to Mr Fitzpatrick:

"The major changes to the driver training and testing process will create better-prepared drivers while our plans for the next 10 years aim to make the roads and vehicles they use safer and so prevent many of the terrible crashes which cut short lives and tear families apart.”

There is as yet though no provision in the new test for drivers to be made specifically aware of the dangers facing cyclists on the roads or on the best ways to share road space safely with them. Speaking to road.cc a CTC spokesman said that the organisation has been lobbying for this change and will definitely be continuing to do so. They also pointed out that new driver awareness of cyclists would also increase dramatically in the future if all children had access to cycle training as part of the national curriculum, at the moment where a child lives plays a big part in whether you will have access to cycle training and although the Government's has set high targets for Bikeability training it certainly isn't going to be universally available in all schools in the near future.

CTC's 'Safety in Numbers' research indicates that cities in England with the highest levels of cycle use are also the safest to cycle in.

There is good evidence that cyclists' safety improves as cycling levels rise. This effect has been calculated as a 34% decrease in the risk of cycling as cycling doubles (http://www.tsc.berkeley.edu/newsletter/Spring04/JacobsenPaper.pdf <http://www.tsc.berkeley.edu/newsletter/Spring04/JacobsenPaper.pdf> ) However there is strong evidence that many places can achieve increases in cycling AND absolute reductions in casualties:

20 mph speed limits create a more harmonious balance between motorised and non-motorised road users on our streets. Not only do they create a more attractive and a safer-feeling environment for cycling, studies also show that they make a pronounced contribution to casualty reduction.

20 mph zones in Hull, have reduced the number of people killed and seriously injured by 90%.

20 mph limits are also highly popular: in the 2005 British Social Attitudes survey, three-quarters of people said they favoured 20 mph limits in residential areas, including 72% of drivers.