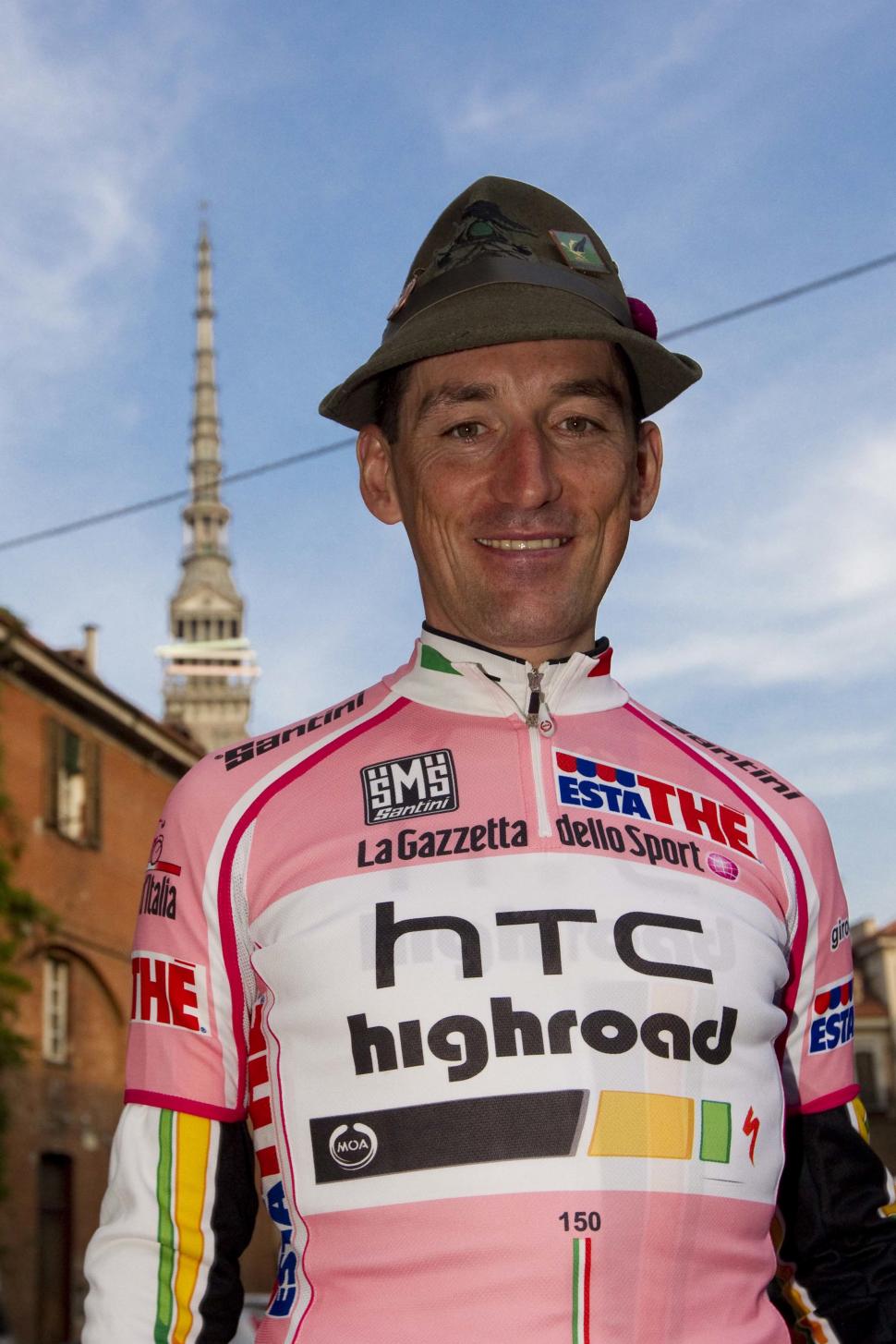 Giro d'Italia Stage 1 Reaction: Pinotti in pink symbolic in so many ways

More than a million spectators took to the streets of Turin yesterday to welcome the start of the 94th edition of the Giro d’Italia, with Marco Pinotti of HTC-Highroad leading his team home to become the first wearer this year of the maglia rosa. The fact that it is the 35-year-old who will wear the jersey today is in itself symbolic, for several reasons.

Today’s Stage 2 starts in Alba, home of the Ferrero confectionery group, whose brands include the jersey’s sponsor, Estathe. The departure of the stage should have been a celebration of that association, which has lasted 15 years; instead, it will commemorate the death last month, while cycling in South Africa, of one of the heirs to the business.

Then there’s the fact that Pinotti is well known as an outspoken critic of doping. With the Mantova doping investigation last week threatening to overshadow the start of this year’s race – riders implicated such as Alessandro Ballan and Marzio Bruseghin were dropped from their respective teams BMC and Movistar – the HTC-Highroad man’s success will encourage those within Italy fighting against the cheats.

Moreover, on a day when the 23 teams flashed past the crowds lining the wide city’s wide avenues – his team’s time of 21 minutes 59 seconds gave it an average speed in excess of 55 kilometres an hour – Pinotti, riding in the colours of the Italian national time trial champion, was one of the few riders who proved easy to pick out.

Given the vast numbers of former members of the Alpini mountain infantry corps present in the city for their annual reunion, that meant that Pinotti and his team mates were guaranteed more cheers than most as they sped by. Many of those Alpini would have been unaware that the cyclist himself is from the Alps, hailing from Bergamo.

Pinotti did not join the Alpini himself, electing to forgo military service to attend university, where he followed in his father’s footsteps by studying engineering. But, he said afterwards, “Inside me, I feel a bit Alpino.”

On today’s 244km stage into Parma in which a bunch sprint is almost certain, Pinotti will work for team mate Mark Cavendish, and accepts that today could be his only day in pink. “It would still be a lovely present,” he insisted.

“Our task will be to take Cavendish to the point where he can carry out his sprint. And if he takes the maglia rosa, I’ll be happy. I’ve already achieved my dream.”

As for the continuing spectre of doping that hangs over Italian cycling, Pinotti is unequivocal in his condemnation of those who would assume that all riders cheat. “It makes me angry. Cycling’s much cleaner than people believe, I’m the proof of that. I back the ban on the use of needles. And I say: four year bans for those who dope.”

Meanwhile Cavendish, who was the fourth member of his team over the line, singled out Tyler Farrar, Alessndro Petacchi and Robbie McEwen as his rivals in the few potential sprint finishes in this year’s race.

The Manxman confessed that he is only feeling 70-80% fit due to back problems, but insisted that he would be fighting for the victory alongside his rivals.
Asked whether he and Pinotti spoke English or Italian when they talk to one another, Cavendish laughed, saying: “It’s the wrong question. I can assure you that Marco’s English is better than my English.”