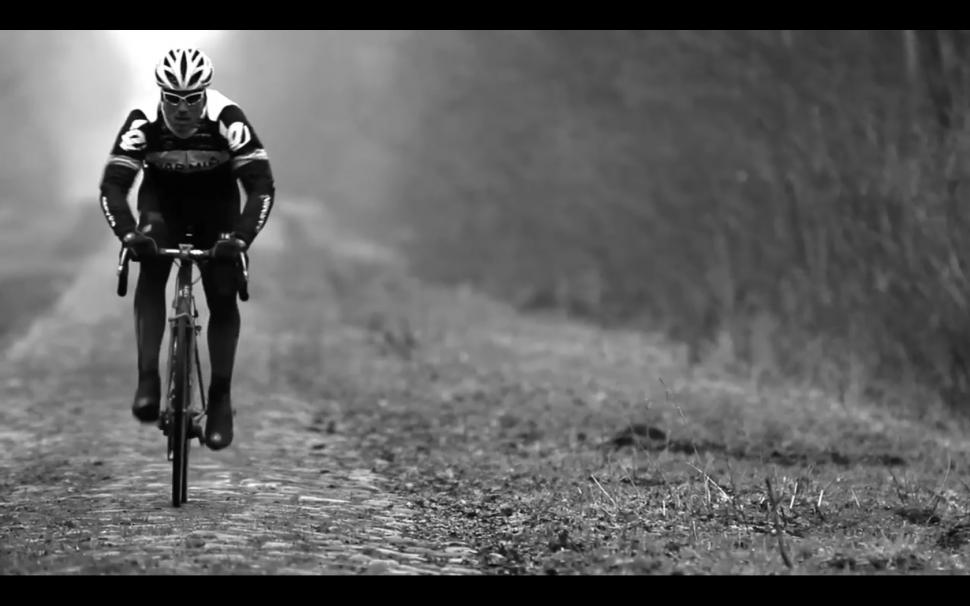 Carbon prototypes are designed especially for the cobbles
by Mat Brett

Next weekend’s Paris-Roubaix (10 April) will see Thor Hushovd and his Garmin-Cervélo teammates race over the cobbles on prototype wheels from Mavic code named M40. They’re semi-deep section carbon wheels designed especially for the Classics and cobbles.

Mavic have made a short video featuring the wheels and Hushovd’s part in their development. It’s a similar proposition to the short film that Zipp produced towards the end of last year featuring their 303s and Fabian Cancellara.

The M40 composite wheels have 40mm-deep rims including carbon brake tracks, a wide profile, and 24 spokes apiece. Mavic aren’t giving too many details so it’s difficult to gauge how closely these wheels resemble the existing 40mm-deep Cosmic Carbone Ultimates which come with 20 spokes front and rear.

We’re guessing the name comes from the rim depth rather than the London to Birmingham motorway, although Mavic tell us that it’s not a possible final name for the product.

In the video, Norwegian world champion Hushovd rides the pavé and says, “With the M40, all went well. It’s a rigid wheel. When I sprint, it answers. It is also very good on the cobblestones. I don’t feel every shock and this is the most important thing – we do not feel every little cobblestone.”

Michel Lethenet from Mavic said of the M40 project, “It’s an ongoing process in close collaboration with top athletes. It has been already used during other races. Different versions have been already done and updated considering the riders’ input.

“This one prototype is dedicated to the Classics and cobbled roads, with its special lateral rigidity/lightness/low inertia/aero versus vertical compliance/comfort/endurance/reliability ratio.”

“[The purpose is] to collect information to improve our products and moreover to provide our cycling team with the right product they need to reach their aims.”

Hushovd has made the Paris-Roubaix podium for the past two years, but has yet to win the race.