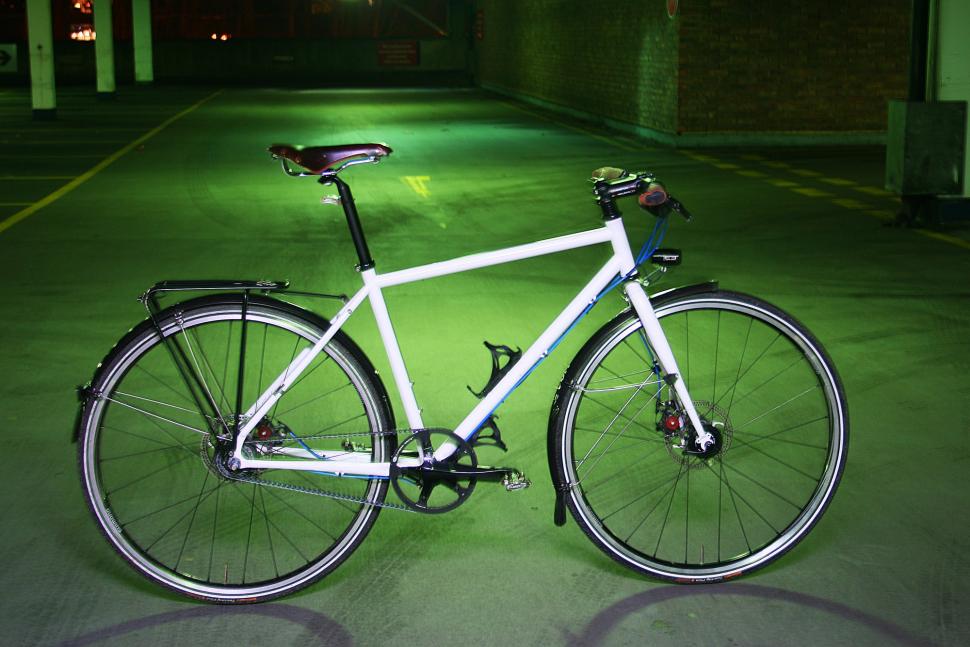 Milk Bikes was founded in 2010 by long-time cyclist and commuter Mark Meadows who grew increasingly frustrated with the amount of time spent cleaning and maintaining his bikes. Mark, who grew up on a dairy farm – hence the Milk name – and holds a Sports Technology degree from Loughborough University, aims to produce low-maintenance high-performance bikes.

“I feel that bike maintenance is seen as a necessary evil of owning and riding a bike. With the technology available today we shouldn’t have to spend Sunday afternoons with a can of degreaser and a bucket of water,” said Meadows.

The first bike available from Milk is a commuter that has been dubbed the RDA – as in recommended daily allowance. It features a 4130 double-butted chromoly frame that is able to run Gates’ carbon belt drive transmission. This system requires no greasing and, when coupled with Shimano’s Alfine internal hub gears, needs virtually no maintenance. Other low-maintenance features of the bike include disc brakes, puncture-proof tyres, front and rear lights powered by a hub-dynamo, full mudguards and the full range of rack bosses.

Two RDA prototypes have been built to test the design and components. They were ridden almost daily over the winter. Only a few minor revisions to the design were needed before the bike could be put into production.

Production framesets are currently being manufactured in Taiwan. It will be possible to pre-order framesets in early April directly from the Milk Bikes website, with stock arriving in the UK in the middle of May.

“Framesets will be priced quite competitively at around £400 – final pricing is yet to be decided,” said Meadows. “Complete bikes will also be available from Milk as custom builds according the individual rider’s requirements and preferences.”

The company currently has a handful of other bicycles at various stages of development, all of which make use of the carbon belt drive system developed by Gates in the USA. Some of these prototypes will be shown at the inaugural Bespoked Bristol: UK Handmade and Boutique Bicycle Show to be held 10–12 June.