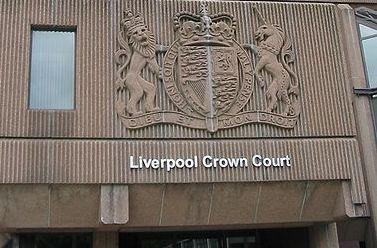 Another "careless" driver walks free after killing a cyclist

"Momentary misjudgement" to blame for rider's death...
by Mark Appleton

It’s a depressingly familiar and all too predictable pattern.

Driver kills cyclists, pleads guilty to “careless” driving and walks free with a sentence that provides neither satisfaction to the bereaved nor a deterrent to other “careless” motorists.

The latest case has come to our attention via the Wirral Globe and involves a 44-year old grandmother, travelling in a car with her three daughters and grand-daughter.

At about 4pm on April 11, 2010 on the Wirral’s North Wallasey Approach Road, Wendy Tsang was driving a Vauxhall Vectra that ploughed into the back of cyclist Matthew Chapman, 28. The painter and decorator, was thrown into the air, striking the windscreen and roof of the car before landing on the carriageway. He suffered multiple injuries including skull, neck and rib fractures and died in hospital later that day.

Tsang had overtaken vehicles on the dual carriageway and was attempting to pull across the nearside lane and exit via a slip road on to Leasowe Road in a single manoeuvre. At Liverpool Crown Court her defence lawyer, Lee Bonner, said Mrs Tsang made a "momentary misjudgement."

The prosecutor Geoffrey Greenwood said Mrs Tsang had pleaded guilty to the offence of careless driving but said she had suggested that the cyclist had moved to the left as she attempted to pass on his inside.

Judge John Roberts told Tsang: “There was insufficient room for you to pass. You drove too close to him and failed to allow for the possibility he would wobble and you collided with the rear of that cycle as you tried to enter the slip road.”

He ordered her to carry out 200 hours unpaid work, banned her from driving for three years and imposed a four month curfew using an electronic tag.

Following the sentence Mr Chapman’s relatives expressed their dissatisfaction with the level of punishment handed down, particularly, they said, in the light of lengthy jail sentences recently imposed on politicians convicted of fraud, crimes in which there was no loss of life.