An Edinburgh cyclist who has struggled with depression and anxiety since she was a teenager will seek to raise awareness about mental health problems by attempting to become the fastest woman to ride around the world. Helen Langridge will set off from Brussels on May 31, aiming to complete the 18,000-mile trip in 110 days.

“I want to show people that ill mental health doesn't mean you can't achieve great things,” she said. “I want to push my limits and really see how fast and far I can go. I’ve been at my lowest, now I need to be at my best.”

Langridge, who is originally from Kent, will need to ride for 15 to 16 hours a day to break the current record. This means only around five hours sleep each day with the remainder for eating and breaks.

Her journey will take her through the Netherlands, Germany, Poland, Lithuania, Latvia and Russia. From there, she’ll head south through Mongolia and China until she reaches the outskirts of Beijing.

After a flight to Perth, she’ll ride across the continent via the Nullabor plain before flying to the south island of New Zealand. After a week riding through both islands, she’ll fly to Anchorage, Alaska. (She says she’s already looking forward to “a welcome sleep on the plane.”) From there she’ll head east into the Yukon, dip down into the USA, before heading back north-east into Canada and onto the east coast.

Her final stretch will be “riding fast from Lisbon back to Brussels.” 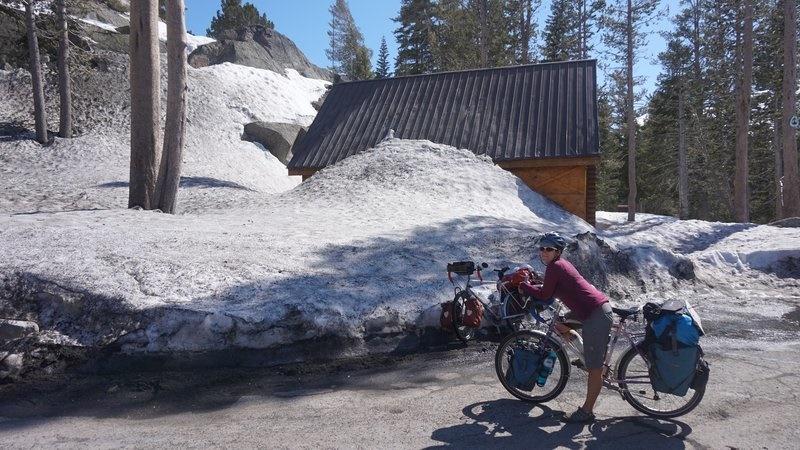 Langridge says she has dreamt of breaking the record for years. In the last 12 months, she has been training six days a week and planning her route alongside her full-time job.

“It’s a cliché, but it’s everything,” she said. “It’s been my life for the last four years and it’s pulled me out of a really dark place.”

The men’s record of 79 days is held by Mark Beaumont, who commented: “This is a massive challenge, and so much more than racing the bike – it is everything that happens off the bike: finding a place to stay, food and clean water, all against the clock for months on end.

“I wish Helen the adventure of a lifetime and every success. She will undoubtedly inspire a huge amount of people who can relate to her personal fight.”

This is not Langridge’s first trip round the planet. In 2016 she met Mike on Tinder and on their second date they decided to cycle around the world together.

“We had both wanted to do it but finding someone else who wanted to do it too was the catalyst for a huge adventure,” she said. “15 months later, we left Glasgow to ride 18,500 miles through 30 countries and returned married, broke but completely happy.”

Speaking about the route she’s planned for her record attempt, she said: “I feel like I know every inch of it. I’ve ridden some of the roads before which gives me quiet confidence. I’ve got a really well planned out game plan. Everything can change, but we’ll see.”