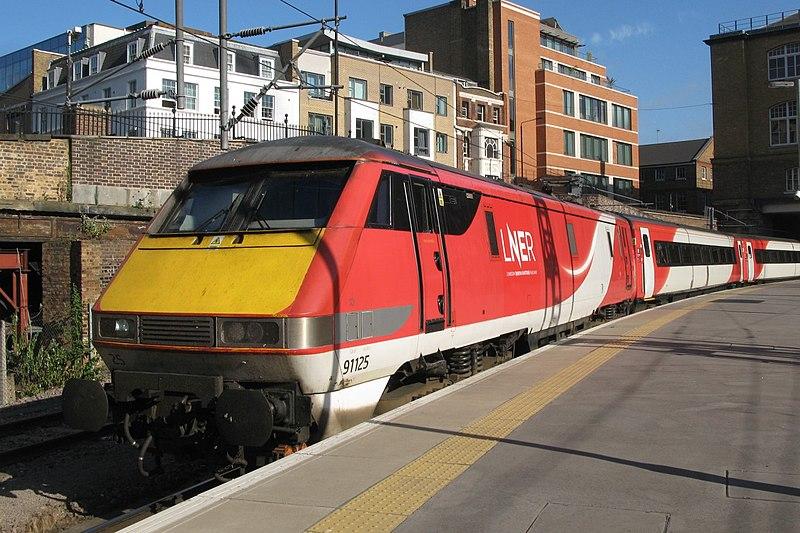 Graham Mackenzie was heading from Edinburgh to Kirkcaldy after 12.5-hour night shift
by Simon_MacMichael

A senior doctor from Scotland was thrown off an LNER train because he had not booked his bike – even though there were four spare spaces to store bicycles on the service.

Dr Graham Mackenzie, a specialist in public health who is now training to be a GP, was heading home from Edinburgh to Kirkcaldy after completing a 12 and a half hour night shift.

In a tweet to LNER he said that being unable to take the train he had planned to take meant that he lost one hour of his rest between back-to-back night shifts.

Today, after 12.5h night shift, I was kicked off your as not booked

In reply to his tweet, LNER said they were “Sorry to hear this,” adding “You can easily book a bike in advance by messaging us on here.”

However, Dr Mackenzie told LNER that “it's difficult to predict when a hospital shift ends, so not possible to inform [the] day before.”

He continued: “There were four empty spaces and nobody else needing them. It would have put nobody out to have allowed me on one stop,” he added, saying the following train had been cancelled and the service after that was “standing all the way.”

Other Twitter users shared problems they had encountered trying to board LNER and other services with a bike.

One, Lizzie Chandra, said: “Commuting with bikes in UK is more difficult than it should be and LNER are particularly bad.

“I once made an emergency trip home when husband was seriously ill and there was no one else to collect kids -despite explaining the situation they refused to let me on despite space.”

Dr Mackenzie, who spent four years researching the role of social media in global healthcare and public health said that “Listening and flexibility [are] a really important part of any job.

“LNER should have a look at all the responses here, reflect on policy and test some new ideas

“There is a lack of reasonableness, logic and compassion here,” he added.

A number of people expressed their shock at LNER’s lack of flexibility, with one commenter saying: “People booking should have guaranteed places. That's all. And then if there are places available it's plainly stupid to forbid someone who did not book, to use them. Unnecessary bureaucracy causing unnecessary harm.”

LNER has also faced criticism in recent months regarding the difficulty of using the bike storage areas in its new Azuma trains, which run on inter-city routes including some in Scotland. GWR, which operates similar Hitachi-built rolling stock, has come under similar criticism.