All today's news from the site and beyond as we try and get over the Christmas excess...
3 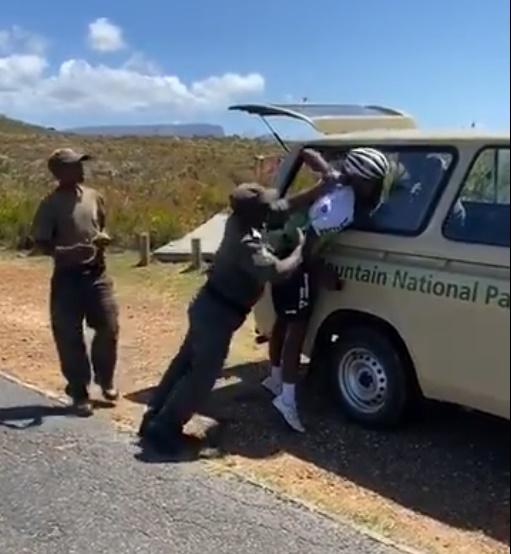 NTT Pro Cycling has responded to the Dlamini incident that features in the footage below.

"NTT Pro Cycling would like to be clear that we fully condemn violence in any form and are all highly distressed to see our teammate treated in this manner," it has said.

Team principal Doug Ryder added: "I was both devastated and appalled to see the video of Nicholas on social media.

"To watch a young man who I know so well in such unnecessary distress made me feel sick, to be honest. The way in which he was treated is simply not acceptable."

The team's released a full statement in which it has called upon SANParks to urgently account for "the level and scale of physicality employed by the officials in subduing Nicholas."

It has also asked, "What type of message does this send to both local and foreign visitors who want to visit [one of South Africa’s premier tourist attractions]?"

The team's demanding a full apology and immediate disciplinary procedures against the officials involved.

His aim was to finish on the same lap as the winner in the Zolder cyclo-cross World Cup race.

Froome, who lived in South Africa as a teenager, was reacting to the statement put out by Table Mountain National Park, that claimed Nic Dlamini (who they hadn't officially named) "injured himself" in the confrontation.

Nic Dlamini, a South African who rides for NTT Pro Cycling (formerly Dimension Data) suffered a broken arm earlier today during an altercation with rangers at the Silvermine section of the Table Mountain National Park (TMNP).

South African National Parks, which manages the area, told News24 that Dlamini was arrested because he hadn’t paid for an activity permit.

"What seems to have happened, the rangers were alerted of a cyclist that entered gate 1 of the Silvermine section of Table Mountain National Park without making any payment," said SanParks spokesperson Reynold Thakhuli.

"On investigation, they found the cyclist in question, stopped him and asked for the necessary permit which he did not produce. As per the law, that is a transgression which requires them to be fined or apprehended.

"It is alleged that the cyclist became quite aggressive with the rangers, hence the scuffle. The arm may have broken as a result of him resisting arrest.”

Dlamini was taken to hospital by the rangers.

The matter is under investigation with SanParks seeking statements from everyone involved.

NTT Pro Cycling tweeted: "We are aware of a video in which one of our riders, Nic Dlamini, was involved in an incident in Cape Town earlier today. He's currently undergoing medical assessment after which we'll be able to provide a full update on what transpired." Simon Yates keen to perform at the Olympics

Simon Yates is targeting the Giro d'Italia and Tokyo Olympics this coming season.

He’s told Cycling News that he believes the former will be the best way to prepare for the latter.

“I think going to the Tour would mean it's a little too short to get over the jet-lag and get used to the conditions,” he said.

“I think we [Great Britain] only have a small team – four riders – and it'll be a strong team, whoever goes. I don't know if they'd be doing the Tour coming into it or whatever.

“I don't know who the guys will be, or even if I'll be going yet. I need to make sure of my own space. But when I was a kid, I wanted to be an Olympian. I've not been before, so it's very motivating to go and try to pull off a medal or even win.”

With bush fires blazing in South Australia and temperatures still high, a koala climbed onto a cyclist’s bike to drink from her water bottle.

"We’ve seen literally hundreds of koalas over the years, we have never seen a koala do this," Anna Heusler told 7 News.

"We were descending from Norton Summit Road back into the city early this morning and we came around a bend and there was a koala sitting in the middle of the road.

"Naturally, we stopped because we were going to help relocate him off the road.

"I stopped on my bike and he walked right up to me, quite quickly for a koala, and as I was giving him a drink from all our water bottles, he actually climbed up onto my bike.”

The cyclists then escorted the koala back into nearby trees.

Ex-pro cyclist Phil Gaimon – he of The Worst Retirement Ever series of posts on social media – has kicked off a Twitter thread that for many kids taking to two wheels for the first time, or whose parents gave them a new bike this year, will be The Best Christmas Ever.

On Christmas Day, the former Cannondale Pro Cycling rider invited followers on Twitter to share pictures of kids who had been gifted a bike this year. There was a fair old deluge of replies, and a lot of very happy faces.

If your kids got a bike today, please respond to this with a picture or video of them enjoying it.

Our news editor Simon’s annual festive tradition these past five years has been the Christmas Day bike ride in London, which departs at 11am from the Southwark Needle – it’s such a friendly affair that he’s now even on first name terms now with some of the other participants (no Rapha pun intended).

Even so, he was mildly surprised when some bloke he mentioned it to in a pub near Paddington actually turned up on Wednesday morning … and way more surprised when he saw what the guy was riding.

A Santa ‘chapeau’ to him.

Yesterday, pick bike up from where parked last week, spend 10 mins outside pub decorating it, bloke in Santa hat/beard gets chatting, I say it's for bike ride today. He asks details, so I say, London Bridge, 11am.

And he turns up.

... you should be looking forward to longer and warmer days.

So, coach tickets are still going for next year's Dunwich Dynamo.

Make it one of your 2020 New Year's resolutions.