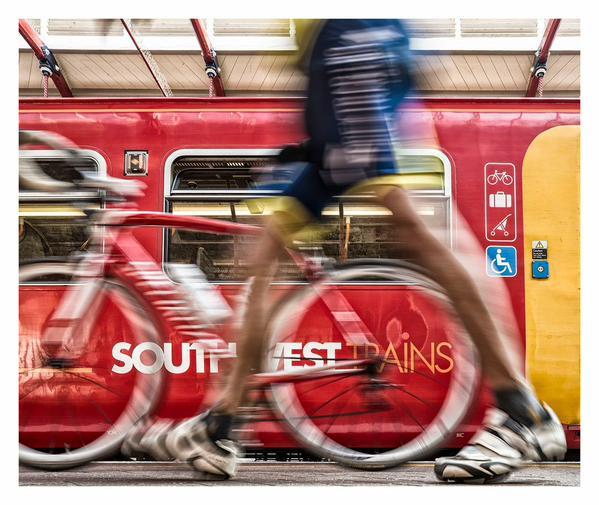 We asked for your experiences of travelling by train with bikes - here's what you told us about booking, boarding, replacement bus services and more

It's very much hit and miss on Britain's railway network...
by Simon_MacMichael

A few weeks ago, we asked you for your experiences – good and bad – of travelling by train with your bike and, as you can imagine we got a fair old response.

Several recent stories prompted us to throw the question out there, including the poor provision of cycle storage on new inter-city services introduced by companies such as GWR and LNER.

At the other end of the scale, there was ScotRail’s pledge to introduce cycle carriages on the West Highland Lane, primarily aimed at the tourist and leisure market.

In the UK, of course, the franchising system created through the privatisation of British Rail in the 1990s means there are currently more than 20 train operating companies here.

As a result, provision for bikes on trains is piecemeal, and if your journey involves a change of operators, you could see both the good and bad sides of it.

We’ve sifted through your replies to draw out a few common themes; head to our original article to find the responses in full, as well as the authors.

A number of operators now require you to book a cycle space in advance – but even if you do so, whether it works in practice can be a bit of a lottery.

Been on the TransPennine Express quite a few times now from Manchester to Hull, booked bike on, a label was tied to where I had to put the bike, worked fine.

That was with a standard bike, but with a tandem, the same reader had a different experience with another operator.

It takes up less space than two normal bikes but Northern Rail have refused to let me take it a couple of times, even pre-booked. But they are a useless train service.

Here’s another reader’s experience – but it’s worth noting, they haven’t been on those new inter-city trains yet.

Travelling mainly off-peak in the UK, but limited to LNER on the East Coast, Cross Country and Northern, my experience has generally been good, but I always book in advance. Not tried the new trains on LNER (Azuma) or GWR yet, but the bike ‘cupboards’ don’t look encouraging, especially at a time when the popularity of cycling is growing.

To my mind, this is the worst of all worlds. You still need to get there 10 mins in advance and book the bike on (so no using the automated ticket machines, you have to queue up to see a person at the desk which isn't always possible) and I'm not sure the bike booking updates ‘live’ – in other words it's possible for someone to get on at a station one or two before yours with a bike, you turn up, reserve your spot and the system says ‘Yes, crack on’ and then you get on and there's already bikes in the space.

Getting on and off

Boarding a train, or disembarking at your destination, can be a bit stressful going by some of your comments.

Getting off the Virgin East coast (at Stevenage) at 11pm and nobody to open up the baggage carriage door and the platform guard whistling the train to leave so bike on its way to Kings Cross, me screaming at the clearly deaf/ignorant person from 75 yards away ‘Get my effing bike off the effing train’ after three previous attempts to grab their attention failed.

That reader had another poor experience with Virgin while waiting for a late running train from Doncaster and with no staff around to tell him which end of the train the bike storage was in.

Get told it's the other end as its pulled in so a sprint down the platform shouting at people to get out the way … [train staff] telling me to hurry up getting my bike in the carriage, I said ‘Excuse me, it's you who were an hour late and I'm making my bike secure, you'll wait until I've finished sorting that’.

Another commenter was headed from Stoke to Manchester and had what seems to be a common problem – how do you board a train with your bike when you need a reservation, but the system isn’t working? He came up with an ingenious solution.

Arrived at Stoke station to be told they couldn't reserve a bike spot as the system had been down all day. Stood on the platform and Mr Jobsworth came up and asked for my reservation, told him of his own company's problems and that I'd just hop on. He decided otherwise.

I had a multi tool with me so quickly took the front wheel off and asked another passenger if he'd take it on for me which he did. I got on with the frame and the other wheel, guard is physically trying to drag me off for boarding with a bike, told him i didn't have a bike, I had a bike frame and a wheel. Threats of British Transport Police and i told him to crack on!

If you can’t get the train crew’s attention when you’re standing on the platform, trying to get into a locked area for your bike, open an adjacent passenger vehicle door and wait, this will get you noticed, along with shouting of course!

As we’ve said before, this can be very hit and miss and very much depends on the operating company you are travelling with, as well as the type of rolling stock on the service. It’s clear a few people miss the older long-distance trains progressively being phased out where bikes were stored in the guard’s compartment.

On the East Coast route into Kings Cross, the best bike space that I’ve used is on the electric long distance services, locomotive and 9 coaches (soon to be withdrawn and replaced by the new Azuma) where there is a traditional ‘guards van’ type space with sturdy D hoops, where the bike can be wheeled in and kept horizontal. Plenty of room for around 5 bikes, and panniers if you choose to leave them there.

Here's another response in a similar vein.

I loved the old HST guard’s van on GWR, space for maybe six bicycles.  And a bit of peace of mind.

Sheffield to Bridlington train on Northern Rail earlier this year. Got a normal comfortable seat right (as opposed to a fold/flip down) right next to my bike on the carriage, big gap to roll bike through into the compartment, Just perfect, but a complete one off in 20 years of bike by train.

Off peak [Thameslink] train (to Brighton) are okay, you can pretty much put your bike where you like in the vestibules (even 1st class) without much agg because the trains are maybe a quarter to half full.

Especially where space is limited in the first place, other passengers taking up the area where bikes go was a common bugbear.

It's the other passengers that are present the worst problems, putting their massive suitcases in bike areas or just standing in vestibules (even when seats are available)  or you get on the train and some f*ckwit is sitting in the fold-down seats in the bike area and refuses to move.

This can be a real problem – what to do when you planned on taking your bike on the train, but for some reason there is a replacement bus service for part of the journey?

My worst experiences have been with bus replacement services has always been a battle to get the bike on a rail replacement bus ...

Some people have had a happier experience, however …

Big thumbs up for ScotRail. Quite a few other cyclists on one journey recently with a replacement bus service - the staff were friendly and helpful and assisted us moving bikes onto the buses.

Shout-out for the staff

As you’ll have seen from some of the comments above, some members of railway staff can be less than helpful … but we also had plenty of comments from people appreciative of the help they were given. It's also worth bearing in mind that it isn't the train or booking office staff who set the rules.

I book at my local station, York, where the booking office staff are very knowledgeable and helpful. Booking a group of say four and sometimes needing to travel on separate trains can be a challenge, but stick with it.

I commute all the time on GWR trains and nowadays the staff seem to be friendly and helpful towards cyclists. The actual provision for bikes can let them down, depending on which stock they're using but the crucial factor is how many other bikes need to get on the trains as it can get quite crowded.

And finally, some common sense

It's stupid that the rules, booking method and quality of provision varies so wildly from one train operator to another. There should be a national standard.