Maxime Monfort - and your kids - we salute you.

So happy to announce that I’m selected by @Lotto_Soudal to ride @LeTour
Let’s fight with the boys for big results in July pic.twitter.com/M8r9xuWsXA 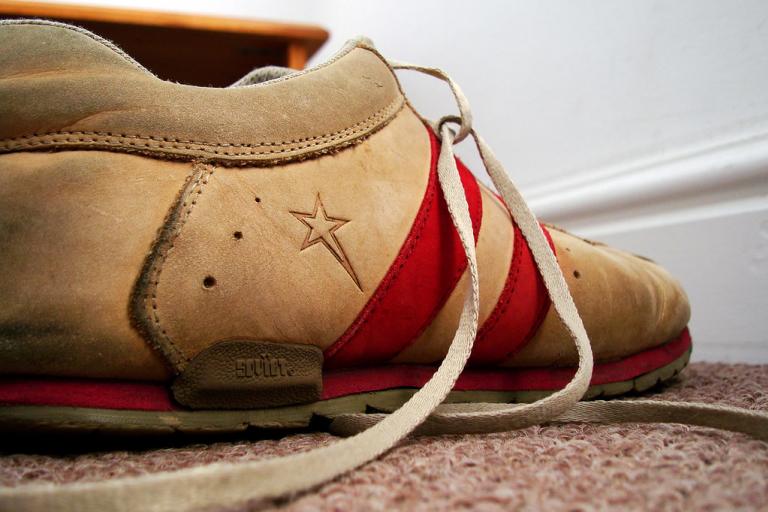 The latest bike safety idea from the US? Tie your shoelaces properly

Oh, and wear a helmet and arm and knee pads.

Advice comes courtesy of Ross Gullickson, the chief of police in North Mankato, Minnesota, who says: “The singular biggest thing that people can do to protect themselves is wear a helmet, wear pads on the knees and elbows and tie their shoe laces tight.”

Glad we got that one straight.

In case you don't know how to tie-up shoelaces properly, here's an educational TED Talk  on the subject.

Or maybe just buy slip-on shoes or ones with a Velcro closure ... ?

“It is not appropriate for any retaliation, be that physical or verbal,” says GMP.

Follow-up to our story from Friday, read the full article here.

Vauxhall Astra YE55CNK. No insurance, no tax, no MOT.

Close-pass at speed, then driver drives into cyclist (with indicator on to intimidate), whilst back-seat passenger spits through window.

Manchester needs infrastructure to protect cyclists from these psychopaths. pic.twitter.com/vbZ1UDl8YK 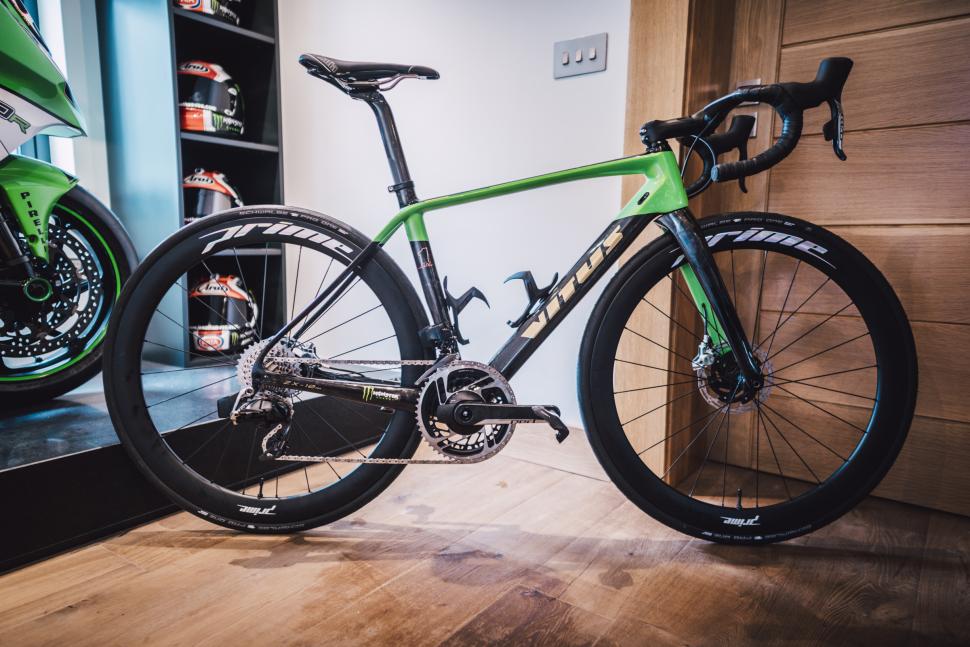 Vitus have presented Reas with this custom version of their ZX-1, with a Kawasaki green paint job and weighing in at 7.5kg. Here's the full spec:

You can watch a video of the bike being built here.

One wonders what happened to this cyclist to make him want to adopt full body armour on the morning commute...

Still, 72 flats (and 200+ residents) in this block and NOT A SINGLE bike parking space, what do they expect? And this is one of London's more bike-friendly boroughs. 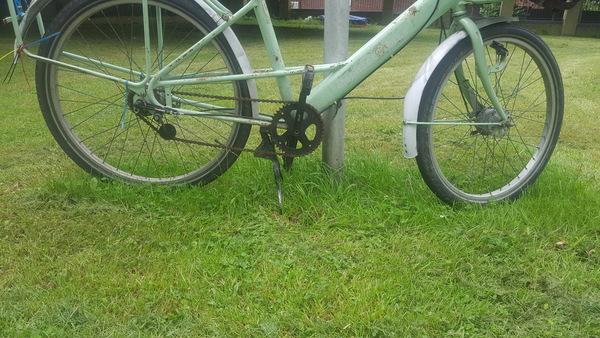 It looks even better with the bike removed 26 June 2019, 10:33
Police are reportedly trying to hand out tickets to cyclists, not drivers, after bike courier was killed in Manhattan on Monday morning

I am disturbed by reports of a NYPD crackdown on cyclists near the intersection where cyclist Robyn Hightman was killed yesterday by traffic violence. Trucks and cars are the cause of the overwhelming number of traffic fatalities in our city. https://t.co/w3zPRPqCQD

20-year-old Robyn Hightman became the 12th cyclist killed in New York City this year on Monday, hit by a truck driver who drove off unaware before returning to the scene shortly afterwards after being informed by a witness, according to CBS New York. The Gothamist reports that police in the area where Hightman was killed were found to be looking for cyclists committing minor traffic violations instead of ticketing drivers breaking the rules. Officer Carlos Negron told the Gothamist:

"Our unit is specifically the bicycle unit—whenever there's a pedestrian struck or a bicyclist struck, anything that involves a bike, we try to respond to it.

It's not illegal for cyclists in New York to ride out of a bike lane if there are surface hazards or obstructions in front such as vehicles or pedestrians.

20-year-old Hightman ran a cycle courier company, and was an ambassador for the Hagens Berman Supermint team while riding competitively for Spin Peaks. A vigil was held in New York yesterday, and the Supermint team have also left a lengthy tribute on their Instagram page.

#robynhightman, killed by a speeding trucker this morning. The driver fled, came back, and the police sent him on his way. #VisionZero @NYC_SafeStreets @TransAlt @SpinPeaksRacing pic.twitter.com/HG5GxT9dy9 The woman claimed at a public meeting earlier thois month to be Eilidh's aunt - and said the cyclist, crushed to death by a lorry at Notting Hill in 2009, would have opposed a cycleway planned for the same route. Full story here. if.com reports that the feature-length documentary, called 'Phil Liggett: The Voice of Cycling', will get a premiere in October 2020 and a cinema release shortly afterwards. It will folow the commentator around some of the biggest events on the cycling calendar, including the Tour de France.

Backed by Demand Film and produced by Nickolas Bird and Eleanor Sharpe, this will be their follow-up to the popular 'MAMIL' documentary. Liggett said: “As we have been filming in secret at various locations and scanning the archive I was not aware how full my life has been and how privileged I have been to be a part of this wonderful sport and pastime of cycling.

“Demand Film did a great job with MAMIL and I know that they can be trusted to handle my story and share it with the world.”

It has been a pretty furious racing pace at the front of the pack and its interesting to make some comparisons to other recent events: look into comments for more... - - - - - #gbduro19 #gbduro #gbdivide #noprizesnosupport #dotanalysis

Morton has steamed ahead on GBDURO, an unsupported mixed-terrain version of LEJOG, reaching the second checkpoint of four inn 63 hours after 1,100km of riding. The route is 1,960km in length, so Morton should finish by the end of the week.

Many of the 26 who started have already pulled out but 13 are still going strong, check out the live feed and results here.