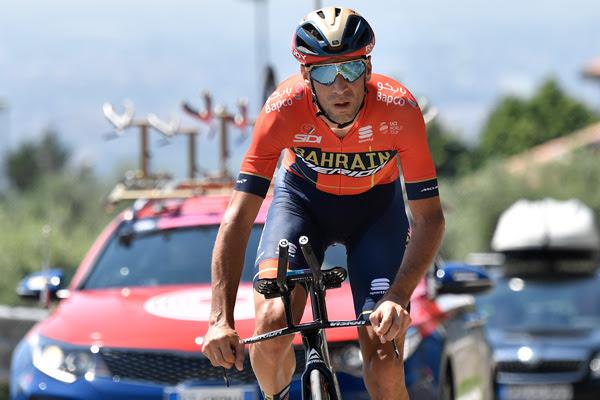 Owner of Segafredo coffee business plans to build "top-level team" around the Sicilian...
by Simon_MacMichael

Cycling’s transfer season doesn’t officially open until 1 August, but one high profile move has been confirmed today, with the sponsor of Trek-Segafredo saying that Bahrain-Merida’s Vincenzo Nibali will be joining the team for next season.

In an interview with Italian sports daily La  Gazzetta dello Sport, Massimo Zanetti, owner of the Segafredo coffee business, said of signing the Sicilian: “I’ve wanted him very badly and finally I’ve pulled it off.

“He’s brave and good, like all champions. This is how champions are – modest, they don’t draw back, because they don’t have to prove anything to anyone.

“When someone is worth nothing, however, they’re a pipsqueak but think they’re someone big.

“Vincenzo is the best Italy has and one of the top riders in the world,” he continued.

“I’ve noticed that all riders, even if it seems a paradox, need a patron, a ‘dad’.

“Now that teams are more international, they have many leaders, but what we want is a family relationship," Zanetti added.

“Here Nibali will find all of that and we’ll build a top-level team around him.”

The 34-year-old plans to race at the Tour de France in July, where he will be targeting stage wins and the mountains classification rather than the overall.

He is one of only two men currently racing to have won all three Grand Tours – the other is Chris Froome of Team Ineos – and has also won three Monuments, triumphing twice at Il Lombardia and winning last year’s edition of Milan-San Remo.

Trek-Segafredo won the mountains classification at this year's Giro d'Italia through Giulio Ciccone, who also took a memorable win from the break on Stage 16, a day  when the race tackled the Passo di Mortirolo.