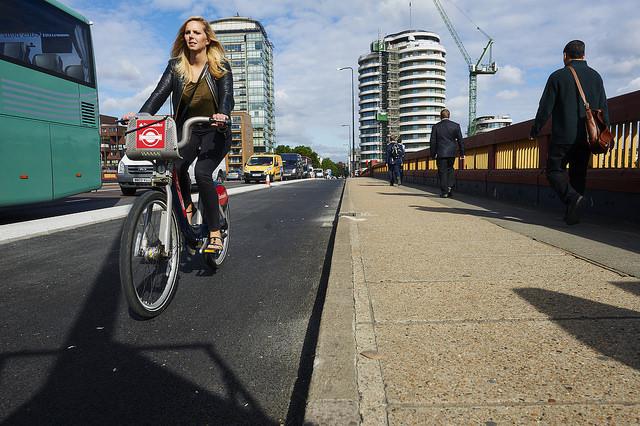 London's cycle route networks to be renamed Cycleways to provide more mass appeal and end association with speed...
by Simon_MacMichael

The Cycle Superhighway and Quietway names have been dropped for cycling infrastructure in London, with routes instead being unified under a single brand, Cycleways, it has been confirmed to road.cc.

The renaming is partly aimed at removing negative connotations of the word “Superhighway,” which opponents of planned infrastructure have often seized upon to conjure visions of speeding cyclists mowing down pedestrians.

In March last year, the London Assembly Transport Committee recommended to Mayor Sadiq Khan in a report on cycling infrastructure that he “change the name of Cycle Superhighways to something more inclusive.”

In the report, the committee said: “We have heard that the term ‘Superhighway’ creates the wrong impression for what this infrastructure is supposed to deliver.

“It appears to emphasise cycling long distances at high speed, which may not be the best way to attract a wider range of inexperienced people to cycle.”

News of plans to unify the network under a single brand emerged before Christmas as the mayor published his Cycle Action Plan, which aims to double the number of trips made by bike in the city.

At the time, Transport for London (TfL) said that the decision to rebrand resulted from “clear feedback from Londoners on the current brands, which can be misleading – especially for those new to cycling – and is in line with best practice from the world’s top cities for cycling. The identity for the new network will be revealed in early 2019.”

While the cycling page on the TfL website still makes reference to Cycle Superhighways and Quietways, buried deep in yesterday’s press release from the Mayor’s office announcing funding for 11 new Liveable Neighbourhood schemes were references not to the planned Cycle Superhighway 4, for example, but instead to Cycleway 4.

> London’s lethal Holborn gyratory to get £12.6 million makeover for safer cycling as TfL unveils 11 new projects across the capital

This morning, the Mayor’s office confirmed to road.cc that the name had been chosen as the new branding for Cycle Superhighways and Quietways.

When the Cycling Action Plan was launched in December, London’s cycling & walking commissioner Will Norman told the Evening Standard’s Ross Lydall that the likelihood was that all new routes would in future be known as “cycleways.”

He also said that physical segregation of cycle lanes would take place where the danger to cyclists was deemed to be highest, based on factors including the space available, the speed and amount of motor traffic, and the presence of side roads and lorries at the location in question.

“Not all Quietways are quiet and not all Superhighways are super,” he explained. “This will result in more segregation across the network.”

We are checking with the Mayor’s office whether existing Cycle Superhighways and Quietways will have their names changed to Cycleways, or whether the rebranding just applies to future infrastructure.