The ticket ballot for the UCI Road World Championships Sportive is now open with 5,000 places available for the once in a lifetime chance to ride the same roads the pros will race in their pursuit of the rainbow jersey. The ballot is open now and you can find it here. 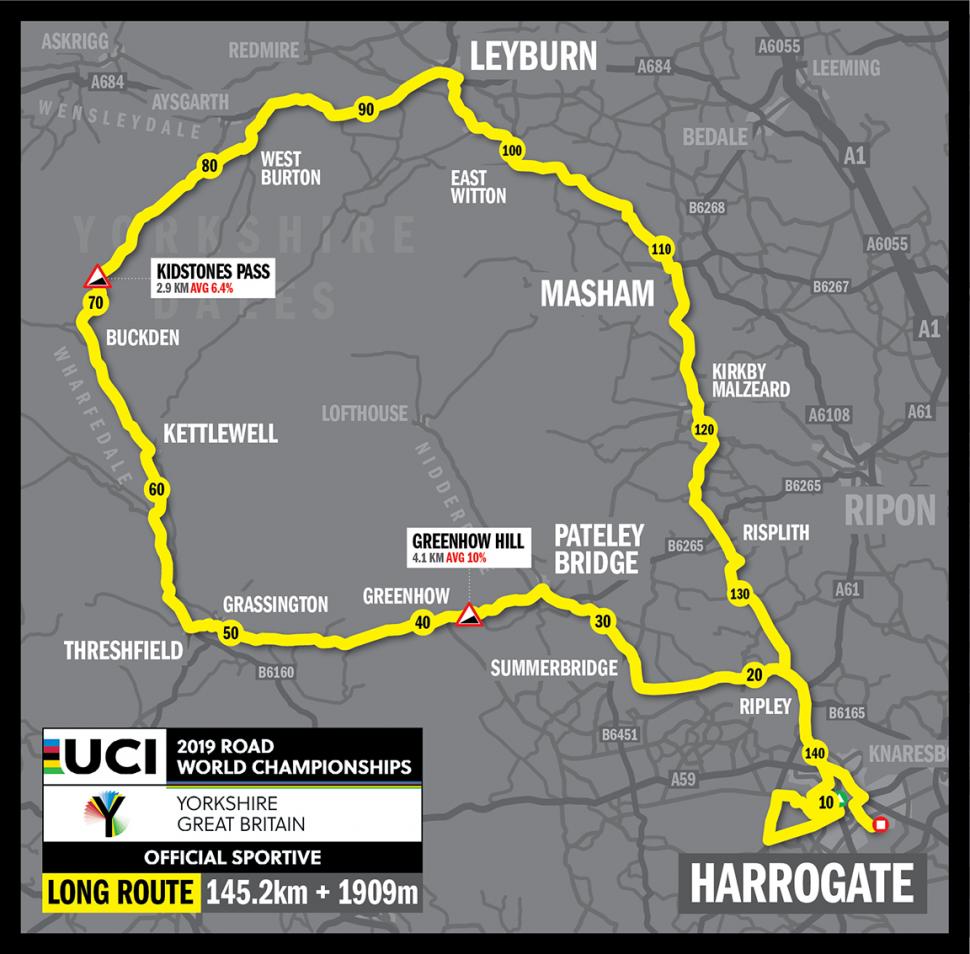 The Sportive which takes place on the 22nd of September offers riders the chance to pit themselves against a choice of three routes: 145km, 98km, and 72km delivering 1909m, 1300m and 916m of climbing respectively. All will take in large chunks of the course the pros will race over for the World Championships a week later. 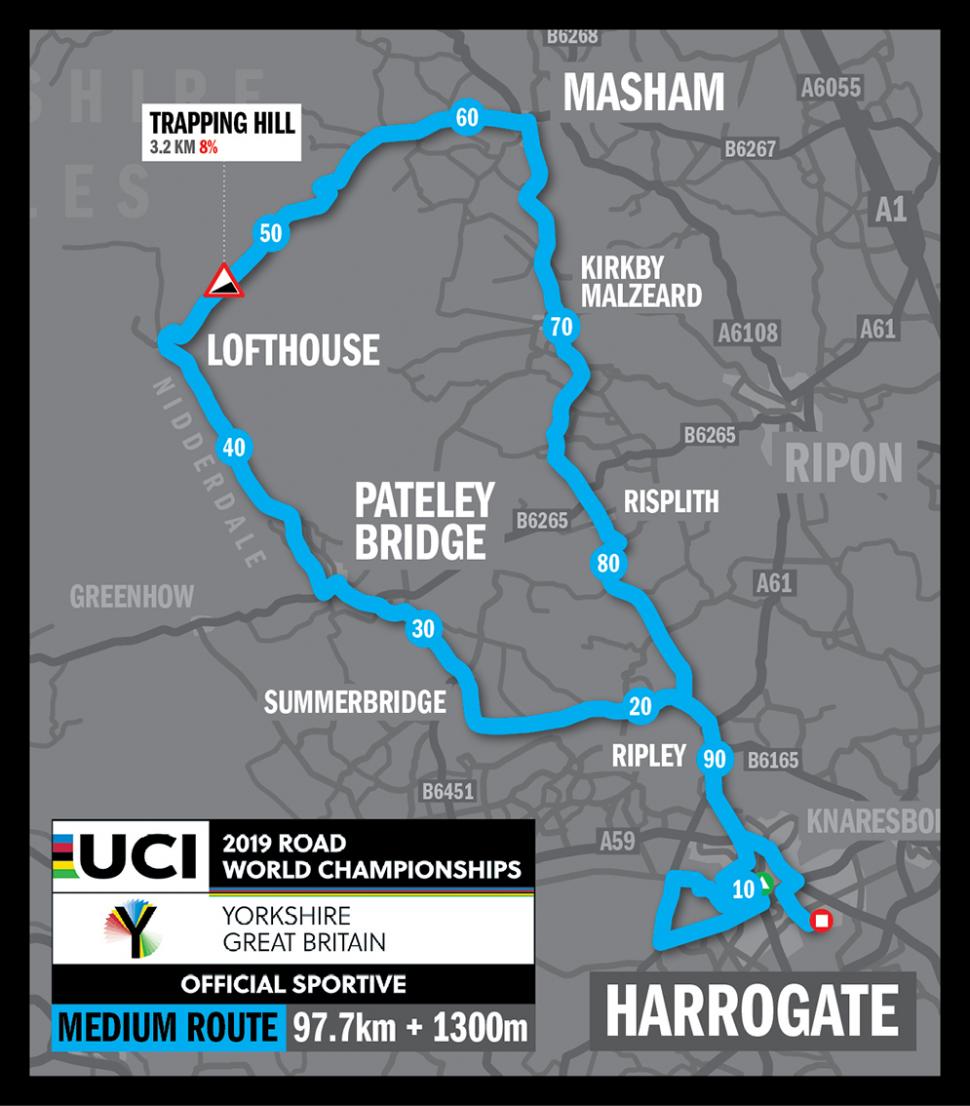 Organisers, Human Race, expect heavy demand for tickets - hence the ballot system. Once you’ve registered year interest you’ll have a little over two weeks to wait until places are allocated on 20th of March. There are three different options available in the ballot: Individual entries at £67.50 for the long and medium routes and £57.50 for the short route; Team ballot for 2-4 people one gets in and you’re all in – which is the same price as the individual ballot; or Guaranteed entry which is £89 for all routes, but as the name suggests guarantees you entry (so long as they haven’t sold out) and which also includes car parking and entry to the event expo.

Worth noting that as is often the case with these things ballot entries are non-refundable and non transferable. Oh and this is an open road event. 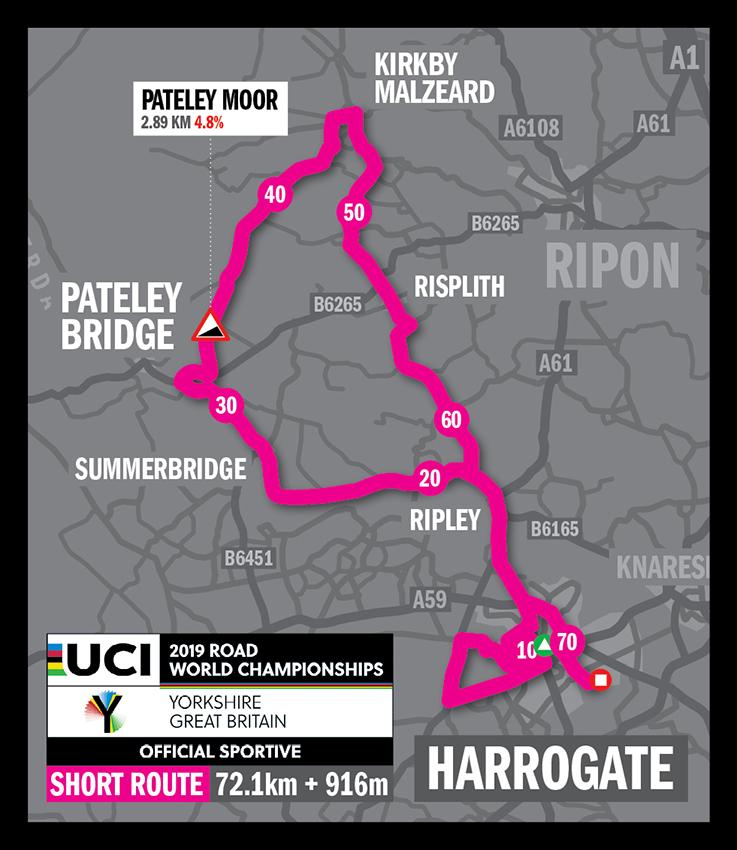 It should also be a true once in a lifetime cycling experience - Sir Gary Verity chief executive of Welcome to Yorkshire certainly thinks so: “The UCI Road World Championships in Yorkshire this year will be one of those ‘where were you when’ moments so to be one of the 5,000 amateur cyclists taking part in the official sportive, riding on the same roads as the professionals, in front of massive crowds will be will be an unforgettable experience!”

The sportive kicks off a week of racing over Yorkshire's road that includes the elite, U-23s and junior  men's and women's Road World Championships and Individuall Time Trial World Championships, the Yorkshire Para Cycling International and the first ever Mixed Team Time Trial in which national teams made up of three male riders and three female will battle it out to set the best time.  You can find out all about the races and enter the sportive ballot by visiting the https://worlds.yorkshire.com/ website.