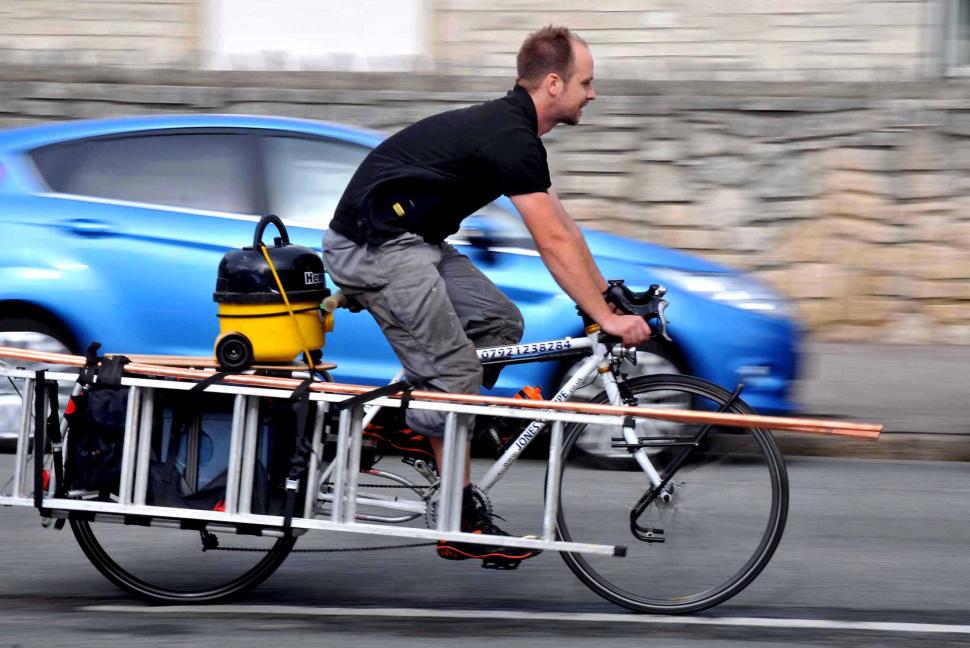 A plumber from Dorset has turned to pedal power to get around the disruption caused by Olympic road works as Weymouth gears up to host the sailing events in the 2012 games.

Chris Jones, aged 28, says that taking to his bike to get between jobs has saved him time and money as well as helping him get fit, according to the Metro newspaper.

“I can carry up to 50kg of equipment on the bike and it gets me through any traffic blockages,” he said. “I get to my customers on time and my fitness rate is going up,” he continued.

Chris gave the newspaper one example of how using a bike to get around had helped him beat the traffic jams.

“Just last week an important bridge was partly closed for three weeks and traffic control meant that mile long queues built up each way and the only way to get around it was to get on my bike,” he explained.

“On the bike I can tell my customers that I will be there at a certain time and know I will be there,” he added, “and not sitting in a traffic queue for half an hour and then being late.”

We caught up with the pedalling plumber who managed to spare a few moments out of an obviously hectic schedule to give road.cc a bit more background into his decision to take his business, Jones The Pipe – yes, he is Welsh – onto two wheels.

Chris, it turns out, is no slouch on a bike, and although he describes himself as “at the fast end of average,” a personal best of around 21 minutes for a 10-mile time trial, plus the fact he’s competed in the past in national championships, suggest he’s perhaps being too modest about his abilities.

The bike itself is a Planet-X frame with an Xtracycle bolted onto the back, and as for any danger posed to passing pedestrians by that copper piping you can see in the picture, well that was added for the benefit of the photographer, with Chris usually carrying coils of plastic piping instead. He also points out that his own anticipation of potential hazards is heightened because of the different feel of the bike compared to others he has ridden.

Unsurprisingly, the bike has also proved a bit of a conversation starter, not just with customers who have given him a very positive reaction although they are initially surprised when their plumber doesn’t turn up in the stereotypical white van, but also fellow cyclists – indeed, he has to factor an extra five or ten minutes into his journey time to account for riders keen to quiz him about it.

And while Chris is happy he’s saving money he’d otherwise have spent on petrol, his expenditure on another type of fuel is very much on the rise, with regular trips to the local baker to replace those calories he's burning as he rides from one job to the next.