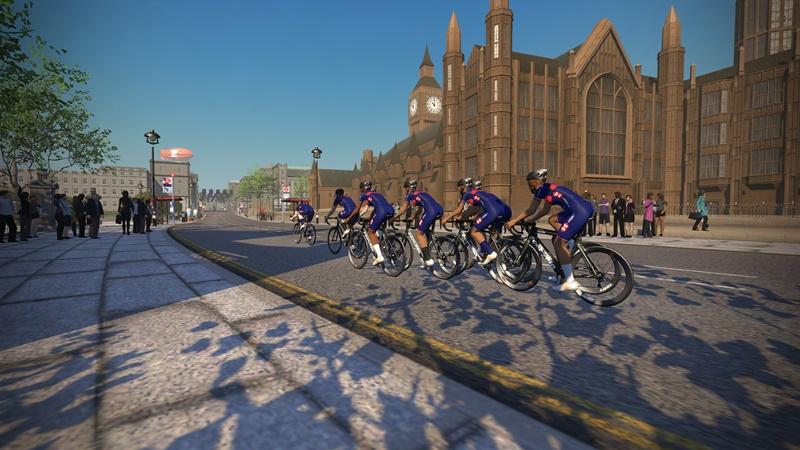 British Cycling is to launch a new virtual reality championship on Zwift. Starting in February, riders will compete for a national jersey across a series of short races, including a time trial and an elimination race.

There will be a series of qualifying rounds culminating in a final between the top ranked riders.

Anyone can compete in the race, but to qualify for the finals and the national title, you must be a British Cycling member.

The news comes after the UCI announced it would create an eSports World Championships and said it was drawing up rules for virtual cycling races.

Eric Min, Zwift CEO and co-founder, said: “Wearing your country’s national stripes is a huge honour, but relatively few ever get the chance to compete.

“But that is not the case with the British Cycling eRacing Championships, powered by Zwift, as everyone in the country is eligible to throw their hat into the ring. We are looking at dates in February and March 2019, so now is a good time as ever to start training and keep in shape this winter.”

The development is part of a broader partnership between the two organisations that will also see the two combine to deliver structured training plans to British Cycling members, with virtual rides with the Great Britain Cycling Team, progression tracking and exclusive in-game items available through the platform.

British Cycling’s Commercial Director, Jonathan Rigby, commented: “The eSports market is particularly exciting for cycling as it enables so many more people to participate and be active.

“We are thrilled to be exploring this new territory with Zwift to innovate in cycle sport. Their technology and our cycling expertise will together allow communities of cyclists to get more out of riding bikes for competition and for fun.

“We are also excited about what this could mean for identifying talent. We are proud to have a wealth of gifted riders competing on the world stage and we are confident that Zwift technology will enable us to unearth more future stars.”