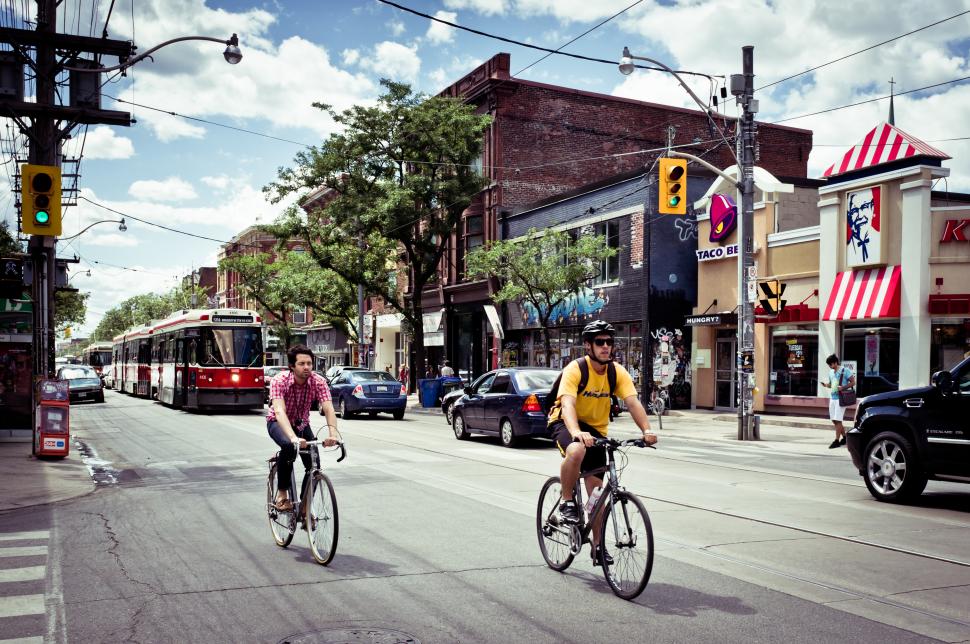 Officer had successfully avoided dooring three previous cyclists, so apparently he was being “mindful”
by Alex Bowden

A Toronto police officer who parked in a bike lane and opened his door into the path of an oncoming cyclist, knocking him to the ground and breaking his wrist, will not face charges following an investigation by the Ontario Special Investigations Unit (SIU). Road safety activist and Toronto injury lawyer Patrick Brown told the Huffington Post that the decision sends out "a very poor message" about cyclist safety.

A Cycle Toronto spokesperson said the organisation was "alarmed" the officer was not charged.

"Dooring is very serious," she said. "We would like to see Toronto police take it much more seriously than they do."

On the morning of June 5, an officer pulled over a driver he had seen texting and driving on Adelaide Street West, between Simcoe Street and Duncan Street.

The officer parked his vehicle behind the pulled-over car, in the bike lane, and did not activate his lights.

The officer exited once, to speak to the driver, then returned to his vehicle to prepare a ticket.

Just as he was about to exit again, two cyclists passed on the driver’s side. The officer let them pass and then opened his door slightly as a third cyclist went by. He then opened it fully, causing the collision with a fourth cyclist.

Tony Loparco, director of the Special Investigations Unit said that the Highway Traffic Act (HTA) places the onus on the party exiting a motor vehicle to ensure that the opening of his or her door will not endanger or interfere with the movement of any other person or vehicle.

“It is clear that the [officer] was at fault,” he wrote.

However, he added that the question was whether the officer’s actions rose to the level required for the offence of criminal negligence causing bodily harm.

According to Loparco, “… there is evidence to suggest that the [officer] was in fact mindful of cyclists in the bicycle lane in the seconds preceding the collision with the Complainant and his bicycle.

“From the moment the officer pulled up in his cruiser behind [the] vehicle, he had seen and allowed two cyclists to pass him before nudging his driver’s side door slightly ajar while waiting for a third cyclist to go by.

“In the final analysis, while the [officer] was clearly to blame for causing the accident and may well be liable for committing an offence under s. 165 of the HTA, his indiscretion amounted in essence to a momentary lack of attention and fell short of constituting a marked departure from a reasonable level of care in the circumstances.

“Consequently, I am satisfied that there is no basis for proceeding with criminal charges against the subject officer in this case, and the file is closed.”