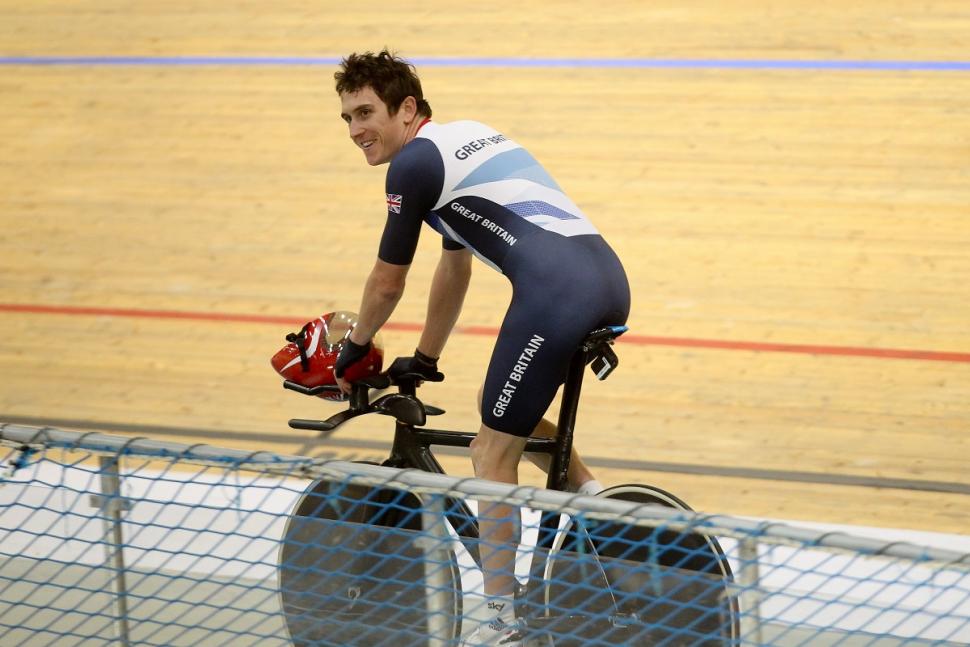 Velodrome to take name of Tour de France winner who's trained there since it opened in 2003...
by Tony Farrelly

Last week Geraint Thomas was feted with a homecoming victory parade through the streets of Cardiff, this week the Newport Velodrome on which he’s spent so much time racing and training is to be renamed in his honour. All because three weeks ago he won that bike race in France.

It’s fair to say that Geraint Thomas was pretty chuffed - he’s been training at the Newport Velodrome since it opened back in 2003:

"It’s a huge honour for me to have the Velodrome renamed after me - I can’t quite believe it if I’m honest!

"The Velodrome has played a pivotal part in my cycling story and continues to play such a key role in inspiring the next generation of cyclists in South Wales.

"It’s a fantastic facility for riders of all ages and abilities to hone their talents.

"I would personally like to thank everyone who has played a part in this and look forward to seeing everyone for the grand opening."

John Harrhy, Chairman of Newport Live, the registered charitable trust that runs the Velodrome, said: “We were all thrilled with Geraint’s historic Tour de France victory and the board and our key partners were immediately unanimous in supporting the renaming of the Velodrome in Geraint’s honour.

“We have welcomed Geraint to the Velodrome on many occasions and are proud to have been a part of his success, so to have his name attached permanently to Wales’ national cycling centre will inspire everyone who uses the facility and be an important part of the legacy that comes from such incredible achievements.

“Already enquires for cycling have increased significantly with people of all ages and backgrounds wanting to ride. Newport Live looks forward to delivering world-class services and we look forward to working with Geraint in the future, to develop the legacy from his success and inspire people to cycle and take part in sport.”

Newport Council made the proposal to rename the velodrome and speaking on their behalf Councillor Debbie Wilcox, Leader of Newport City Council, said: “We want to show our appreciation of Geraint’s awesome achievement. This is the glittering prize in an already stellar career in which Geraint has notched up a wealth of titles, including two Olympic golds on the Track.

Next month Geraint Thomas will be back in Newport riding the Tour of Britain with Team Sky and Chris Froome - maybe they’ll have got the name over the velodrome door changed by then too.