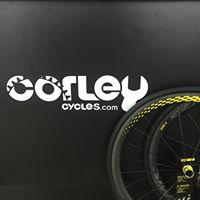 Milton Keynes shop says stock stolen on Sunday night was worth £70,000 - three other shops targeted in recent weeks
by Simon_MacMichael

A number of independent bike shops have been targeted by thieves over the past fortnight or so, the latest being Corley Cycles in Milton Keynes, with 22 bikes worth around £70.000 stolen following a break-in on Sunday night.

Thieves also struck at JE James in Rotherham in late July and JC Cook Cycles in Grimsby last Thursday night, while Sunday saw an attempted break-in at 18 Bikes in Sheffield, although nothing was stolen on that occasion.

“Please bear with us for the next couple of days, we were broken into last night.

“An awful lot of damage has been caused to the shop and circa £70k worth of stock has gone.

“We are open and need all of your support more than ever.”

The shop subsequently posted a list of bikes that had been stolen.

J C Cook Cycles also posted details of the bikes taken in last week’s break-in and is offering a bike worth £2,000 as a reward. It said: “As some of you may know if you have been into our Wilton Road store today we were broken into last night and have had 7 bikes stolen."

The company added: “Do not buy these bikes, get the information and let us know we would be extremely grateful.

“£2,000 bike given as a reward for information that leads to the conviction of the people in question and return of the bikes.”

JE James is also offering a reward after thieves targeted its Rotherham shop in the early hours of Saturday 28 July, with the company saying that “our main entrance has had the roller shutter forced open and main door smashed to gain access.”

The company added: “There will be a cash reward for any information that directly leads to the retrieval of these bikes.”

Finally, 18 Bikes, which is based in the Hope Valley in Derbyshire’s Peak District, was the target of an attempted break-in on Sunday night, with the shop saying that thieves caused “a bit of damage to a couple of bikes and made a mess of the door and security grille,” but left empty-handed.