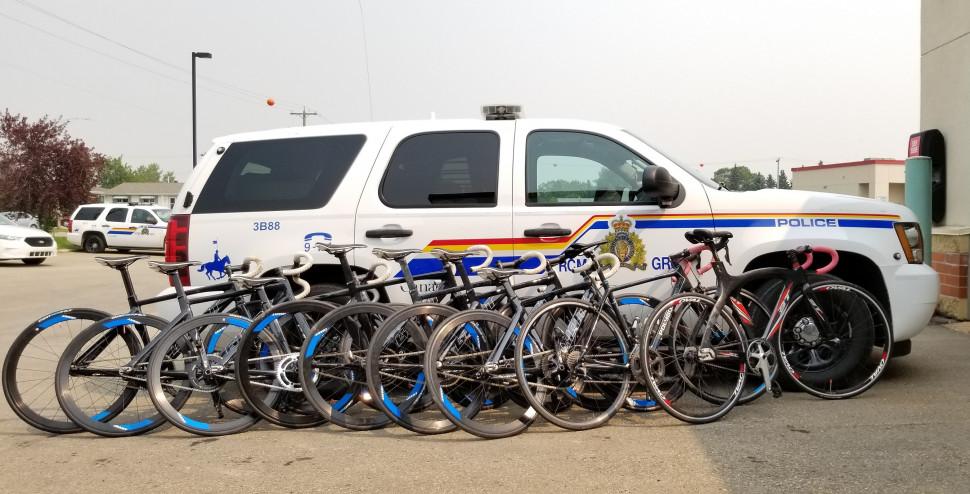 The Mounties Always Get Their .... Bike - 9 track bikes stolen from Malaysian team recovered by police in Canada

“The Mounties always get their man,” the saying goes – but this week, the Royal Canadian Mounted Police (RCMP) have got their bikes, as officers recovered nine track bikes that had been stolen from a Malaysian cycling team training in the country.

In all, 10 bikes and other equipment had been taken from a storage shed at the Argyll Velodrome in Edmonton, Alberta that was broken into on 18 July, reports the Edmonton Journal.

The bikes belonged to a Malaysian youth cycling team who were spending the summer training in Canada ahead of competing in major events later this year.

The team’s riders, aged between 17 and 21, were able to continue training on borrowed bikes but last week returned home to secure new race bikes.

Velodrome officials yesterday informed the team’s management by email of the recovery of the bikes, which were found undamaged at an abandoned property in Nisku, south of Edmonton.

The RCMP said that it had received information that led it to the location and while no arrests had yet been made, its investigation “is progressing well.”

It added that the bicycles were undamaged and will be retained for evidence until the investigation is completed.

Corporal William Hiscock of the RCMP Central Alberta District said: "It's outcomes like these that make our Crime Reduction Unit members very happy.

"We understand the loss that the racing team felt and we're very pleased to be able to return these special bikes."